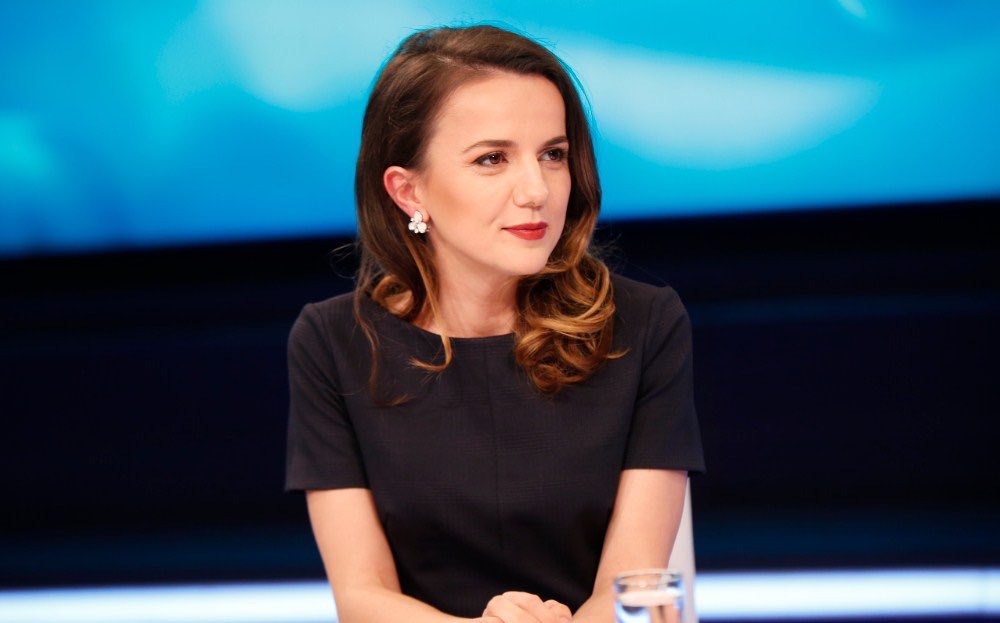 Last week’s decision of the European Council not to open negotiations with Albania and North Macedonia has consumed the attention of the region. However, despite this setback, both countries still pledge to continue their EU path, which still contains numerous reforms on the agenda. We talked about the aftermath of the Council’s negative answer, EU reforms in Albania and the current political situation in the country with Rudina Hajdari, Member of Parliament of Albania and Chair of European Integration Committee.

European Western Balkans: German Parliament supported the start of accession negotiations with Albania under specific conditions for opening negotiating chapters. However, European Council failed to support your country. Do you believe that these decisions were justified?

Rudina Hajdari: The EU Council’s decision was not as positive as we expected to be. However, as far Albania, there is a clear road map given the by the German Budenstag, we must take stay on track for Europe.

The green light of German Bundestag to open EU accession negotiations with Albania and North Macedonia shows a vision of the Europe we all hope for, “at whole, free and at peace”.  One might rightly ask if Albania has met the high standards of European Union membership to start accession talks. The honest answer is “no”, however this should not be the only deciding factor for the member states of the EU, including the sceptical countries such as France and the Netherlands etc. Managing to fulfill all of the conditions perfectly is one aspect. What is most important is that we see our countries become more democratic in the coming years and really take on fight against corruption and patronage.

The start of negotiations talks for both Albania and North Macedonia would have been a small step for these countries, but a golden opportunity to put reforms on the fast track and make governments more reliable to deliver what is being asked from them. The start of accession talks is an ongoing process that takes time and does not mean automatic EU membership.

For Albania, the start of accession talks is crucial for many reasons. Most importantly, it will encourage further reforms especially in the sphere of the rule of law, the fight against corruption and crime and human rights. The failure of the EU member countries to reach agreement to begin talks last year has been often used for internal political consumption which has led to a more fragmented political situation. The government argues that the delay comes from the EU bloc’s lack of commitment to enlargement, while the opposition blames the government entirely for failing to address the issue of organized crime and corruption in the country.

As an MP, I regret to admit that Albania is still facing unprecedented political and institutional challenges. I know that we have a lot more work to do in order to have a functioning democracy that better serves our people. As a citizen of Albania, I believe that we deserve a positive decision very soon as a reward for the great pro-Western spirit in Albania, where 90% of its citizens approve of the EU membership.

EWB: European Commission’s Report described strong polarization in the Parliament of Albania, that reached its peak with most of the MPs resigning in February. Since this negatively affects EU integration process, has the ruling majority taken steps to improve the situation?

RH: To correct you, most MPs did not resign in February. Most MPs that left their mandates have been replaced in the Parliament and now the Parliament is functioning normally. Those who left attempted to influence our political process through threats of violence. They threatened to “burn their mandates”. Our international partners refused to submit to threats and mediate yet another international agreement. When I became member of parliament in 2017, I was critical of boycotts and could not in any way agree to the terms of abandoning our duty. It’s a shame that these individuals chose to leave the political system.

The opposition cannot afford to lose more time to threaten or undermine our fragile democratic system. We cannot claim to start from scratch every time the government changes. My decision last February to remain in Parliament and form my own opposition parliamentary group is to build, and continue to build, a pluralistic opposition—comprised of people brought to Parliament on the strength of their conviction, not the power of patronage by their our political party leaders.

EWB: At the time of this interview, electoral reform in Albania is in the focus – it is one of the conditions set out by German MPs. The same topic is also present in Serbia, where European Parliament decided to mediate the discussion since the sides could not find common ground. Will this be necessary in Albania? Is there a solution both sides can be satisfied with?

RH: Electoral reform is a topic which we are fully capable of achieving in the same manner as any other country. We value the OSCE’s council, and the advice of our allies—but we are already moving toward consensus on a new political system through dialogue between parties, and formation of ad hoc Committee to agree reforms that our agreeable to all stakeholders in our political system, including OSCE recommendations. One stakeholder is, of course, the European Union. We are also moving forward when it comes to finding a consensus on the full implementation of the OSCE recommendations and looking at party financing. In this regard, we are hoping that all opposition will join their efforts on this important reform, by letting a seat open at the ad hoc Committee for their invaluable contribution.

EWB: As the Chair of the European Integration Committee in Albania, what do you see as the biggest challenge in Albania’s EU reform agenda in the short term?

RH: A polarized political system has adversely affected Albania’s political development. The Commission certainly did not deduce that this polarity should stall EU Accession negotiations—but polarization has bred a youth involvement in the political system that amounts to less than 18% electoral participation among young male voters. We are a young country, and we must prevent the youth from losing interest in this country. Encouraging youth participation in all processes, and addressing the polarity which makes politics divisive will have extremely positive outcomes, extremely quickly.

EWB: How impactful has been the cooperation between the Parliament of Albania and the European Parliament over the past years and what do you expect from the 9th term of EP?

EWB: How is the civil society in Albania currently involved in the EU accession process, and how is the involvement going to be arranged once the accession negotiations are launched? Will the parliament play any role in this process?

RH: The European Integration Committee (CEI) has always been committed to have a holistic approach in the EU Integration process, involving all the interested stakeholders. It is both sides, in one hand it is an obligation deriving from the rules of the procedures of the Parliament, and on the other one it is a national interest that prevails. On this point of view the CEI has proceeded with a sensibilization campaigns across the country on the importance of the participation in the process of all stakeholders. We can mention the one that has been held in 2008, and the other one which is under process. The CEI has already organized one meeting in the southern Albania on the Obligation of the SAA, where the participation included local authorities, civil society, groups of interest and other people from south Albania. The CEI is preparing other two meetings, one in the central Albania and the other one in northern Albania.

The aim of the meetings with the civil society and the groups of interest goes under the principles of subsidiarity and increases the political participation in the European integration process. The CEI has open doors and welcomes the civil society to cooperate at any stage of the work of the committee.

This interview is conducted in the framework of the EU-funded project “Applying Sector Approach to Civil Society Contribution in EU Integration of Albania” implemented by Cooperation and Development Institute in partnership with Centre for Contemporary Politics and Friedrich Ebert Foundation. The opinions, conclusions or recommendations expressed are not reflecting those of the supporting institutions.

European Commission: Croatia has met the standards to join the Schengen area

French citizens’ convictions against enlargement are not firmly held