France’s decision to block accession talks with Albania and North Macedonia are a signal that it wants to end the European Union’s enlargement to the Balkans. Macron is using the UK’s exit and Merkel’s fading power to grab the throne as Europe’s foreign policy leader. But his behavior towards our region has been pretty Trumpian – transactional rather than strategic. Moreover, the positions that France and the Netherlands have taken especially on Albania (and Kosovo on visa liberalization) have xenophobic undertones. In European capitals, there are already serious discussion underway about the Balkans being offered a pathway only to the European Economic Area. If countries in Central and Eastern Europe feel they have been given second class treatment by Western Europe, the Balkans are now officially third class.

The overall sense that the Balkans are losing their EU perspective has effectively killed the EU’s leverage in the Kosovo-Serbia dialogue. The EU anchor was the key weapon getting the countries to sit at the table and talk. With no EU perspective, Serbia has no pressure to recognize Kosovo and the latter has no incentive to take part in any dialogue that does not lead towards recognition. Furthermore, Germany’s decisive role in the region has also been given a big blow. The only foreign power capable and willing to get something going is the United States, but it remains unclear what special envoy Richard Grenell can offer to Serbia in exchange for a recognition deal that would irritate Moscow. If anyone has a magic bullet up their sleeve, now would be the time to take it out. Otherwise, considering the complicated domestic political situation in both countries, the motivations to engage in the dialogue are very low.

We are entering new territory, with no external drivers moving the region towards permanent peace and democratization, which means security concerns will take priority. The region needs to come to terms that with the European consensus on the Balkans breaking, we are left pretty much to ourselves. This goes beyond Kosovo and Serbia, as every countries’ problems have some degree of regional implications. Our divisions and animosities are still too great for us to be able to settle the political and security architecture of the region on our own. That is true especially in a macro political context that empowers authoritarians and revives national projects. We are therefore entering a period of insecurity where instead of seeking for solutions, we will have to try to contain risks and prevent any further deterioration.

Malign actors are glowing with joy after Macron’s blunders, therefore NATO has officially become the only important game in town. It was epic timing for Russian president Dmitry Medvedev to be in Belgrade on the day Macron torpedoed EU policy. Medvedev’s glowing tweets praised Europe for abandoning ambitions to “dominate” the Balkans, but also criticized the U.S for not doing the same. Medvedev is on to something and understands what is the only remaining obstacle to Russia’s ambitions. As North Macedonia finalizes its NATO accession process, the irony is that even in the Trump era the U.S remains more credible than the EU in delivering on its promises and in supporting the region’s westward orientation. After its stellar success in Ukraine and Syria, Russia now has very fertile ground to also destabilize the Balkans via proxies if it needs to. The only real obstacle is further NATO expansion and the alliance’s commitment to defend Kosovo and Bosnia.

Kosovo will have to adjust its strategy in light of the new circumstances by prioritizing its relations with its key security partners. It is unclear what the approach of the new VV-LDK government will be as they have been evasive on foreign policy. But if there is no dramatic and unexpected movement forward in the dialogue by the divided West, Kosovo will need to readjust its strategy and approach not just to the dialogue but its foreign policy in general. Kosovo has consolidated itself as a state and has established effective control over the entirety of its territory, but would have to defend the gains and find space to unlock its international isolation. Priority should, therefore, be given to bilateral relations with key security partners such as the U.S and UK and a further deepening or structuring of ties to Albania, especially in foreign policy. Albania has already taken up the role of representing Kosovo in both bilateral and multilateral settings where Kosovo cannot take part. If Albania’s EU trajectory goes nowhere, it is possible that the relationship could in the next few years evolve into some kind of confederation. Kosovo will enter any kind of bilateral or regional arrangements as a state.

The best that Kosovo could do in the meantime is to focus on its domestic weaknesses in the area of rule of law and economy, which might strengthen also its international standing. The exemplary election process has given the country a breath of fresh air and a new sense of confidence. Nevertheless, many local and foreign actors have a sense of unease with the first real transition of power. There are those who say that Albin Kurti could somehow be avoided as Prime Minister through a broad coalition of the other parties. This would be not only undemocratic and destabilizing, but also unproductive for those who would aim to do it. Especially if the aim is to create a government that would deliver something on a dialogue that does not seem to be going anywhere. Kurti has so far struck rather statesman-like tones and would have to be given a chance – not just because he won in a race where the terms were clear, but also because he might prove to be more constructive on the dialogue than people think if he is treated like a partner. Western partners should be aware that he was given a mandate first and foremost for a domestic agenda.

This Op Ed has been produced within the project Belgrade and Pristina, Normalizing Comprehensively supported by the Canada Fund. Its contents are the sole responsibility of the author and do not necessarily reflect the views of the Canada Fund, nor the Belgrade Security Forum.

[BSF] Five Points on the Belt&Road

Novelists in Chain or Chained Novelists 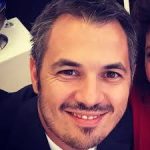 Policy researcher and development consultants from Kosovo. Creator and co-founder of Sbunker. He studied Political Science at the American University in Bulgaria and was rewarded MA in International Development Policy from Duke University (USA).