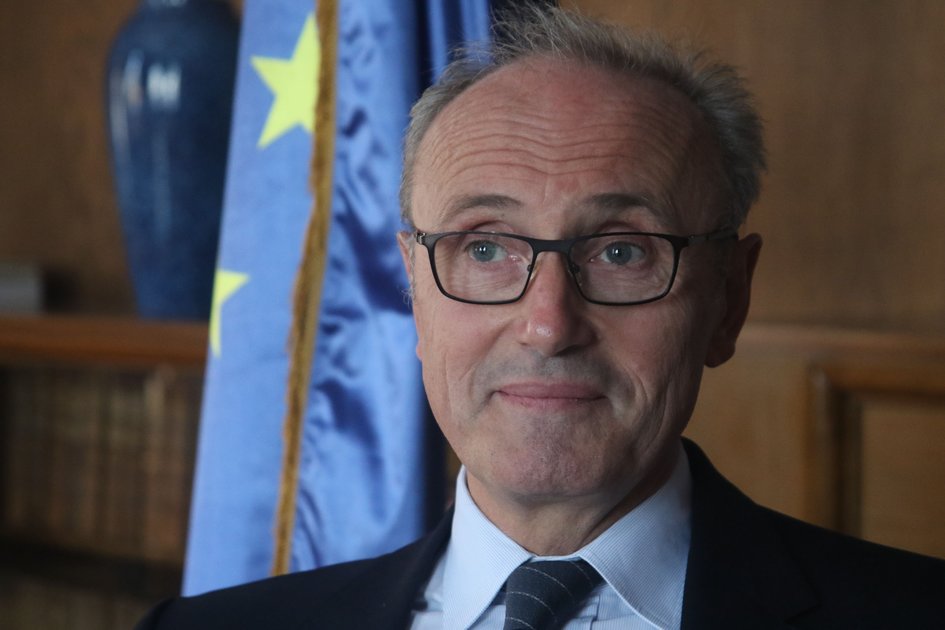 BELGRADE – Ambassador of France to Serbia Jean Louis Falconi tweeted today that his country is not aiming for a “veto” or some sort of “privileged partnership” but that it supports full membership of Serbia and the Western Balkans in the EU.

What France proposed to the Council of the European Union was an idea of modernisation of the accession process, which would enable candidate countries that have met criteria in certain fields to begin using its benefits instead of waiting for an end of the whole process, Falconi stated in an interview for FoNet two days earlier.

He explained that the current slow accession process should become “quicker, more progressive but also reversible”.

According to him, the results of the current accession process are not enough, the citizens do not see anything concrete, and the process is often bureaucratized.

The idea is that, when a country finishes with the negotiations in a certain area, it would be able to sit down at the same table with the member states and participate in policy making, but without a voting right, Falconi explained in the interview.

When it comes to differing interpretations of the position of the French President, Falconi reminded that Macron was very clear during his visit to Serbia in July, when he confirmed that the EU’s promise of Western Balkans’ accession in the EU will be fulfilled.

However, he also remarked that it is not hard to see that the EU is not functioning well, the Ambassador stated.

He explained that this is the reason why Macron became engaged in the process of improving the functioning of the EU, which includes reforming the defence and social policy, the way trade agreements are negotiated, as well as making it more attractive for the citizens.