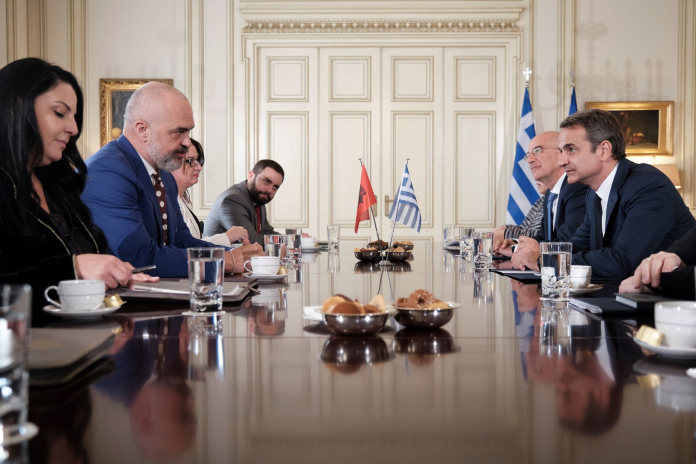 Meeting of Prime Ministers of Albania and Greece; Photo: Government of the Hellenic Republic

Rama stressed in the meeting that “despite the decision of the EU Council, Albania will continue implementing reforms with the same determination”.

At the same time, it is in Albania’s interest as much as it is in the interest of neighboring Greece, to discuss all issues of common interest and to strengthen cooperation between the two sides, he stated.

Two Prime Ministers talked about plan of measures to guarantee the right of property to Greek minority in Albania based on the international conventions and obligations. Greek Prime Minister welcomed Rama’s commitment to move ahead with the registration of Greek minorities and their properties, a key issue for Greece in its relations with the neighboring country.

Mitsotakis also emphasized the importance of the Maritime Agreement of 2009 and that the bilateral agreement on mutual recognition on driving licences will soon pass for approval in the Greek parliament.