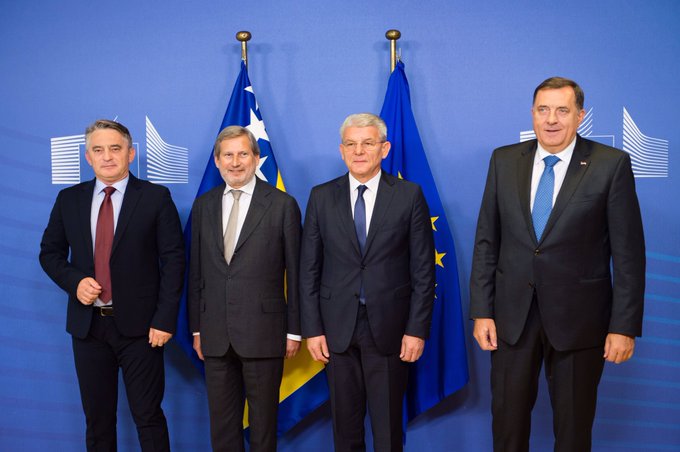 Hahn tweeted that the meeting with the Presidency members was constructive.

Milorad Dodik, Serb Presidency Member, said that no important decision for Bosnia was made at the meeting in Brussels, adding that the members of Presidency confirmed their different views of future of BiH.

He said that two members of Presidency, Bosnian and Croat representatives, Džaferović and Komšić, had stated that they are for joining BiH into the EU and NATO, while he is stressing that he is only for EU path.

“For us in Bosnia, nothing outside of what is being done within the EU framework is acceptable,” said Šefik Džaferović, commenting on “little Schengen” initiative, adding that is necessary for BiH to be part of regional cooperation, but within the framework of the country joining the EU.