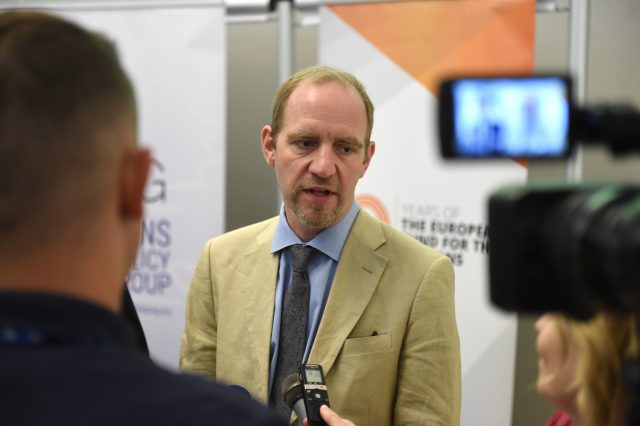 BRUSSELS – French President Emmanuel Macron’s refusal to start accession talks with Albania and North Macedonia has killed a key EU strategy for transforming the region, wrote Florian Bieber, professor of Southeast European History and Politics at the University of Graz and coordinator of the Balkans in Europe Policy Advisory Group (BiEPAG) for Politico.

“The fact that member countries, such as France, cannot agree to back the judgment of the European Commission – which found earlier this year that both North Macedonia and Albania fulfilled the criteria to start talks – is indeed a crisis”, Bieber wrote.

According to Bieber, this tells that member states do not believe the Commission’s work.

However, he emphasized that this situation is not necessarily a bad thing, adding that he believes that EU needs to develop a new foreign policy in the Western Balkans, that does not focus only on the membership process at the cost of “good diplomacy”.

„For the EU, this could be the moment to finally focus on developing better tools to deal with autocrats in the region who have few incentives to let go of their informal control of national institutions“, Bieber wrote for Politico.

In his point of view, the EU and Western Balkans need to find new ways to work together.

„The six countries of the region could find specific policy fields in which they could integrate into the EU, without formally joining the bloc“, Bieber said, adding that EU, in turn, could support these efforts with expertise and resources.

That way, even if membership turns out to be a longer way than many had hoped, the region could move closer to the EU, Bieber concluded.