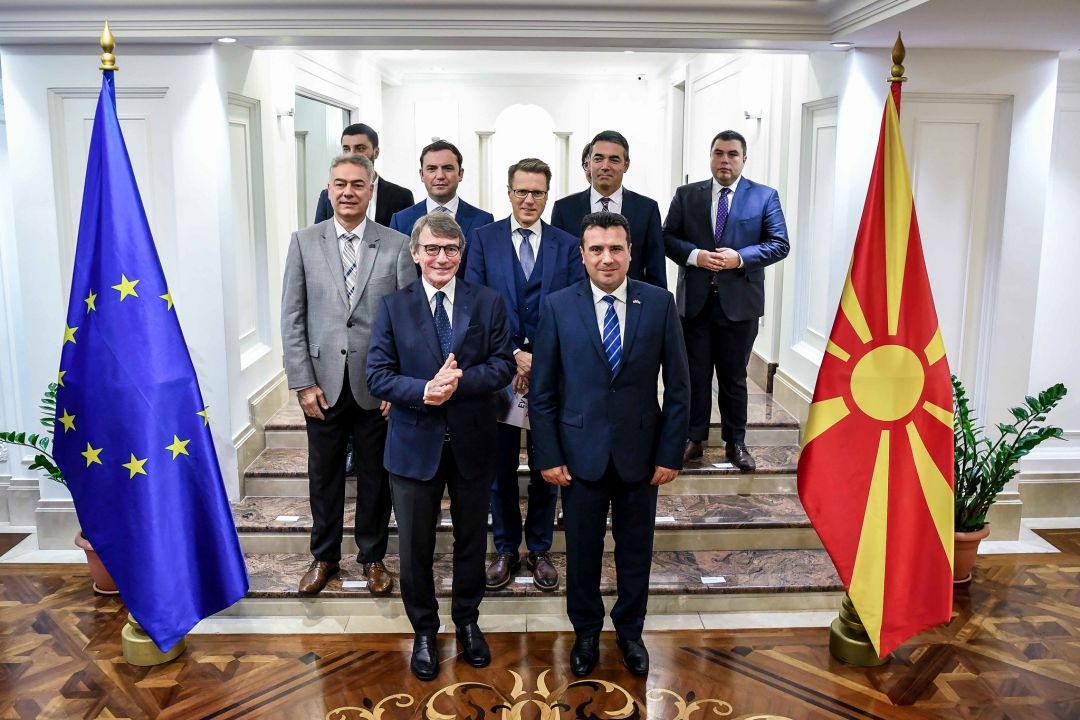 SKOPJE – The future is in ours and in your hand, lets us not lose hope because the European Union needs to work together with North Macedonia to do its utmost to be a member and to participate in the building of a new Europe, David Sassoli President of European Parliament said today during his visit to Skopje, PlusInfo reported.

He said that, for the European Parliament and European Commission, North Macedonia is ready to start accession negotiations and expressed hope that the few member states that have a reservation on the issue will manage to overcome their doubts.

„We have a common destiny and a small blockade is not enough to stop our attention towards you, the goal of which is that North Macedonia becomes a part of the European Union. It is a disappointment, but we should have great confidence and hope,“ Sassoli said, addressing the youth who attended the opening of the European House.

Sassoli also met with the Prime Minister of North Macedonia Zoran Zaev and other government officials. He is set to visit Albania in December.