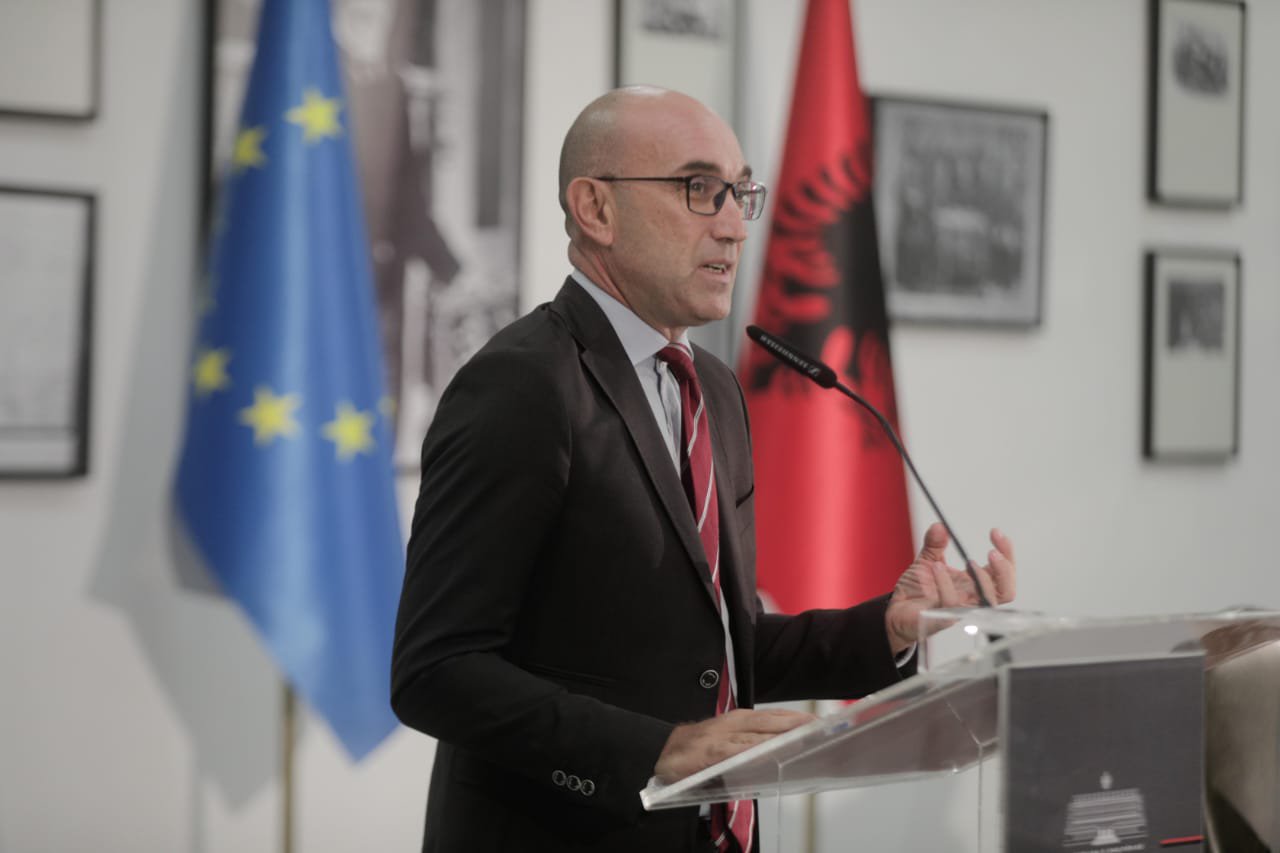 The negative decision of the European Council last month has caused widespread dissatisfaction, particularly in the most directly affected countries, North Macedonia and Albania. However, the region is now trying to look towards the future of the EU integration process, with more or less significant changes being expected by the experts and public officials. We talked about the future priorities and expectations of Albania with Deputy Minister for Europe and Foreign Affairs in charge of accession of Albania to EU Sokol Dedja.

European Western Balkans: What are the immediate priorities of the Albanian government in the context of the EU accession process following the failure of the European Council to open negotiations with Tirana and Skopje?

Sokol Dedja: Despite the frustration caused by the failure of the European Council to open accession negotiations, Albania remains firmly committed to the implementation of ongoing reforms. We will pursue with determination the consolidation of our reform track record. These are reforms that we have undertaken so as to further transform our country, to consolidate a democracy that is based on the rule of law, and to continue the restructuring of our economy.

Albania has embarked on an unprecedented reform of the justice system which is transforming it thoroughly so as to make it accountable and independent. It is eradicating corruption in the judiciary and strengthening the track record in the fight against corruption and organized crime. The European Parliament has considered the results of this reform as “the most comprehensive efforts in this area also compared to what all other countries in the region will have to accomplish on their path towards EU membership”. It is important that these reforms remain anchored in a credible accession perspective.

The accession negotiations provide a sense of direction in the Europeanizing transformation we have undertaken. We are aware that the opening of negotiations is just the beginning of a long and challenging process of transformation, but it is a signal of the credibility of the accession process. This signal of credibility was not given by the last European Council, although the member states recognized our reform achievements and an overwhelming majority were in favor of a decision to open accession negotiations with Albania and North Macedonia. It is in the mutual interest of Albania and of the EU that the work in the rule of law areas be oriented and monitored in the context of accession negotiations benchmarks. It certainly is in the interest of the credibility of the enlargement process to demonstrate that dedication to reforms progress does pay off.

EWB: According to surveys, Albania is one of the most pro-EU countries in the region. However, is there a risk that too long of a postponement would harm citizens’ support for EU process in general?

SD: Clearly, there is disappointment. To avoid irreparable damage to the EU’s power of attraction, we do need re-engagement, i.e. a re-commitment by the EU to a clear EU perspective of the Western Balkans, signaled by a decision to open negotiations with Albania and North Macedonia. Enlargement has worked for millions in the East, in the West, in the North and in the South of the EU. We must recommit to create such a future first and foremost for the people and the youth of the Western Balkans too. This is a strategic investment in the future of our continent.

EWB: Experts and politicians are beginning to discuss changing the enlargement methodology. Do you believe that the current procedure needs to be amended?

SD: The current methodology can certainly be improved. It includes already a very demanding conditionality through opening and closing benchmarks. Issues related to justice, home affairs and fundamental rights are tackled early in the negotiations process and the corresponding chapters are opened on the basis of benchmarks approved by the member states. Should progress under these chapters significantly lag behind progress in the negotiations overall, the EU can block the opening or closing of other negotiating chapters until this disequilibrium is addressed.

We would welcome this conditionality becoming even more demanding, because we view accession negotiations as a transformative process for the country. But EU conditionality can work only if it is credible. Once the criteria the EU has established for a certain step of the accession process are accomplished, this step should be taken. If considerations other than the country’s achievements block that step, then the very logic of conditionality is overturned.

More importantly, any revision of the negotiating methodology should clearly maintain EU membership as the endgame. It is the objective of EU accession that gives the EU leverage and transformative power. Nothing short of that can work.

EWB: How do you assess the participation of the civil society in the EU integration process of Albania? Are there enough opportunities for the relevant CSOs to address all of its aspects?

SD: We are convinced that to meet the challenges of the EU integration process, we should involve stakeholders, thinks tanks, academic experts in formulating and monitoring public policies. This is important in order to ensure public support for the implementation of our EU-related commitments, but also in order to absorb the capacities that the civil sector has developed. We have improved the legislative framework and practice for the participation of civil society in the EU integration process. We have created a mechanism for partnership with civil society in the process of negotiations. There will be institutionalized tables of dialogue for each of the chapters (policy areas) where the commitments in that policy area will be discussed with CSOs and the implementation of those commitments will be monitored. The accession negotiations are transformative also in this respect.

EWB: Some EU members, notably the Netherlands, have been expressing concern over the fight against organised crime in Albania and the effects it has on their countries. What steps have been taken or are planned to be taken to convince them otherwise?

SD: It is important to consider objective data when assessing Albania’s efforts in the fight against organised crime. For example, the amount of criminal assets seized in 2019 has doubled compared to last year and tripled compared to 2014. We are going after big names, after notorious criminal groups and there are already important convictions. We will maintain the level of determination shown so far and will strengthen it. Many police operations against organised crime take place in cooperation with the police agencies of EU member states. Organised crime knows no borders and we have to deal with it together. We are very cooperative also in relation to crimes committed by persons of Albania origin in other countries. But we need to work together. A closer partnership is the only solution to transnational crime.

EWB: What do you expect from the new European Commission when it comes to Enlargement Policy?

SD: The incoming President of the European Commission has expressed her full support for the outgoing Commission’s proposal to open accession negotiations with Albania. She expressed her regret that the European Council did not take that decision, recognised the enormous efforts of Albania and North Macedonia, and underlined that it’s very important that the two countries get a positive signal. So we are optimistic that the new Commission will contribute to overcoming the current dangerous impasse through an EU re-engagement with the Western Balkans.

This interview is conducted in the framework of the EU-funded project “Applying Sector Approach to Civil Society Contribution in EU Integration of Albania” implemented by Cooperation and Development Institute in partnership with Centre for Contemporary Politics and Friedrich Ebert Foundation. The opinions, conclusions or recommendations expressed are not reflecting those of the supporting institutions.