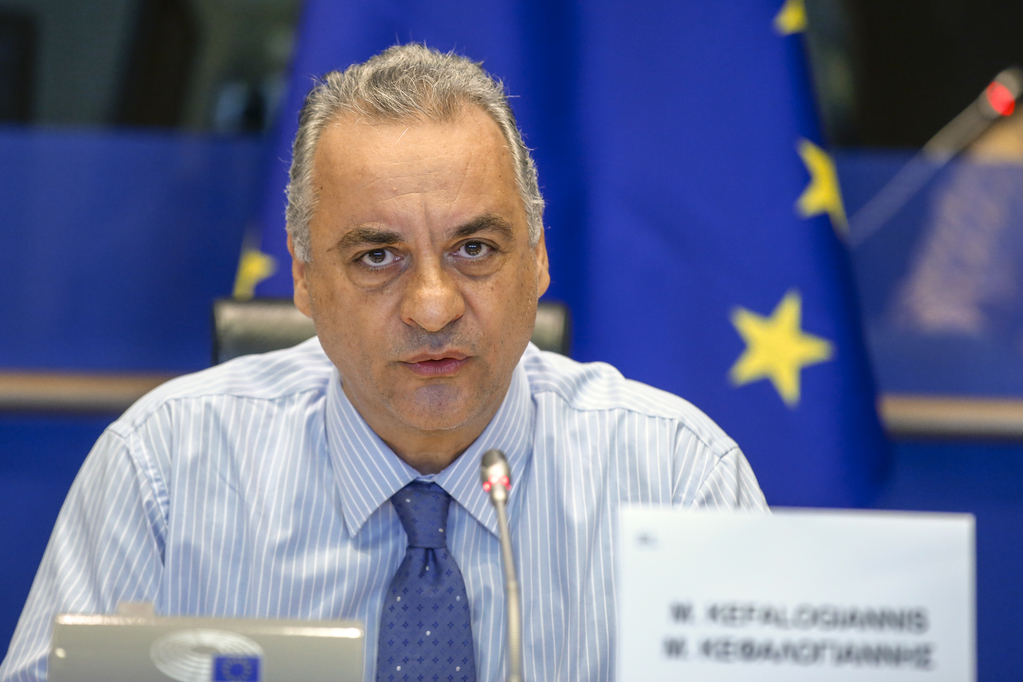 Following our interviews with Vladimir Bilčik and Andreas Schieder, we continue the series of talks with the new chairs of European Parliament Delegations for the Western Balkan countries. This time we spoke to Manolis Kefalogiannis, new Chair of EP Delegation to EU-Albania Stabilisation and Association Committee. Member of Greek New Democracy and European People’s Party, Mr Kefalogiannis shared his thoughts on the recent developments with the EU enlargement policy and the challenges facing Albania for EWB.

European Western Balkans: Do you believe that the recently adopted resolution of the European Parliament on the accession process of Albania and North Macedonia will influence the leaders of the EU member states to change their decision on this issue?

Manolis Kefalogiannis: The decision on the beginning of the accession process has been postponed, it has been set for May 2020. Still, this is something that should not disappoint the two candidate countries and their people. They should stick to their effort to complete intensively all necessary reforms without failing their European orientation and their European future. Greece has always agreed that under certain circumstances the European Union can start the accession process which would eventually lead to their entrance to the big European family. This is something that will contribute to stability and peace in the Balkan area which has experienced so many turbulences during the centuries.

EWB: The plenary debate last week showed that the Renew Europe group is, in fact, quite split on the issue of accession negotiations. Is it correct to say that this is not the case with the European People’s Party?

MK: The European Union has to face two challenges in the next five years, deepening and enlargement. I truly believe that we can take big steps in both fields. In the recent European Summit, the French President Emmanuel Macron, has been slightly reluctant towards Enlargement, putting the focus more on deepening, maybe because of the Brexit. The United Kingdom has undoubtedly contributed to a free Europe so that Brexit is a big loss to all of us who believe in the European ideal.

However Europe is the place of creative dialogue and compromise so I sincerely hope that by next May any objection from France will have been erased and the accession process of the two Western Balkan countries will start.

EWB: Do you believe that decoupling North Macedonia from Albania the next time EC decides on the issue would be a good idea, if the compromise is easier to reach that way?

MK: I think that any such decoupling would send out the wrong message. It would raise more problems than the ones it would supposedly solve. And it would create more political stability issues in Albania and eventually an anti-European discourse with both the Albanian leaders and the society, which would realize that their efforts have been wasted.

The European Union should reach a decision not on how many countries will enter nor on how accession processes will differ in the whole. The European Union should at the same time be able to accept new countries as well as step towards its unification. This unification will mean that Europe has one voice, one decision, a common policy in every field: in politics, in the economy, in the external affairs, in security and terrorism issues, in protecting the European borders.

EWB: Which issues will you prioritize as the Head of the EP Delegation to EU-Albania Stabilisation and Association Committee?

MK: Accession negotiations with Albania will contribute essentially to the strengthening of democracy and the rule of law in the neighbouring country. The issues that the European Union is facing today with Albania have to do with improving its legal and institutional system towards the reinforcement of  transparency and the cracking down of organized crime because those issues are vital for the everyday life of the citizens.

Completing the reform of the judiciary system is a basic demand of the citizens. It is also a prerequisite to regain trust in the rule of law, in the public institutions and the politicians. In the meantime, vigorous measures and action are needed to sprain the criminal networks engaged in illegal activities.

Albania has to show full respect of the sovereign rights of its neighbours, of the human rights and of the rights of the minorities. Every country under accession process to the European Union should comply with the Copenhagen criteria.

EWB: Internal political situation in Albania, both inside and outside the parliament, has been characterized as polarized by the European Commission Report. Is there something European Parliament can do in order to help the sides to reach a compromise?

MK: Accession to the European Union has to be a national goal for Albania and not a goal for one or another political party. It should also be considered as a platform of consent among political parties. The European Commission Report underlines this fact exactly, and it regrets it. I express my certainty that in front of the common goal, they will all put aside their interests and they will focus on the common good, the European adhesion of the country.

EWB: How do you assess the state of bilateral relations of Albania with its neighbours? Are there any open issues which could complicate its EU accession process?

MK: As I mentioned in the beginning, my country is in favour of the accession negotiations with the Western Balkan countries as far as certain terms and conditions are met. We opt for a “clean way” accession strategy. For Albania, full respect of sovereignty rights of the neighbouring countries, of the rights of minorities – as of the Greek national minority, of the right of self-determination and of the free choice of religious identity and respect of the personal properties for which the Albanian Prime Minister Edi Rama agreed during his recent visit to Athens and his official meeting with the Greek Prime Minister Kyriakos Mitsotakis.

There are of course bilateral issues that have to be solved, such as the delimitation of the Exclusive Economic Zone of the two countries.

Leaders agree on further steps towards “mini-Schengen” in Ohrid

Royal Norwegian Embassy in Belgrade and BTD-GMF continue their support to civil society organizations in Serbia, Montenegro and North Macedonia