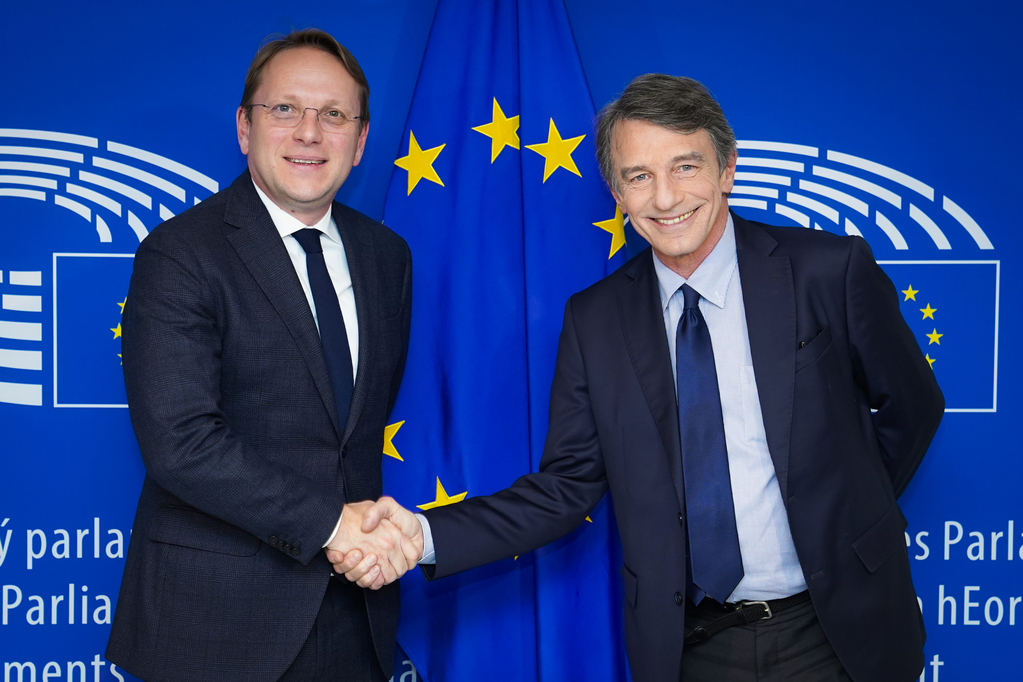 BRUSSELS – Hearing of the second Hungarian candidate for the Neighbourhood and Enlargement Commissioner Olivér Várhelyi is scheduled for Thursday at 8 in the morning in front of the Foreign Affairs Committee of the European Parliament (AFET).

Várhelyi’s nomination was announced following the rejection of the original Commissioner-designate from Hungary, László Trócsányi, former Justice Minister in the Government of Viktor Orbán. Trócsányi has never made it to this stage of his candidacy, suffering a rejection of European Parliament’s Legal Affairs Committee (JURI) due to unclear property issues.

On the other hand, Várhelyi successfully advanced to the hearing in front of the relevant Committee of the European Parliament. Tomorrow, members of AFET will test his competence for the position of Neighbourhood and Enlargement Commissioner in the Commission of Ursula von der Leyen, which is expected to begin its mandate on 1 December.

Who is Olivér Várhelyi?

Before his nomination on 1 October this year, Várhelyi served as Ambassador and Permanent Representative of Hungary to the EU.

Previously serving as a Deputy Permanent Representative, Várhelyi has worked in Brussels at various positions since 2001, with a two-year break between 2006 and 2008, when he returned to the Hungarian Ministry of Justice, where he headed the European Union Law Department.

According to Politico, he is known as highly loyal to Orbán and as an assertive advocate for the Hungarian government’s political priorities in ambassadors’ meetings.

Upon the announcement of his candidacy, Várhelyi tweeted that it is a great honor and privilege to be nominated as Hungarian member of the Commission.

More recently, he retweeted the message of European Council President Donald Tusk to Albania and North Macedonia urging them not to give up following the failure of the body to open accession negotiations with the two Western Balkan countries.

Why are there worries about his candidacy?

Hungary is known as a strong supporter of EU enlargement, advocating that the process should be accelerated when it comes to candidates in the Western Balkans. However, the country’s worsening record in the areas of democracy and the rule of law has caused concern among experts, who expressed their doubts about the ability of a Commissioner from Hungary to successfully promote these values in the region.

European Commissioners are not responsible to their national governments and are supposed to act in the interest of the EU. Despite this fact, there are still those who believe that the European Parliament should carefully assess Várhelyi’s views on the most important political criteria for EU membership.

This is why the Balkans in Europe Policy Advisory Group (BiEPAG) proposed a series of questions they believe Members of the European Parliament should ask Várhelyi, ranging from the state capture in the Western Balkans to asylum granted by Budapest to former PM of North Macedonia Nikola Gruevski, who was convicted of corruption.

Other BiEPAG questions include the concern over Várhelyi’s commitment to media freedom, rule of law and academic freedom, given the problematic record of the current government of Hungary in all of these fields.

In any case, an easy round of questions for the Commissioner-designate is not expected. MEPs from Socialists and Democrats, Greens and Renew Europe groups have criticized Orbán’s government for years, and even his own European People’s Party group has suspended the ruling Fidesz from its membership in March this year.

What would Várhelyi’s mission be?

Last week, Commissioner-designate for Neighbourhood and Enlargement received a letter from the President-elect von der Leyen, outlining his responsibilities as a future member of the Commission.

When it comes to Enlargement Policy, the President-elect highlighted the need to sustain and accelerate the progress of the Western Balkans in the next five years, which includes the support to opening of accession negotiations with North Macedonia and Albania.

A credible EU perspective for the Western Balkans has been put at the forefront of Várhelyi’s mission by the President-elect.

“You should work on speeding up structural and institutional reforms, with a strong focus on the fundamentals of the rule of law, economic development and public administration reforms. You should also support all efforts in the fight against corruption across the region and support all efforts towards good neighbourly relations and the resolution of bilateral disputes”, wrote von der Leyen in the letter.

European Parliament gets to vote for the new European Commission as a block on 27 November. However, its dissatisfaction with a candidate usually means that the problematic Commissioner-designate will be dropped before the vote takes place, which this year happened to France, Hungary and Romania. This fact highlights the political weight that the hearing in front of the relevant committee has.