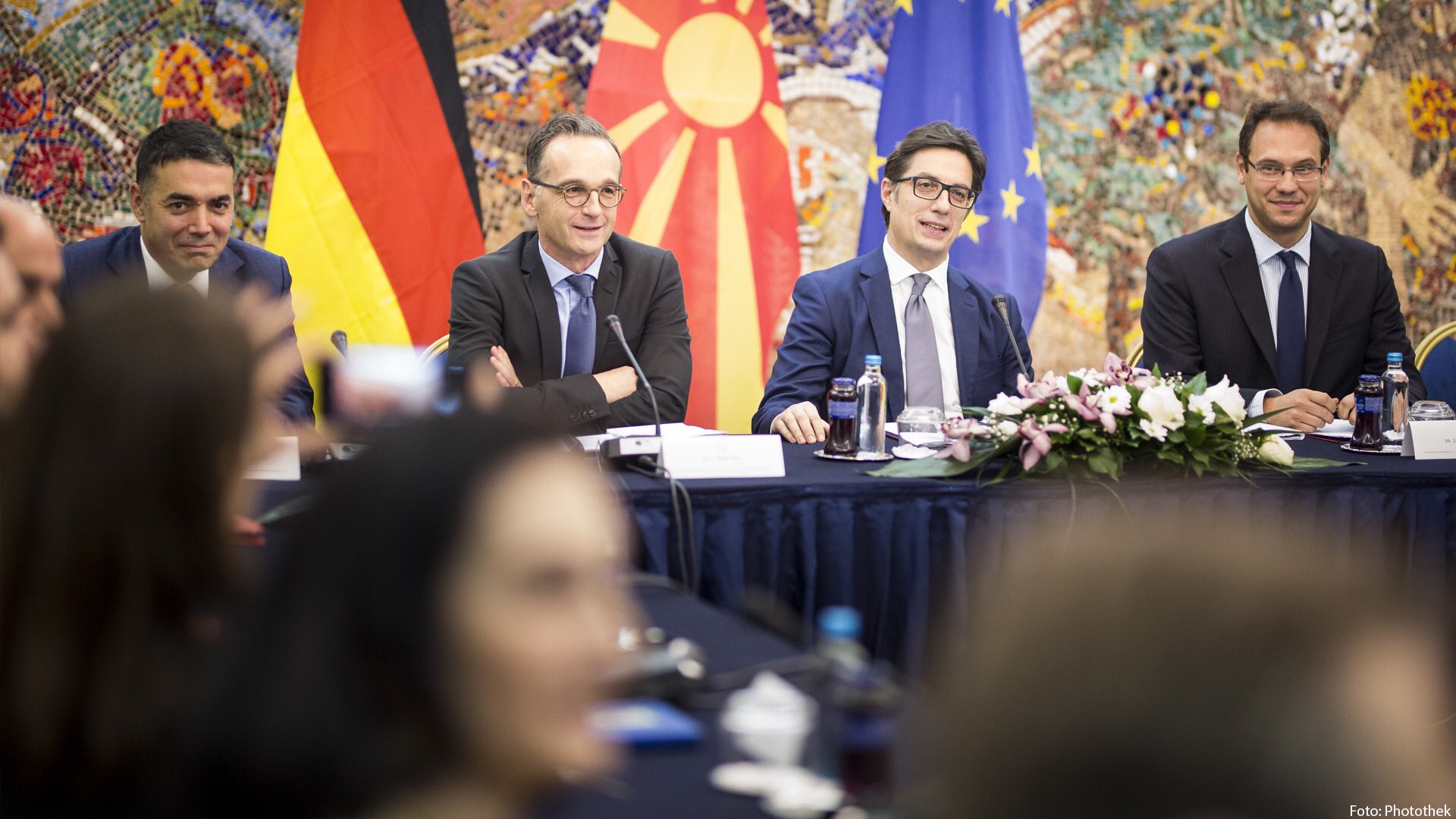 BERLIN – “For Germany, it is more than clear: the Western Balkans is a part of Europe. Their future should be within the European Union. More than a clear majority of EU members have opted for the start of negotiations with Albania and Northern Macedonia because it is also in our strategic interest”, said the German Foreign Minister Heiko Maas in an interview with Deutsche Welle.

Maas, who payed an official visit to North Macedonia yesterday, stressed that the strength of the European Union lies in the fact that even when it comes to comprehensive topics, the EU eventually finds a solution. “I’m sure it will work out this time too”, he assured.

Commenting on the French veto, Maas said that the President of France Emmanuel Macron made it clear that, in addition to reforms in Albania and North Macedonia, reform of the enlargement process is also necessary.

“What is important to right now is that Albania and North Macedonia must continue the reform process without any delay and show progress along the way”, said Maas and added that it is crucial for the two countries to succeed in reassuring few skeptics.

The German Foreign Minister reminded that during the EU accession process, each country is assessed on its own merits. As early as 2018, the European Commission concluded that both North Macedonia and Albania are eligible to open negotiations in regard to the reforms they have completed.

He also said that when it comes to judicial reform, Albania represents a role model to others in the region. Maas reckons that the electoral law reform in Albania is being implemented with the participation of all political forces as well as representatives of civil society.

“We are sure that reforms that include proposals by the OSCE and their Office for Democratic Institutions and Human Rights (ODIHR) can be implemented quickly. Parliament is a place for political confrontation. Constructive proposals and serious cooperation are now needed in the interests of Albania and its citizens”, he said.

Maas assured that Germany will continue to strive to support the Western Balkan countries on their path to the EU.

Várhelyi to receive additional questions instead of green light