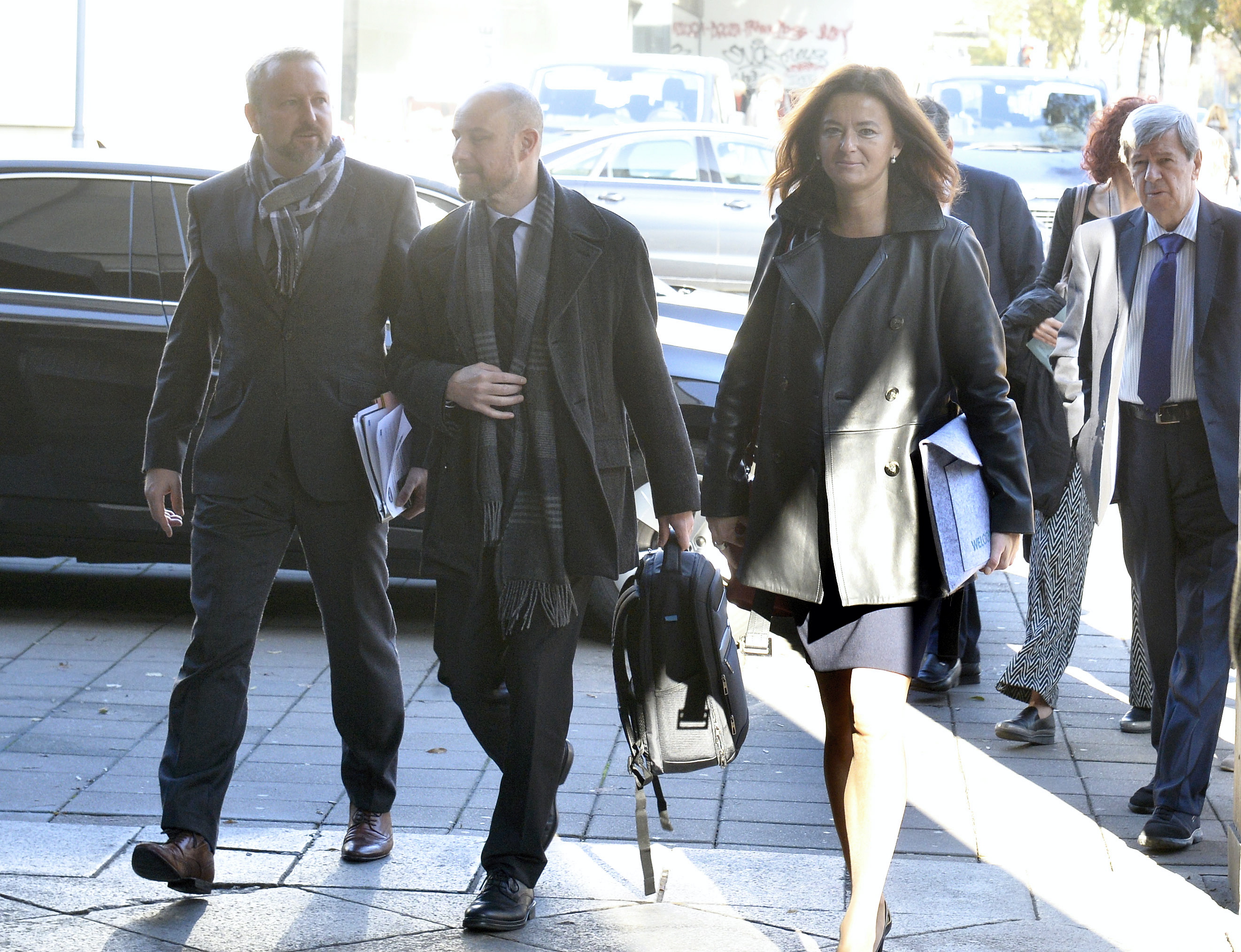 Bilčik and Fajon arrive to the dialogue; Photo: Tanjug

BELGRADE – The second inter-party dialogue in Serbia, mediated by the European Parliament, called for the full implementation of the commitments in the “Implementation Table” and for coming forward with additional initiatives to improve the conditions for holding parliamentary elections in-line with the recommendations in the reports of the European Commission and OSCE/ODHIR.

According to the press release from today, the political groups, taking part in the Dialogue, recognised the progress made regarding the training of officials on the Single Electoral Roll and on the new internet site created to inform citizens about the electoral roll. The Dialogue noted the organisation of the Open meeting on the role and conduct of the REM at the National Assembly and called for the urgent follow-up with concrete actions to address concerns about the overall media environment.

However, Vladimír Bilčík, European Parliament’s Standing Rapporteur on Serbia stated that there is limited progress since the first round of the Dialogue, the government and the opposition need to move further – beyond their initial positions.

“We heard real frustrations related to the lack of trust and that something significant would be needed to build trust across the political spectrum and show to the citizens that real efforts are being made to improve conditions ahead of the elections”, Bilčik said.

He stated that the delegation had a productive meeting with President Vučić, in which it was agreed that “3+1” new representatives would be appointed in the REM, to adopt a new Regulation based on best European practice for the Public Broadcasters to ensure fair access and coverage during the electoral campaign, and to establish the Supervisory Board in the National Assembly to oversee the implementation of all election related commitments.

Tanja Fajon, Chair of the Delegation to the EU-Serbia Stabilisation and Association Parliamentary Committee stated that the time is running out fast.

“We got some new proposals from all stakeholders, however the clock is ticking and we call on the governing coalition not to waste any more time discussing and start implementing. For this to be a success, we call on the opposition to come back to the parliament and engage in dialogue to hold the government to account on its commitments”, stated Fajon.

The importance of a complete membership in the Regulatory Body for Electronic Media, including the “3+1” formula, and guaranteeing fair access and coverage by the public broadcasters was considered a priority. The Dialogue also called on all state institutions to fulfil the commitments under their competences and apply the highest standards of transparency in their work. All the announced progress and shortfalls were recorded in an updated “Implementation Table” which is available for the public to consult.