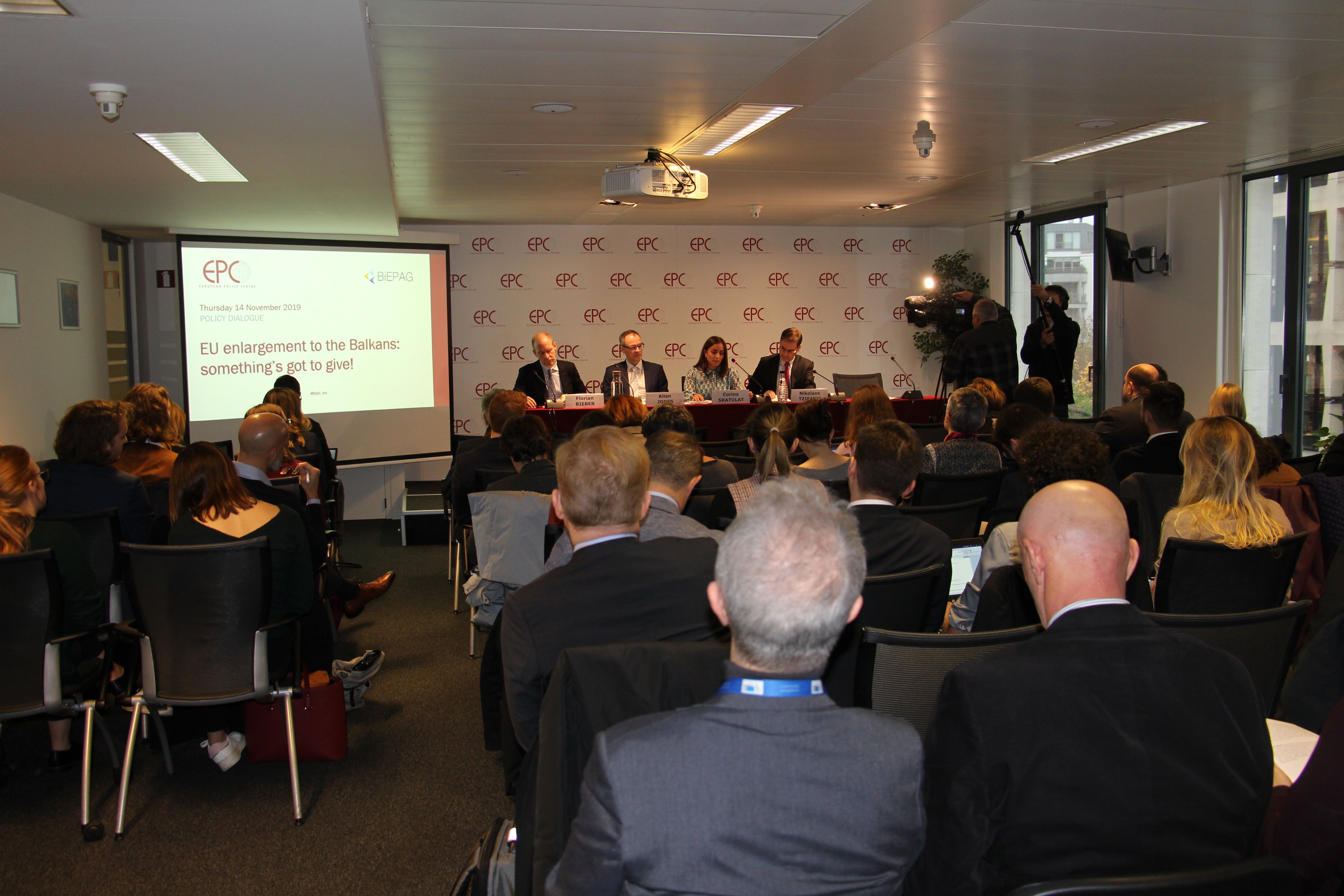 BRUSSELS – Shortcomings of EU enlargement narratives were emphasised by the coordinator of Balkans in Europe Policy Advisory Group Florian Bieber and his colleague Nikolaos Tzifakis in a policy dialogue on EU’s enlargement to the Balkans yesterday.

The dialogue was organised by the European Policy Centre in Brussels and was moderated by Corina Stratulat, Senior Policy Analyst at EPC. Head of the Unit Strategy and Policy of DG NEAR Allan Jones also participated in the discussion that took place at the same time as the hearing of the Commissioner designate for Neighbourhood and Enlargement Olivér Várhelyi.

Bieber, Professor of Southeast European History and Politics at the University of Graz, emphasised the role narrative on enlargement plays. He stated that including the Balkans into the debate of Future Of Europe would, for example, prepare the society for this process mentally.

He recommended creating tools with citizens and civil society to better communicate EU enlargement and added that this can be achieved with cooperation between various European institutions at EPC’s discussion on Enlargement.

Bieber also pointed out that religion shouldn’t be an obstacle in the enlargement process, stressing that this doesn’t comply with EU values and vision.

Nikolaos Tzifakis, Associate Professor of International Relations at the University of the Peloponnese, emphasised the other side of the problem – the absence of a narrative that explains to the European society why EU enlargement is important and how it will boost the EU business.

He pointed out that the discussion on EU enlargement has been mixed up with debates on labour and asylum policies.

Allan Jones wondered if there is a misunderstanding among the public on when Balkan countries are joining and if they are ready to do so now. He also stated that the EU needs to reflect on how to send more positive-vibed messages on enlargement.

“It is time now for countries to try fitting into being a candidate country and for the EU to be ready for possible extension”, he concluded.