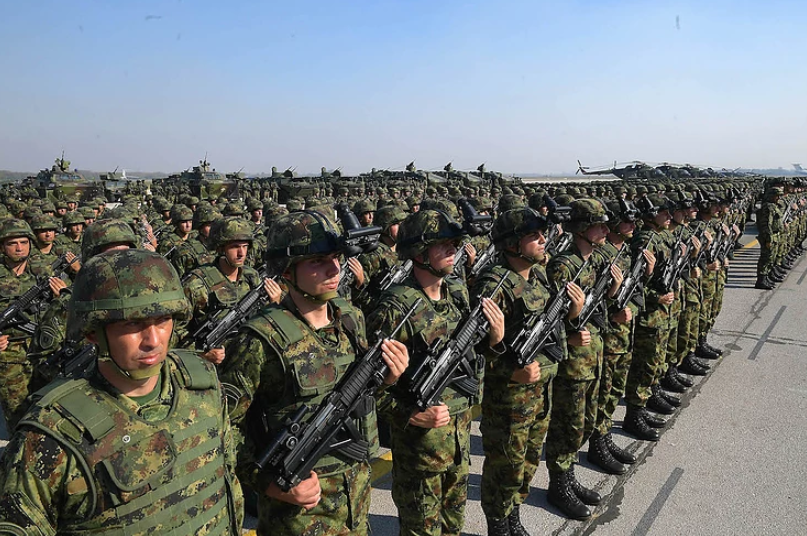 BELGRADE – During 2019, Serbia conducted 17 military exercises with other countries, 13 of which are with NATO members and four with Russia, writes the Balkan Security Network (Balkanska bezbednosna mreža) portal in the analysis of NATO-Serbia relations.

The portal states that the recent exercise “Slavic Shield” with Russia left strong impression on the Serbian and international public about the great importance of the relationship with the East, because of the air defense systems S-400, which is denied by the numbers.

“By the end of October 2019, the Serbian Army held four military exercises with Russia: the Slavic Brotherhood, followed by the exercise of the Western Military District, the Slavic Shield and the BARS”, states the portal.

The portal further writes that two training missions for peacekeeping operations were carried out together by the evaluation team of Serbia and Spain, one for the EU Balkan Group and one for the NATO Operational Capabilities Concept. The latest in the series is a cyber-drill “Cyber Tesla” with the Ohio National Guard.

“Most often and for the longest time, the Serbian Armed Forces have been cooperating with neighboring countries that are simultaneously members of NATO and the EU: Hungary, Romania and Bulgaria, as well as with the US Armed Forces,” states the Balkan Security Network.

The portal points out that Serbia has developed cooperation with NATO in the field of military reform, prevention of corruption in the defense system, military education, destruction and recycling of obsolete ammunition, as well as the Science for Peace program.

“For several years, the military has been participating in the Operational Capabilities Concept, ie it has units that are equipped and trained in accordance with NATO standards. Also, within this concept Serbian army officers participate in the activities of the NATO Command in Naples,” it is pointed out in the analysis.

As a form of communication, the portal says that Serbia in Brussels has daily communication with Alliance members, and there is particularly intense cooperation with countries that have not recognized Kosovo’s independence.

Read the EWB interview with Ambassador Miomir Udovički, Head of the Mission of the Republic of Serbia to NATO in Brussels.

The portal highlights another cooperation between Serbia and Montenegro Air Traffic Services (SMATSA) and one of the Combined Air Operation Center (CAOC) in charge of Montenegro’s airspace.