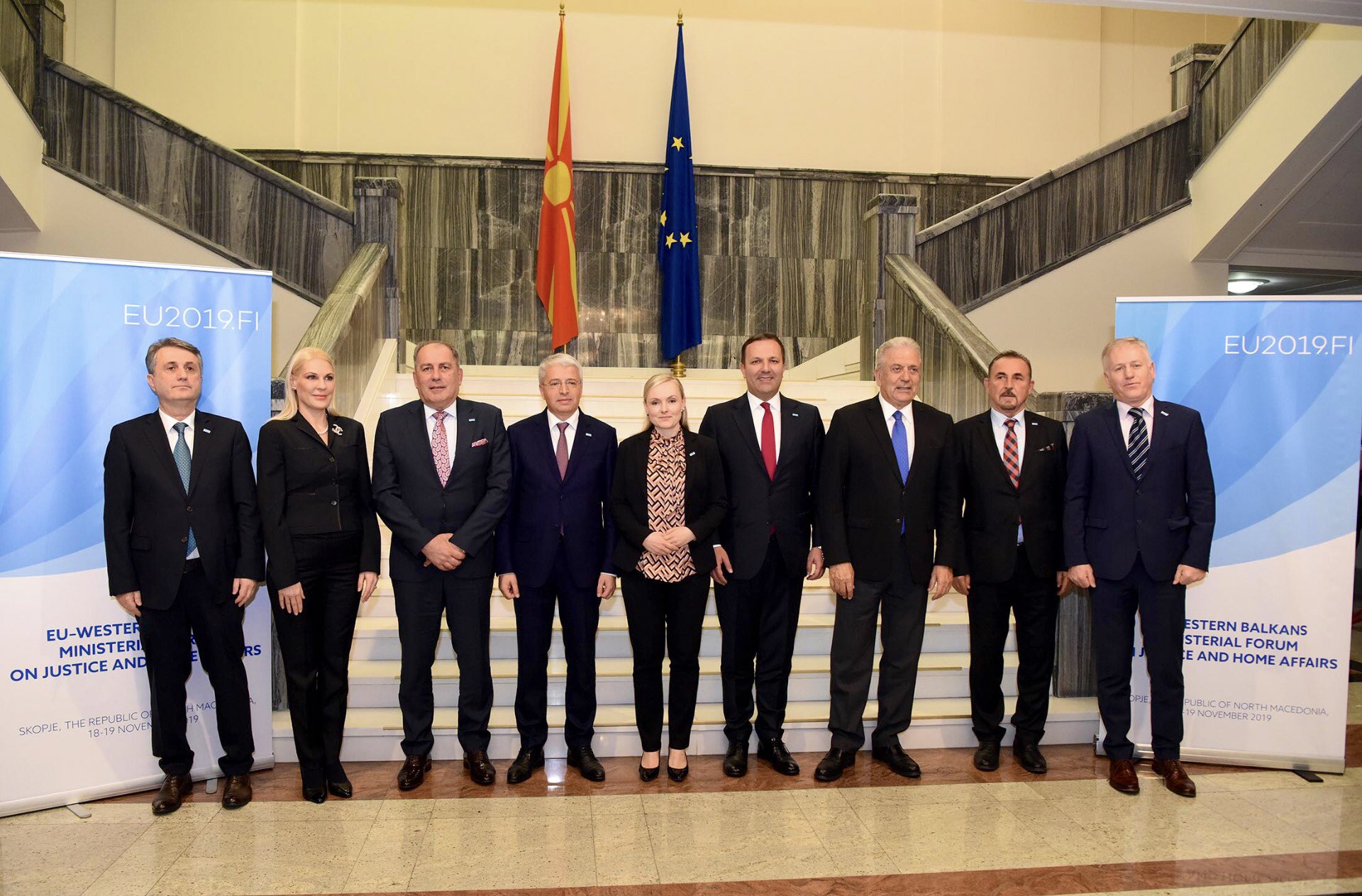 SKOPJE – Annual meeting of justice and home affairs ministers of Western Balkans and the EU took place on Monday and Tuesday in North Macedonia, under the Finnish Presidency of the Council.

“Fruitful discussions in Skopje today with our key partners from the Western Balkans to strengthen our cooperation in managing migration, and fighting terrorism and organised crime”, tweeted the outgoing European Commissioner for Migration, Home Affairs and Citizenship Dimitris Avramopoulos today.

On the first day of the Ministerial Forum on the Rule of Law and Judicial Reforms, it was stressed that from the European Commission’s point of view, there is no doubt about the European perspectives of the Western Balkans, but comprehensive and sustainable reforms in key areas are still needed, PlusInfo reported.

Ministers agreed that the implementation of the reforms should be more focused and that they should be prioritized, improve the efficiency of the justice system, improve efforts to address the backlog of cases and implement them.

“We have shown a non-selective fight against crime and corruption. We have adopted legislation on the judiciary by consensus and by European standards. But more effective implementation of the laws is needed, which will be provided through competitiveness opportunities, which is not the case now, due to insufficient number of judges and public prosecutors”, said Prime Minister Zoran Zaev during his meeting with Věra Jourová, European Commissioner for Justice, Consumer Affairs and Gender Equality.

The forum is held annually and forms part of the Western Balkans Country Support Strategy on the road to full membership in the European Union.

Under the Thessaloniki Declaration, annual meetings of foreign ministers and justice and home affairs ministers are held as appropriate within the framework of an EU–Western Balkans forum to discuss issues of common concern, to review progress of the countries of the region on their road to Europe, and to exchange views on major developments in the EU.

More funds for the Western Balkans in the EU 2020 Budget

Borrell: It is funny how only China receives billboards of gratitude in Serbia