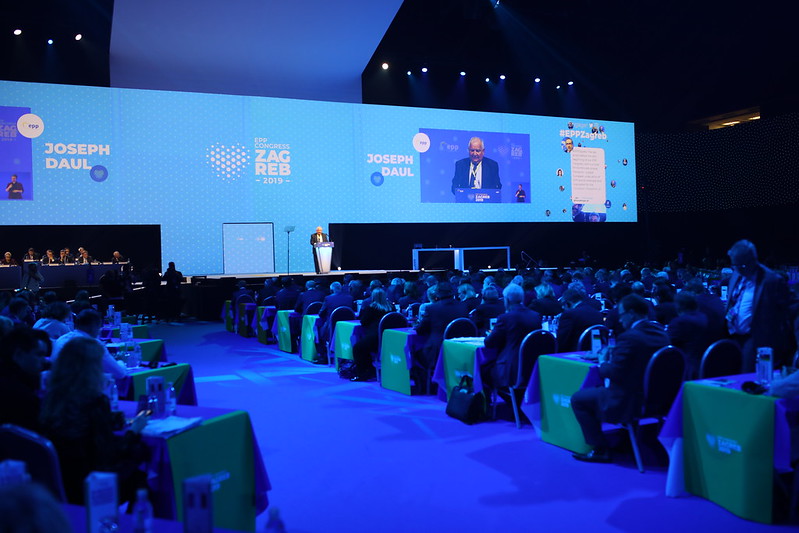 ZAGREB – Draft Emergency Resolution tabled by the ruling party of Croatia HDZ at this year’s European People’s Party Congress in Zagreb invites the Council and the Member States to commit to taking a positive decision as soon as possible on opening accession negotiations with North Macedonia and Albania.

The resolution urges for the acknowledgement of positive efforts of enlargement process, as well as recognizing backlash to the non-decision in the region.

“Dismantlement of the enlargement policy might lead to increasingly unstable situation in the EU’s immediate neighbourhood and could allow foreign actors, whose activity might not be in line with EU values and interest, to engage more closely with both North Macedonia and Albania”, the document reads.

Intensified emigration from the region is also highlighted as a possible consequence of the decision.

It also stresses that the EU’s failure to open accession negotiations has caused snap elections in North Macedonia, resulting in the loss of credibility for those who have made compromises.

“All efforts need to be taken for free, fair, democratic and credible elections to be organized on 12 April 2020”, draft resolution reads.

Efforts of both North Macedonia and Albania are recognized. However, some delegates have submitted amendments pointing out that fight against corruption and organised crime, as well as political crisis, remain issues of concern in Albania.

The EU-Western Balkans Summit is Zagreb in May 2020 is highlighted as an unique opportunity to evaluate, reassess and reinvigorate the enlargement process.

Parliamentary and local elections in Montenegro called for 30 August