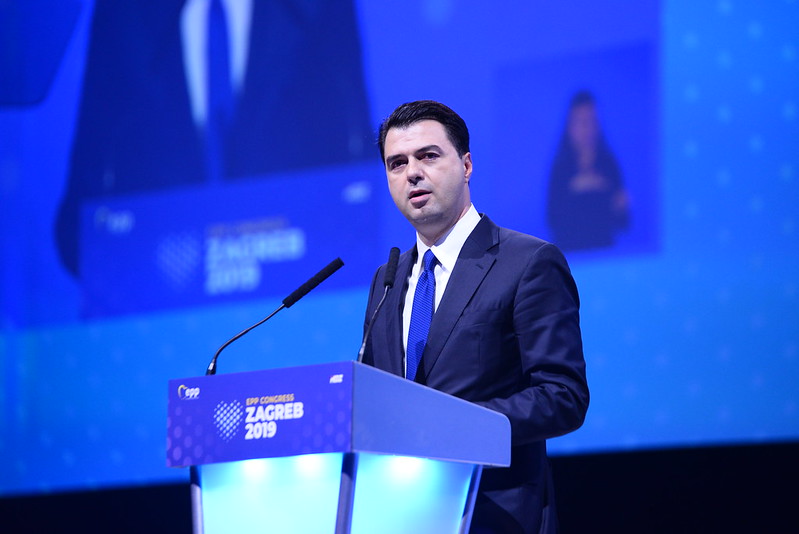 ZAGREB – Recognizing that Albania is facing a deep political crisis, European People’s Party (EPP) urges the governing and the opposition party to undertake any effort to overcome the crisis through the dialogue, states a resolution tabled by the Democratic Party of Albania (DPA).

At the EPP Congress in Zagreb, associate member of this European party DPA proposed the resolution, which was adopted on Wednesday afternoon.

According to the resolution, European People’s Party “supports the Democratic Party of Albania in its efforts to address the legitimate concerns and European aspirations of the people of Albania.”

The document urges for the implementation of the electoral reform in line with the OSCE/ODIHR recommendations, recognizing the necessity of the political will in order to achieve the free and fair conditions.

Resolution also emphasises that vote-buying actions and involvement of organized crime in the elections is unacceptable by European standards and calls for tangible progress and outcome in the timely and successful prosecution of all culprits including politicians, officials and criminal gangs associated with vote-buying.

The phenomenon of people with criminal records running for office or being appointed to public functions is also strongly criticized, and Albania is urged to to swiftly establish the specialized structure to combat corruption and organized crime.

Leader of the DPA Lulzim Basha also addressed the plenary session of the Congress yesterday.

“What we are working towards is a truly transformed Albania. We believe that reforms need to be in line with EU law. This will not happen quickly and not with this government”, Basha stressed.

He said that a vision and a plan of his party is a prosperous Albania working with EU and its neighbours.

“Pick up any foreign policy journal today, and the EU has been proclaimed dead, as well as the liberal democracy. However, I come today to you with a different message – Albania is a country that still believes in this values, openness and cooperation, in a strong and well functioning EU”, Basha said.