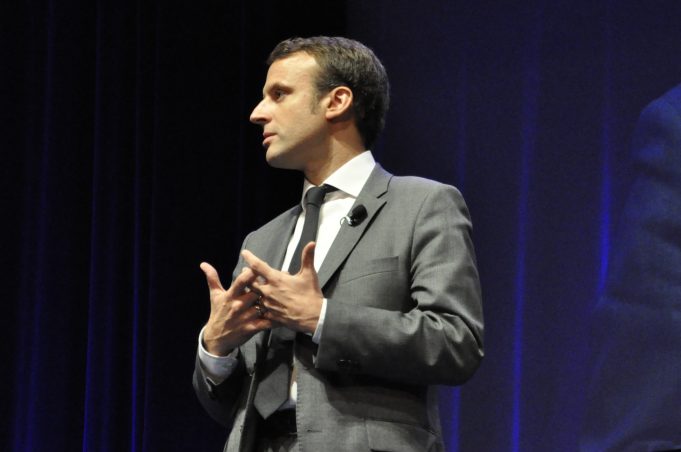 Following the red light to opening of negotiations with North Macedonia and Albania and the loud criticism that came from Brussels and Berlin, France presented a proposal to the European public to reform the negotiation process. Seven phases, gradual involvement with the opening up of EU funds to the candidate countries, but also the stricter conditions and the possibility that unless sufficient progress is made, the country can be returned to the previous phase are the main points that France stands for. While some see this as France’s attempt to curb Berlin’s anger and show that enlargement is not dead, others believe this is just a French ploy to slow down the negotiations with the Western Balkans and make it harder.

According to the Paris proposal, negotiations would no more be divided into 35 negotiation chapters, but into seven phases, based on specific areas. Following the successful implementation of the reforms at a given stage, the candidate country would become an EU member in that area and would have at its disposal the funds used by all other Member States. Without a successful closing of one phase, it is not possible to make progress in other areas. Also, if the state does not fulfill its commitments at some stage, it would be possible to return it to one of the earlier stages, which would keep membership “on thin ice”.

What is particularly noteworthy is the fact that the rule of law is in the first phase. This means that, without the rule of law, freedom of the media and building stable institutions, it will not be possible to make any progress in any other area. This approach is completely opposite to the existing one, since the rule of law Chapters 23 and 24 open at the beginning of the accession negotiations and close at the end, precisely because they are the most complex and difficult, especially when it comes to countries regions that do not have a strong democratic tradition. The raises the suspicion that behind the generosity of France to open funds to the negotiating countries, the intention is that the countries of the region, given their poor performance in the area of rule of law, will remain blocked for many years at this initial stage. Srđan Cvijić also warns about such a scenario.

“The proverb is that the morning shows how the day will look like. Judging from the French decision to block the opening of negotiations with North Macedonia, I think the new methodology, if ever implemented, could lead to such results”, explains the Senior Policy Analyst at the Open Society Institute for European Policy in Brussels and a member of BiEPAG for EWB.

He adds that the problem lies not in the methodology itself, but in the decision-making system within the European Union, which, because of the need for unanimous enlargement decisions, leaves the possibility for members to block enlargement, regardless of whether the candidate country is progressing or declining realistically.

Cvijić also believes that with this attempt to change the negotiation process, France wants to present itself, after harsh criticism from Berlin, Rome and Vienna, as a constructive and not unpredictable partner, which obstructs the enlargement process.

„Without a solution to the decision-making system, any kind of methodology reform will not be helpful. If France is truly sincere in its desire to reform the accession negotiation system, it will advocate the introduction of a qualified majority voting system in the area of accession negotiations as well,“ says Cvijić.

The principle of the qualified majority means that enlargement decision is not made unanimously but by the special voting system that exists in the EU, according to which the decision is adopted if 55 per cent of the members, representing at least 65 per cent of the EU population, vote in favor.

“Member States would reserve the right not to ratify the Association Agreement with a particular country if such a decision would be contrary to their key national interests. Additionally, the pressure on them at the time when the candidate country took all necessary steps towards membership would be much higher then at some transitional stages. It is also unclear how, according to this new methodology, the candidate country would regress in the negotiations, as such a decision would require unanimity,“ Cvijić emphasized.

Although the French proposal is yet to be discussed in Brussels, according to DW, the Germans are very cautious about the document, primarily because of the fears that the introduction of a new methodology would actually delay the start of negotiations with North Macedonia and Albania, which Berlin considers unacceptable. Cvijić explains that dissatisfaction with the negotiation methodology is not the reason for France’s firm stance, but internal political circumstances and certain interests in foreign policy.

“France is due to hold a local election in March next year, as well as the presidential election in April 2022. President Macron’s ruling party wants to minimize the risk of losing this election to Marin Le Pen. Opposition to enlargement could prevent Macron for losing several important percentage points in the two contests. The Western Balkans is also not a region of priority for France. When looking at economic cooperation and foreign direct investment, our region is heavily influenced by Germany, Italy and partly Austria. France is losing very little when it opposes EU enlargement to the Western Balkans,“ Cvijić explains.

However, regardless of France’s reasons and motives, the reform proposal has already been discussed in Brussels. Member States have discuss the proposal at the General Affairs Council and more information is pending.

“Enlargement is an important part of EU policy because it represents an investment in peace, democracy, progress, security and stability in Europe. We are constantly working to make the enlargement process efficient and transparent“, commented the European Commission for European Western Balkans.

While awaiting conclusions from the meeting of member states, it seems as if Serbia did not receive the news so calmly. Minister for European Integration Jadranka Joksimović claimed that the new methodology cannot be applied to Serbia and Montenegro, since negotiations have already begun.

“For me, as the Minister for European Integration since the start of the negotiations, the main question is – should the new amended approach, assuming that other Member States support it, be applied to Serbia in order for the current negotiation process led by Serbia to be valorized under these new rules, that is who would tell us and who will measure which stage we are currently in. It remains to be seen how the other Member States will respond to this proposal, as does the European Commission. It is one thing to apply the new methodology to countries that have yet to start EU negotiations, and it is quite another to change the rules with candidates who have already deeply embarked on the EU accession process,“ said Minister Joksimović, adding that she did not see how the conditions for accession could be stricter than they currently are.

Although she claims that Serbia is interested in everything that can speed up the negotiation process and implement reforms, the number of chapters that Serbia has opened lately has been worrying. The Minister claims that it is possible for Serbia to open only one chapter by the end of the year, although it is ready for four. This sends a clear message that, despite the government’s continued commitment to reforms and EU membership, there is no progress in key areas of the rule of law and media freedom. On the contrary, brutal campaigns against journalists and all those who criticize the authorities are going through the most brutal tabloid campaign. The latest in the series is the example of N1 journalist Miodrag Sovilj, who was discredited and attacked after asking President Aleksandar Vučić about the arms trade affair. The highlight of yesterday was the posting of a private photo of Miodrag Sovilj on Pink TV’s website.

Examples like this show that France’s attitude and skepticism about enlargement to the Western Balkans and acceleration of the process are not unjustified. However, Cvijić points out that there are similar problems in the Union itself, and that the poor situation in Hungary and Poland serves as a warning that one should not naively expect that, even if they implement all the necessary reforms, the Western Balkans countries will remain at that level. Therefore, he sees France’s proposal to introduce the possibility of backtracking as justified.

“The idea of using the accession negotiations process to forever reform some countries is wrong. There is a need to change the voting system within the EU, in order to ensure that democratic setbacks in countries such as Orban’s Hungary are properly sanctioned. At the same time, it is necessary to continue the process of accession negotiations alongside internal reform, because we should never lose sight of the fact that when we talked about the Western Balkans, we are not talking about yet another series of endless EU enlargements, but about completing the process that began exactly 30 years ago with the collapse of Berlin wall, the unification of Europe. The job that started in Berlin is not over,“ Cvijić points out.

While some analysts may hear that France’s proposal is good because it places the rule of law at the centre of the negotiations, others consider this exact fact to be the warning signal and suggest a new methodology that limits progress in other matters until the rule of law being at a satisfactory level can only further slow down the economic development of the Western Balkans. France proposes that a new methodology should be published in January 2020 and adopted and implemented by the Member States by May, when the EU-Western Balkans summit is held in Zagreb.