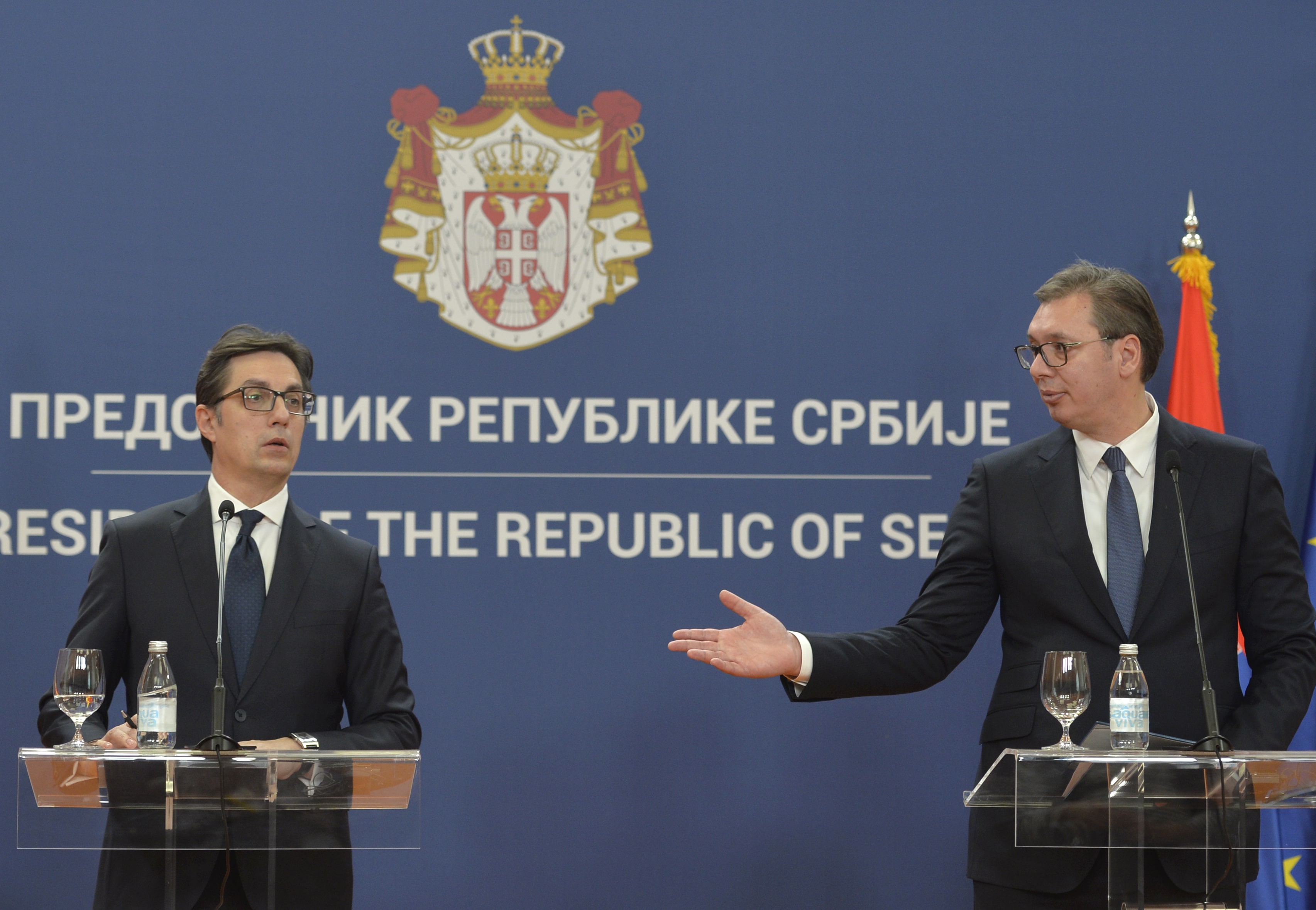 BELGRADE – Skopje and Belgrade share the same goals and concerns, common history and aim for EU membership, President of North Macedonia Stevo Pendarovski said on occasion of his two-day visit to Belgrade, which started today.

„We have no open issues among ourselves, and we have common goals and concerns, to build a society where our citizens will have a good quality of life, in which young people will not move out and will have a chance to succeed at home“, Pendarovski told Politika.

Pendarovski stressed that while North Macedonia will soon become a NATO member and Serbia has a policy of military neutrality, the two countries have excellent defence and security cooperation and that this will continue in future.

„As neighbors, we share a common concern about the security environment we are in, and we also have many exchanges and training programs, so despite the fact that we will soon become NATO member, and Serbia has decided otherwise, I believe we will continue our good cooperation in the future,“ Pendarovski said.

After the meeting with the President of North Macedonia, the President of Serbia said at the press conference that the two countries have very good relations as well as more trust than a year or two ago and that those relations will only go in a better direction.

Pendarovski said that he had also discussed with the Serbian President about the new French initiative in the European Union to reform the enlargement process and said that there was no alternative for North Macedonia other than EU membership.

Pendarovski will also meet today with Prime Minister Ana Brnabić, Parliament Speaker Maja Gojković and Serbian Chamber of Commerce President Marko Čadež. He will participate in the Fourth Regional Youth Forum tomorrow in Novi Sad, with the Presidents of Serbia and Slovenia.