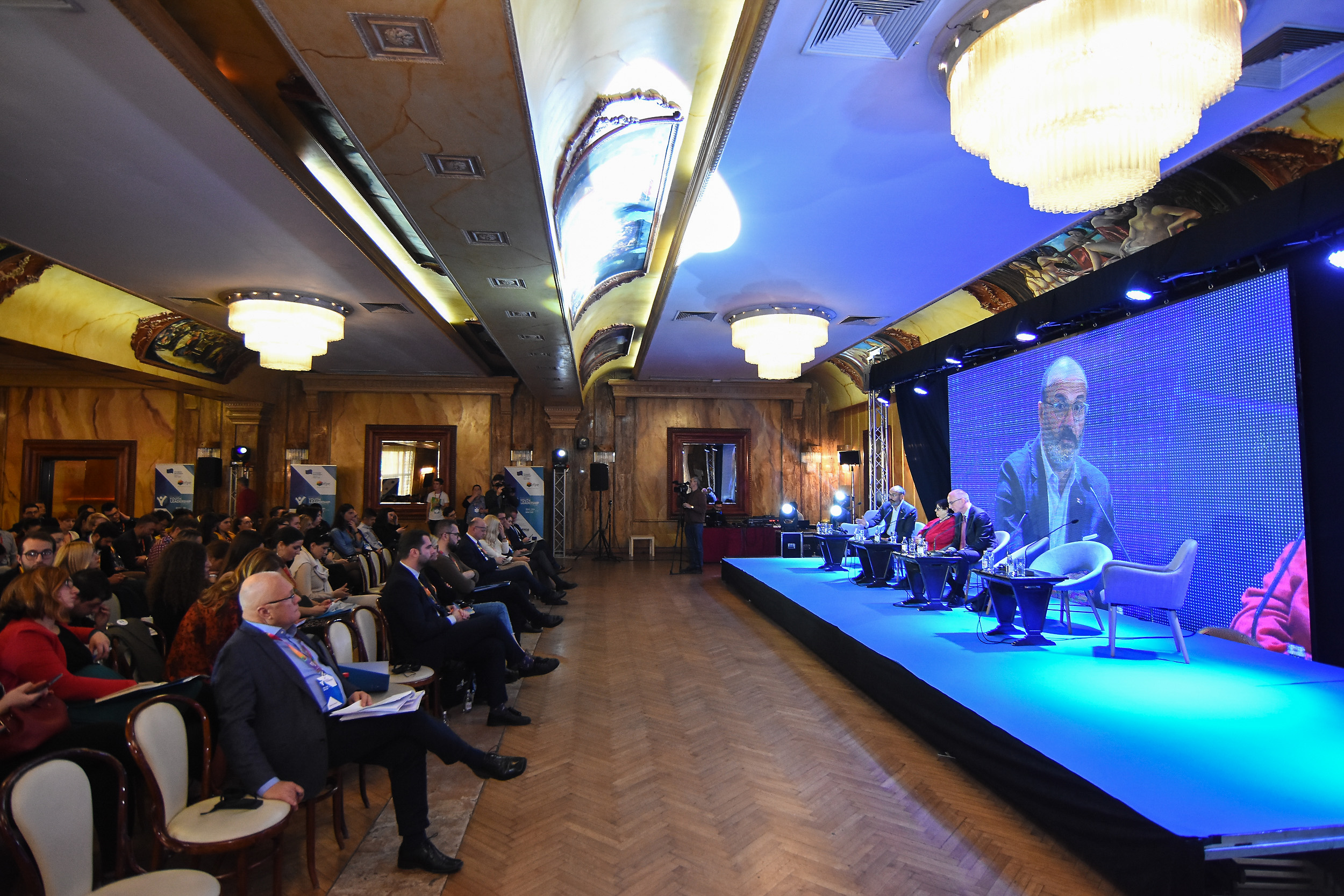 The Forum focused on discussing the emigration of young people from the Western Balkans as a common challenge in the region, and brought together youngsters from the region, as well as senior officials from Serbia, Slovenia, and North Macedonia, mayors of Novi Sad, Ljubljana and Tirana, ambassadors and representatives of European institutions.

“We can prosper only if we rely more on our resources and potential”, stated Pendarovski, adding that it is the EU values being implemented in the Western Balkans is what will keep young people in their countries.

“People are not leaving [the Western Balkans] because they are hungry”, stressed the President of Serbia Aleksandar Vučić, explaining that people leave because “they are looking for a happier and better future” and therefore, “the entire region must offer perspective to young people, which also implies a better social atmosphere”.

Vučić noted that the Western Balkans region is emptying, leaving fewer people in the states than official figures present.

The Prime Minister of North Macedonia Zoran Zaev invited young people to stay in their countries and contribute to the reforms.

“You have to fight for it yourself”, said Zaev, addressing youth from the region, and added that the major question is whether young people will stay and work on reforms or leave for Western Europe where, according to Zaev, “they will be richer, but they will not be happier”.

His Serbian counterpart Ana Brnabić assessed that more critical thinking is needed from young people for them to understand how much the region and the countries in the region have changed in the last five to six years.

Brnabić estimated that young people in the Western Balkan countries “pay too much attention to what is happening in the EU, while too little of their attention is dedicated to what is going on in their countries and what needs to change in order for young people to stay, or for some of them to return”.

The Vice-President of the European Movement in Serbia Aleksandar Simurdić stressed the need for young people who represent different parts of society to hear and understand each other, saying that young people in the region often face similar problems.

“The question is, have we understood all these years, now for decades, what the fundamental transformation of society, as a precondition for the European path, really brings. If we understood that, we would not have been distressed by what skeptical European officials say about enlargement”, said Simurdić.

The Fourth Regional Youth Leaders Forum was organized by the European Movement in Serbia of the Local Council of Novi Sad and the Belgrade Fund for Political Excellence, with the support of the Provincial Government, the City of Novi Sad, the Regional Cooperation Council, the Regional Office for Youth Cooperation, the Polish Chairmanship of the Berlin Process and the German Organization for International Cooperation (GIZ).

Fleckenstein: Conservatives support their friends in the WB much more than Social Democrats

The most massive anti-government protest took place in Podgorica