With accession talks with North Macedonia and Albania delayed and elections looming in 2020, former MEP Knut Fleckenstein considers the next steps for EU integration in an interview conducted by Max Brändle, Director of the Regional Office for Serbia and Montenegro of the Friedrich Ebert Foundation.

In Serbia, elections are likely to take place in spring 2020. With MEPs Tanja Fajon, Vladimir Bilčik and Eduard Kukan, you have taken up the role of mediating talks between the parties in the Serbian parliament to improve the conditions for free and fair elections in the country. Have there been any initial successes?

In the medium term, I see an opportunity for the Serbian parliament to organise itself in such a way that the opposition can also make its contribution to parliamentary work. In the short term, until the next elections, this will be very difficult if the most important part of the opposition doesn’t take part in the talks and the majority of the ruling party remains inflexible. This way, there will be no joint solution in the short term for the next elections.

We must be very careful about what we say, because we do not want to help one side to win. Our aim is to contribute to a normal working relationship between the opposition and the ruling party to help implement fair conditions for the elections in Serbia.

A month ago, we learned of the rejection of EU accession negotiations with North Macedonia and Albania. What impact does this decision have on the entire integration process in the Western Balkans?

This has catastrophic consequences because this time it’s not about the European Council saying that one of the two countries or both countries still have to do some homework. There are quite different reasons for the French president’s clear refusal to open accession negotiations. It’s not only North Macedonia and Albania that will be affected, but also Serbia, for example.

I myself think that changes in the accession process are necessary and that they are a good idea. It was just the wrong time. It’s correct to say that the Balkan states should be able to participate in some areas within the EU even before accession. There are two conditions for this, which I think are crucial. The first is that we do not decide on new processes alone, but in dialogue with the governments of the Balkan states. The second condition is that full EU membership must be the result. We have discussed privileged partnerships with Turkey often enough; that’s just not an alternative. And the European Parliament must play a greater role than it has so far.

The new European Commission under Ursula von der Leyen will take up its mandate with a delay because of the rejection of some candidates for Commission posts. It’s not yet clear exactly when. How do you assess this, particularly with regard to the enlargement process?

I don’t think this is a good start for the von der Leyen Commission. Not so much because one or two commissioner candidates may be problematic, but because of the idea of entrusting Hungary, of all countries, with the enlargement process. That means that a Hungarian commissioner would ensure that rule of law is taken seriously and expanded, while in the European Union, Hungary’s government is currently not really regarded as an expert in this area. Therefore, I don’t understand this decision at all.

On the other hand, we cannot reject every single candidate for commissioner. Because Mr Orban will not propose an S&D member. And if we want to progress, then, whether we like it or not, we must at some point jump over our own shadows and confirm a candidate.

The new Commission, once it has taken up its duties, intends to put geopolitics at the heart of its mandate. What does this mean for the Western Balkans and the development of democracy in South-Eastern Europe? Is the EU integration of the Western Balkans a project where the European Union can prove its ability to act and to find solutions to strengthen its political weight on the international stage?

Yes, to start with the latter, I can already imagine that enlargement policy could be a good example of how the EU can prove that it can get something done with a common political will. The geostrategic orientation and enlargement policy are not mutually exclusive alternatives. On the contrary, this can very well be done in parallel.

The former concerns the question of how to deal with major powers and what role the EU can play in the world. And the latter is rather the question of whether we want to allow ourselves to have an island within the EU that is largely under the influence of Turkey, Russia and possibly Saudi Arabia. Nobody would really want that. This is why we must continue to work on the integration of the Western Balkans under clear conditions. The Balkan states belong among us, and we must say this more courageously than before to our own people, some of whom are unnecessarily afraid of this process.

All the Western Balkan states together have the same population as North Rhine-Westphalia. I believe that the European Union, if it reforms itself, can very well deal with such an enlargement. It will also see that it has a whole range of advantages.

What do you expect from the forthcoming Commission for the EU integration process?

I believe that Commission president von der Leyen is a truly convinced European and also has a positive attitude towards enlargement. She hasn’t yet been able to prove whether she has a knack for putting this into practice; just take the example of the award of the enlargement portfolio to Hungary. But we should give her a chance. I believe that this Commission will continue to work meticulously on the enlargement process.

Apart from Serbia and Montenegro, which have already made progress in negotiations, and Northern Macedonia and Albania, which expected accession negotiations to begin this year, Kosovo and Bosnia-Herzegovina would also like to become members of the European Union. What are the necessary next steps? What impact will the election results and the associated change of government in Kosovo have on the EU integration process?

As far as Kosovo is concerned, I cannot give any prognosis at this time. We have to see how the new government will be composed, whether those in charge of the Vetëvendosje! party, such as Albin Kurti, will actually behave responsibly. That’s at least the impression they are currently creating through many discussions in Brussels and Berlin. We must give them a chance and be a little more open with them than we have been so far.

For Bosnia-Herzegovina I’m really not an expert, but you don’t have to be to know that the Dayton Agreement was good to end a war, but bad to organise a common state. For me, therefore, the only solution is for those who sat together in Dayton to come together again and consider together whether there’s not another, better way forward for Bosnia’s future. Otherwise I believe that Bosnia-Herzegovina will need a very long time before we can talk seriously about accession.

We may not be able to play the decisive role, but we can play a very important one by leaving no doubt that it’s really important to us for the countries of the Western Balkans to be admitted to the EU. Even though accession to the EU will still take some time, it must be clearly stated as a goal and we must work towards it.

This interview has been originally published in International Politics & Society

Human rights in Serbia at the time of the pandemic: Violation or justified limitation? 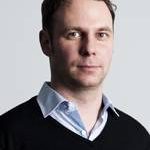