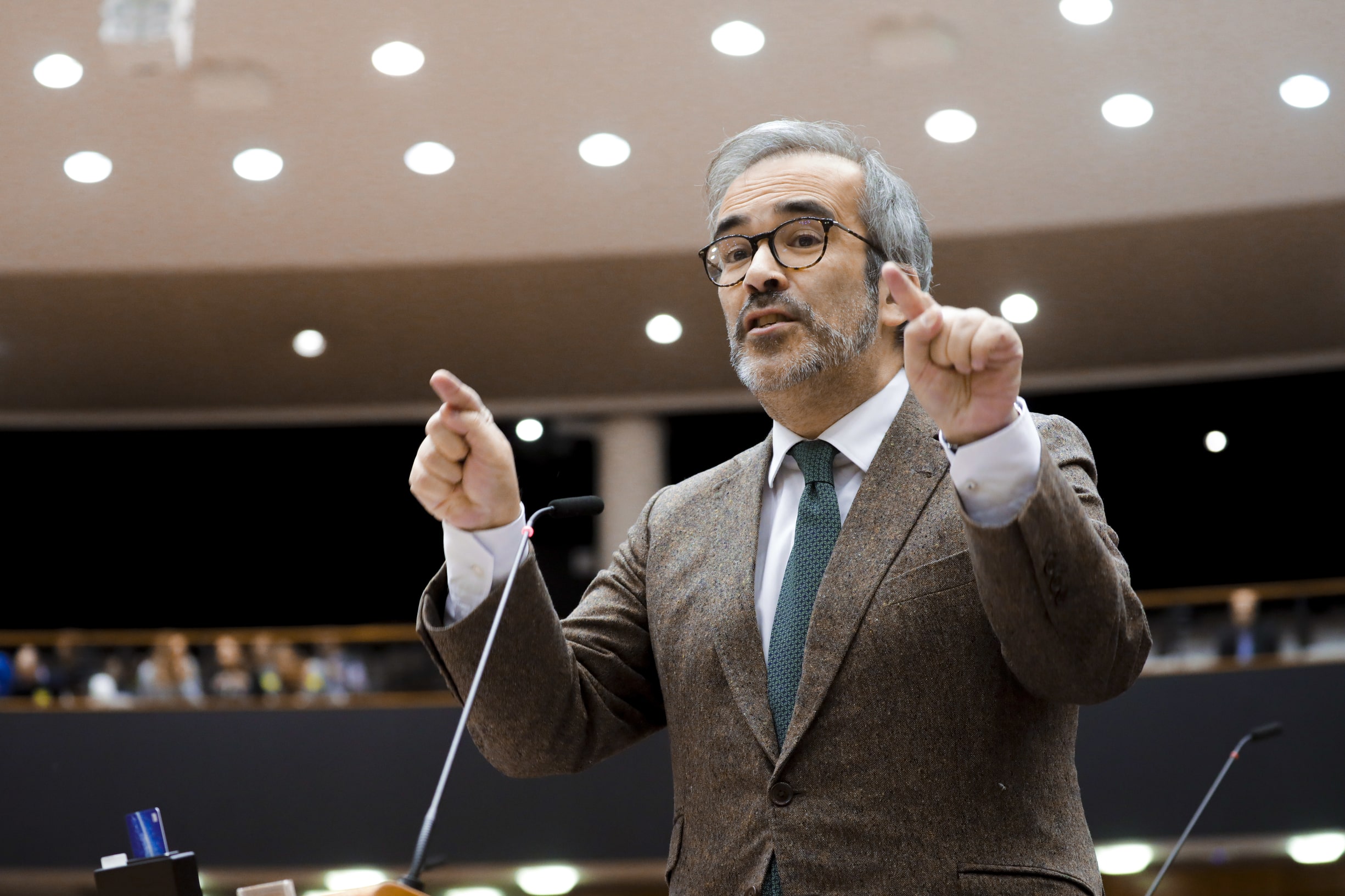 EWB: What does your re-election as the Vice-President of the EPP mean for Bosnia and Herzegovina?

Paulo Rangel: I think it is quite relevant, because as Vice-President until now I was responsible for membership and therefore I have visited all the Balkan countries, especially Sarajevo and Bosnia and Herzegovina, and also the Caucasus countries which belong to Eastern Partnership, so these two big groups of countries that are European but not members of the EU. I followed very closely the political developments in BiH.

EWB: Do you think that Bosnia and Herzegovina has a chance to become official candidate for EU membership and open accession negotiations during your forthcoming five years as the Rapporteur of the European Parliament?

PR: Well, I do not want to create any expectations now. What I want to say is that I will defend in any case and in any situation that EU has to pay attention, has to cooperate with Bosnia and Herzegovina. It should be a priority to the European Union. If we start to do this, for example when it comes to refugee crisis in Bihać and other refugee camps, giving not only financial help, but also some expertise and human resources to help the local and national authorities, I am pretty sure that we will have progressive and positive developments that will probably end in a situation in which negotiations can be opened.

EWB: What is your view of the compromise that was reached recently to form the new Council of Ministers and the fact that it took 13 months to reach it?

PR: What I say is that it is a very encouraging step. I fully support the efforts to give to future government all the capacity and authority to act. Then, it is true that it was really difficult to form a government. This is something that was very unfortunate and negative for Bosnia and Herzegovina, but if we look today at some European realities, you’ll see that in some countries it is also very difficult to form a government. If you look at Germany, it took a lot of time; if you look at Austria, they are still negotiating, there are also the cases of Belgium, the Netherlands, Spain where two elections took place without forming a government. So, there are some experiences in Europe as well when you have this kind of difficulties.

In the case of Bosnia and Herzegovina, because the country has a lot of problems, social, economic, but also political and constitutional ones, I think it would have been much better if they had been able to form a government right after the election. But now that the step has been achieved, I think we should be positive and constructive and not discuss what happened in the past but look to the future.

EWB: What do you think about the so-called “mini-Schengen” initiative in the region of the Western Balkans? Do you think that Bosnia should join?

PR: As I have said, this is applicable not only for the EU but for all the Western Balkans. Bosnia and Herzegovina, at the end of this difficult process, should be a member of all international efforts to facilitate the mobility of people and to integrate the economy, to create social cohesion across the continent and across the Balkans. So, I think that the fate and the destiny of BiH is to join this space. But we always have to be very careful – one step at the time.

The idea is, if we are capable of helping Bosnia and Herzegovina to make certain steps, I am sure that in some time, it will be possible to integrate it in the different areas and even one day in the European Union. So, let’s be positive, constructive and say “We come from a very different political situations in the past. Now we have to look positive. Population deserves it”. If we took one step at one time and each time the right step, I am sure that the situation will improve very much and the state of BiH can integrate and join all the different that are now at stake, either in the region either in the EU.

EWB: Do you expect to have good cooperation with the new Commissioner for Enlargement, Mr Varhelyi?

PR: Yes, I have already had a meeting with him because I am very invested in this issue and have the responsibility for Bosnia and Herzegovina and the portfolio in the EPP party. This is why I have met with him and I was very encouraged with his views. So, I believe that he will be a positive contributor and a positive actor in these enlargement policies. I am pretty confident that he will do a very good job.