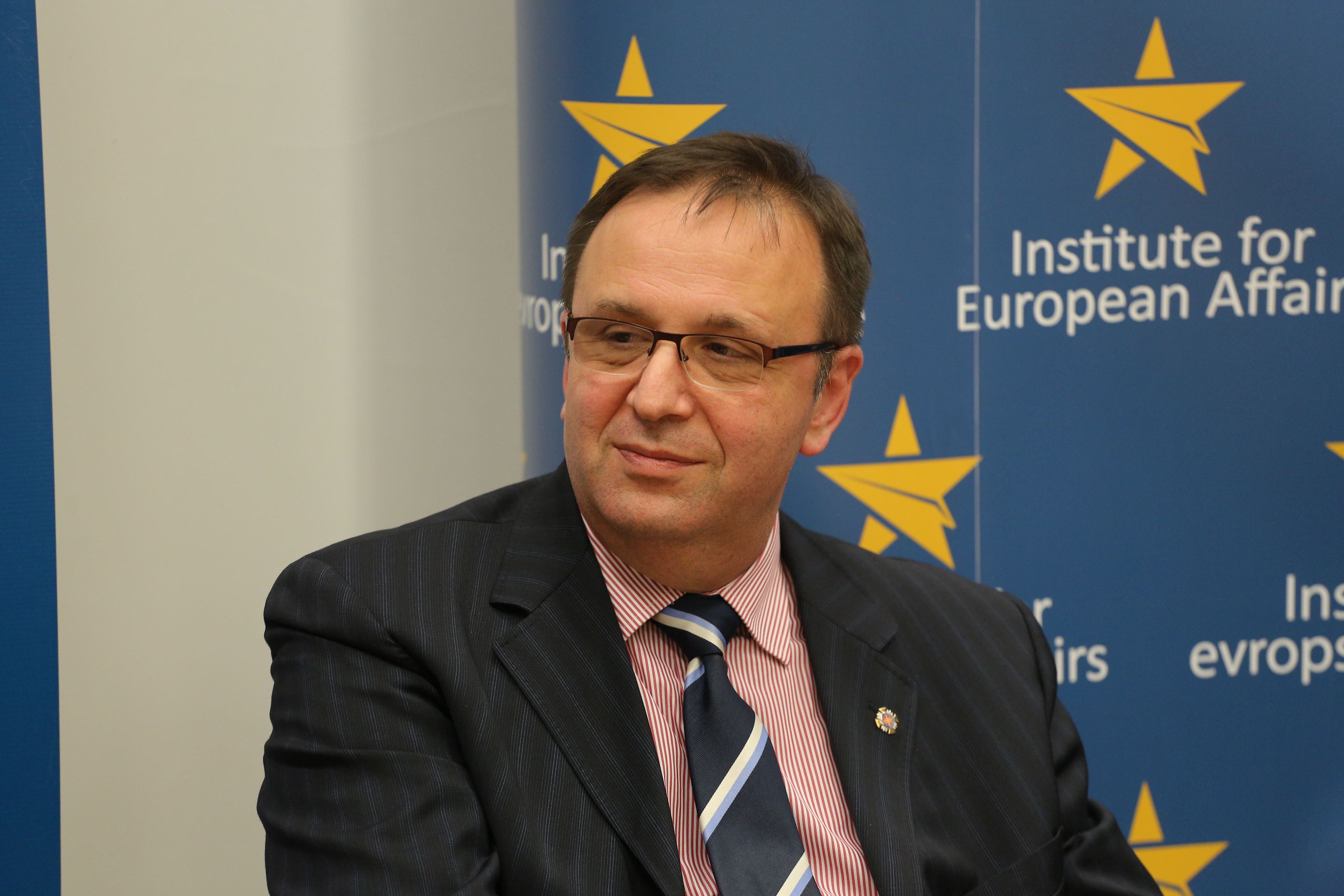 BELGRADE – The new Individual Partnership Action Plan (IPAP) is not a step towards NATO membership, but an instrument for Serbia to improve its political relations through dialogue and cooperation, without seeking to promote NATO and becoming a member, said Branimir Filipović, Acting Assistant to Minister in the Ministry of Foreign Affairs of the Republic of Serbia for Right Angle (Pravi ugao) show, authored by Ljubica Gojgić.

Talking about Serbia’s position in the context of the Russia-NATO conflict, where Serbia seeks to maintain a strategic balance, Filipović said that the constant of the current political and global moment is the confrontation of interests and confrontation of the great powers.

“Serbia is a small country, at a specific place in Europe, trying to profile foreign policy and to defend its national interests in the best way. In this regard, we are trying to position ourselves on the international scene as a reliable and responsible partner. To maintain relations with the great powers, and to be primarily focused on the region and our goal, preserving peace and security, which is also a common goal of the region”, explained Filipović.

Regarding recent adoption of the new Individual Partnership Action Plan (IPAP) and whether it represents a degree more in Serbia-NATO relations, Filipović stated that IPAP is the highest form of cooperation for non-NATO partner countries and that it is not an agreement or contract.

“IPAP is an action plan adopted by the Government of the Republic of Serbia and NATO; it contains a list of activities agreed by the two parties to fulfil certain common goals”, explained Filipović.

Asked by Gojgić whether with IPAP, Serbia is moving towards NATO membership “through the back door” and exiting the Partnership for Peace (PfP) framework, Filipović said that IPAP is part of the PfP program and that the plan represents continuity with the previous action plan, and in terms of content, all the chapters are almost identical to the previous plan.

“This Action Plan sets out our priorities, which are publicly available on the Ministry of Foreign Affairs website,” he explained and added that Serbia-NATO cooperation is transparent and that Serbian authorities are trying their best to explain the content and substance of this cooperation.

Filipović commented on the fact that NATO is a dominant partner when it comes to military exercises and other joint activities, and stressed that Serbia is surrounded by NATO members and that relations are marked by the imperative of maintaining regional peace and security. He also added that it is Serbia’s desire to create foreign policy according to its own national interests and priorities.

Commenting on Serbia’s wish to improve political dialogue with NATO, which was highlighted in IPAP, Filipović said that the dialogue started in 2014 at the highest level, that it takes place every year and that Serbia openly points out its priorities and red lines.

“That is why we are saying that we are a responsible and predictable partner who provides explanations of our foreign policy in the dialogue”, concluded Filipović.

Regarding Serbian military neutrality policy, Filipović noted that it was the basis for cooperation within the PfP and that it was based on the 2007 National Assembly resolution. He said that based on statements by NATO officials, it could be concluded that they fully respect Serbia’s commitment.

Responding to a question about coordination of the European integration process and cooperation with NATO, which was highlighted as one of the goals of IPAP, Filipović said that the two organizations work very closely at the global level.

“In our action plan, we have simply emphasized many of the priorities related to EU membership. Since the largest number of European Union countries are also NATO members, we are improving our European integration process through the process of cooperation with NATO”, he explained.

Filipović pointed out interoperability as an example that cooperation with NATO is very important as Serbia has developed the capacity to participate in peacekeeping operations, including the EU-led ones, which is a significant part of our participation in the Common Foreign and Security Policy (CFSP).

Commenting on allegations of the investigative journalists that weapons from Serbia are ending up in the hands of terrorist groups he said that Serbia is respecting all international standard and agreements.

“Serbia is respecting international standards in the application and management of the licensing procedure (ATT agreement). Also, we check the so-called certificates, the end-user certificate, then we request for the certificate of exported goods. We are doing everything possible to avoid the possibility of weapons being held by terrorist groups”, explained Filipović.

NATO needs to promote itself, membership od Serbia is not a priority

When it comes to concerning public diplomacy, ie the Government’s action in informing citizens about NATO and NATO-Serbia cooperation, as well as the eventual building of positive image of NATO in Serbia, Filipović said that Serbia has no intention to persuade citizens and promote the Alliance.

“NATO needs to promote itself. The goal of public diplomacy from our point of view is to explain the essence of the relationship between Serbia and NATO. Our approach is to explain in the best possible way why this is important to us as part of our foreign policy priorities”, explained Filipović.

As for Serbia’s eventual NATO membership, he said the issue was not on the agenda for either Serbia or NATO, and NATO respected Serbia’s military neutrality policy.

“Low support is a product of the 1999 bombing and we absolutely should not run away from this. It’s a historical fact. We apostrophe it, but we cooperate with NATO for the future. Because we have a common interest in maintaining regional peace and security”, he concluded.

As Serbia has not yet received the green light to open Chapter 31 on foreign, security and defense policy, Filipović said that harmonization is a process that is progressive until accession.

“Serbia, as an EU candidate, is harmonizing, but it is very important that we harmonize based on our interests. Our position is very clear, given that Russia, as well as some other countries, support us in some of our foreign policy priorities”, explained Filipović, adding that the other aspect of the chapter is participation in EU-led missions and operations, as well as legal harmonization.

Pentagon Report: Serbia has intensified relations with Russia since 2012

Šekerinska: Skopje will host the biggest NATO conference for public relations and fighting disinformation next year