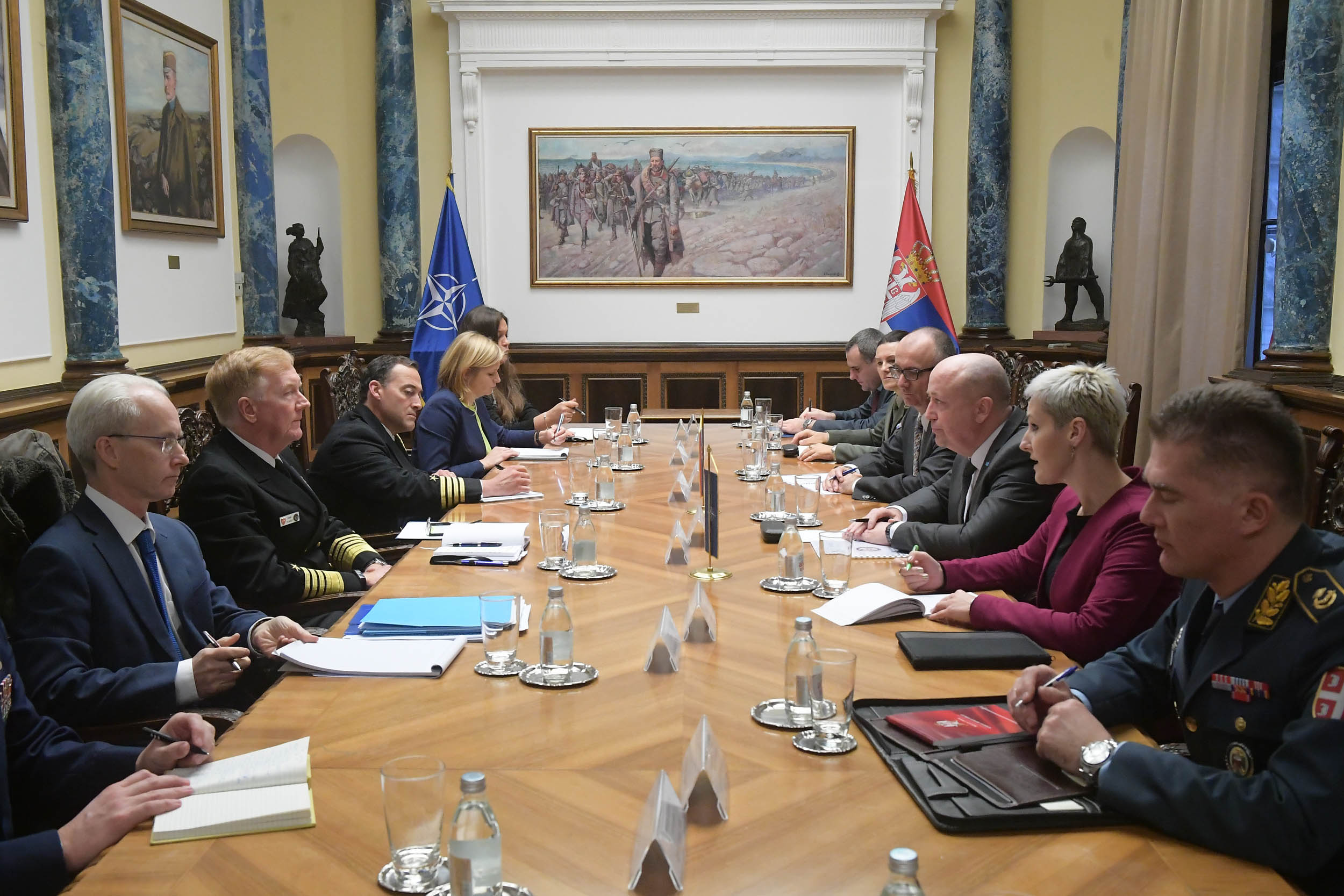 BELGRADE – Peace and stability in the Western Balkans will continue to be maintained through cooperation with NATO, said NATO Joint Force Commander James Foggo during a visit to Serbia, where he is staying at the invitation of Serbian Army Chief of Staff Milan Mojsilović.

Admiral Foggo talked with General Milan Mojsilović about the cooperation of the Serbian Armed Forces and KFOR, as well as joint activities implemented under the Partnership for Peace program and training activities.

Speaking about the security situation, Mojsilović said that he expects that KFOR, as the only legitimate armed formation in Kosovo, stays neutral and contribute to the overall stability of the province and, in particular, the security of the non-Albanian population in the North.

During his visit, Admiral Foggo had separate meetings with Secretary of State in the Ministry of Defense, Aleksandar Živković, and Acting Assistant Foreign Minister for Security Policy, Ambassador Branimir Filipović.

During a meeting with State Secretary at the Ministry of Defense, Aleksandar ŽivkoviĆ, Foggo said that the lines between the Army of Serbia and NATO were constantly opened in order to achieve constant communication and cooperation on the ground.

Secretary of State Živković emphasized that Serbia is a military-neutral country and that cooperation with NATO under the auspices of the “Partnership for Peace” (PfP) program is the optimal framework.

Foggo also commented on the role of KFOR in Kosovo and praised the work of this military mission.

“I think KFOR has done a pretty good job in the last 20 years,” Fogo said in an interview with RTS.

He recalled that 213 NATO soldiers had given their lives to maintain peace in Kosovo, but added that current cooperation with the Serbian Army was close and positive. Foggo added that KFOR is only the third in the response chain after Kosovo police and the EULEX mission.

The NATO Joint Force Commander in Naples also met with the new ambassador to Serbia, Anthony F. Godfrey, as well as with the Marines at the US Embassy in Belgrade.

“This visit will confirm and enhance the partnership between Serbia and NATO,” the US Embassy tweeted.

James Foggo is a US Admiral and current commander of the US Naval Forces Africa and commander of the NATO Joint Force Command in Naples. Foggo is currently visiting the region and his next destination is Sarajevo.

Macedonia: The protocol for NATO membership will be signed in January 2019