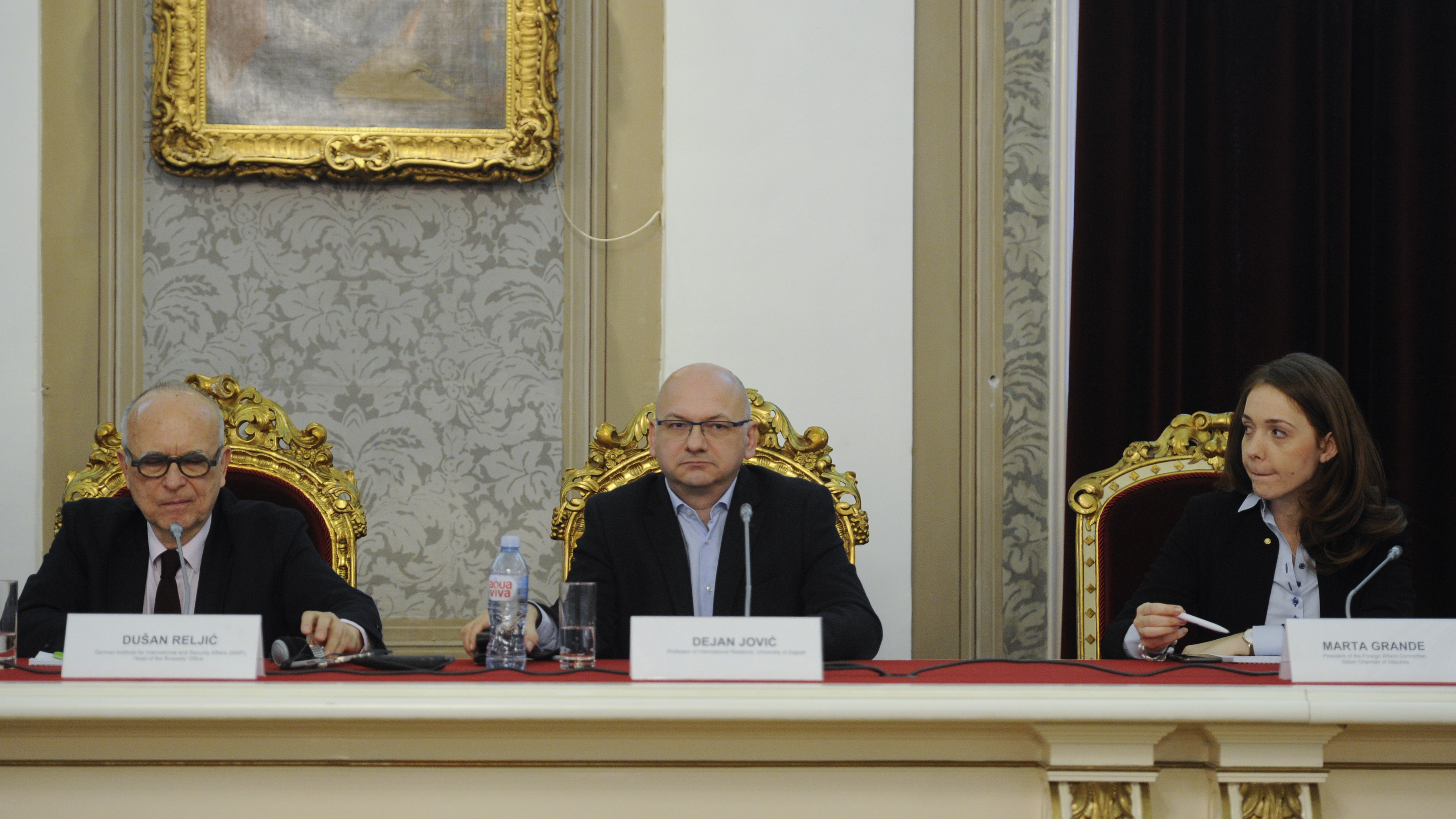 BELGRADE – Young people from the Western Balkans believe that their countries will never become a part of the European Union, said Professor from the University of Zagreb Dejan Jović and emphasized that even the Thessaloniki Agenda of 2003 today is questionable.

Jović made this assessment at the conference “Bringing the Balkans back to the EU fore” organized by Instituto Affari Internazionali, EU delegation in Serbia and European Western Balkans portal, held at the Belgrade University Rectorate. He also said that young people in the region expect stagnation in the next decade.

“Public opinion is very divided in the Western Balkans. Citizens are most pro-European in Albania, Bosnia and Herzegovina and Kosovo, while on the other hand, there is growing scepticism in Serbia”, Jović said, adding that there are increasing numbers of citizens indifferent whether the region or not will become a part of the EU.

He cited scepticism in Croatian society as an example, when that country became part of the European Union in 2013, stating that only 29 per cent of total Croatian population voted to join the EU.

According to Jović, these tendencies are present due to the fact that the EU does not recognize the moment, as well as due to the constant updating of the Copenhagen criteria, as well as bilateral disputes on the way to the EU.

He pointed out that countries on the road to the EU, in the Western Balkans region, will start thinking about alternatives, and that this is quite normal at this geopolitical moment.

“Region will look on the other side, such as the US, UK, Russia, China and Turkey. The US is now an alternative to the EU as it always was when the EU failed to deal with the region, as it was in the 1990s,” Jović noted.

Former Albanian Foreign Minister and current Albanian parliamentarian Ditmir Bushati said that countries in the region should not blame the EU for what the did not do.

“We have to be self-critical. I would not like to talk about the European enlargement, but about the consolidation of the European project after the fall of the Berlin wall,” Bushati said.

He also recalled the political and institutional crisis facing his country last year and stressed that the former EU Enlargement Commissioner Johannes Han had not visited Tirana at the time because he said he had no mechanisms to help. He added that the European Union has lost credibility in the region.

Commenting on regional cooperation Bushati said it has improved in recent years and there is no alternative to European integration.

“We can cooperate with third actors like other major powers, but they must not jeopardize our strategic goal. There is no alternative to the EU, it is a matter of democratization and consolidation,” he said.

Bushati stated that the countries in the region need economic and social growth and development, and addressing demographic problems.

“The question is how to make our countries European within ourselves. Russia and China are not helping us in these areas,” he concluded.

Marta Grande, Chairwomen of the Foreign Affairs Committee of the Italian Parliament, said that Italian society is also very sceptical about some EU issues, but that the Western Balkans are very important for the stability of Europe.

“I think that politicians and the political elites can do more. It depends a lot on their activity. If we go back ten years, we could not even imagine the EU after the war, but good politicians and politics led to it,” Grande said.

She stated that Western Balkans should be returned to the European agenda.

Sonja Liht, Chairwomen of Belgrade Fund for Political Excellence said it was necessary to find energy within the region’s countries on its way to the EU.