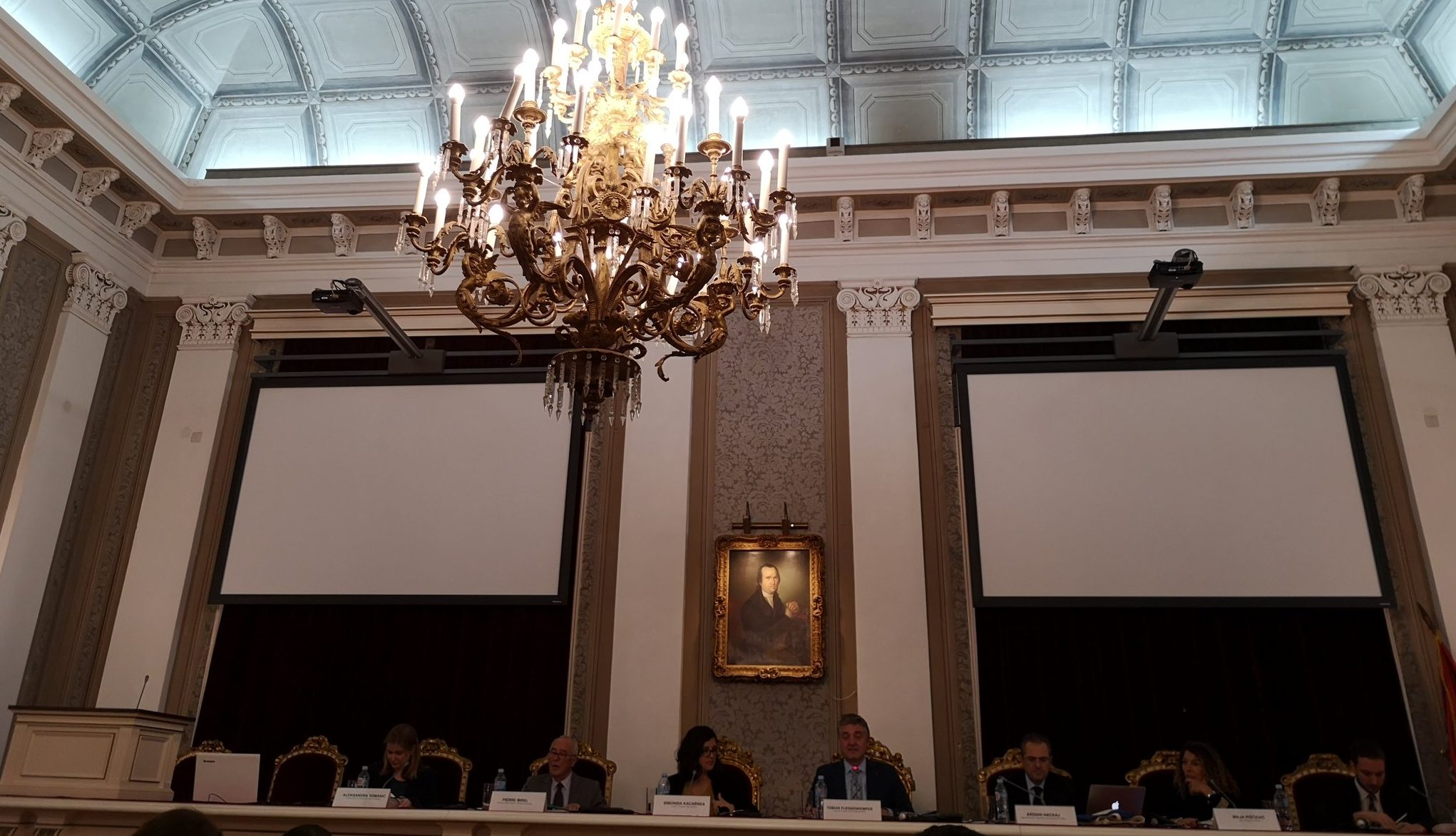 BELGRADE – Gradually integrating the Western Balkans into EU, clearer conditions and more emphasis on the rule of law – these were some of the suggestions on how the enlargement process could be improved, pointed out by the participants in yesterday’s panel discussion “Continuity and Change in the Enlargement Toolkit”.

The second panel of the Conference “Bringing the Balkans back to EU fore”, organised by Instiuto Affari Internazionali, EU Delegation to Serbia and European Western Balkans, focused on the recent proposals to reform EU enlargement that followed the refusal to open accession negotiations with North Macedonia and Albania.

“The process of enlargement is not working, opening of chapters has become an artificial process and the toolkit does not work anymore”, said Pierre Mirel, Honorary Director General at the European Commission.

He pointed out that Montenegro has spent eight years to open 32 negotiating chapters and close only two, which, according to him, is a failure. Mirel believes that the chapters have become obsolete.

His proposal is for the Western Balkans to enter the single market early, so that there are more investments.

“Priority should be the singe market, not as an objective, but as the first stage – objective should remain the membership”, said Mirel.

He also said that the Commissioners should start speaking clearly and openly and that Brussels should also engage more with the member states and the national parliaments.

Executive Director of the European Fund for the Balkans Aleksandra Tomanić agreed that the enlargement toolkit is not working. However, she said that, while the methodology is important, it misses the substance, when it comes to communication and consensus.

“We need the methodology that will help us see that the the EU integration is the most transformative power – it is not only about speed but also about hope”, said Tomanić.

She added that the fact that deepening is introduced before enlargement by some member states means that it is producing support for the stabilocracy.

Director of European Policy Institute in Skopje Simonida Kacarska said that the alternative models of integration would maybe have been appropriate for North Macedonia a few years ago – but now it is very painful after the concessions.

“New toolkit needs to deal with the executive bias, because other branches of governments are often sidelined when it comes to European integration”, said Kacarska.

She agreed that clarity of conditions and the assessments have always been a problem and added that the concerns about the rule of law need to go hand in hand with the rule of law in the EU.

The problem of clarity has also been tackled by Nikola Burazer, Executive Editor of the European Western Balkans.

“Encouraging messages are understandable, but they are blurring the assessments sent by the Reports – it makes them hypocritical”, he said, referring to the backsliding of democracy, particularly in Montenegro and Serbia as the frontrunner countries.

He also said that the messages concerning the delay of opening of accession negotiations with North Macedonia and Albania have been confusing.

According to him, some have said that the enlargement is no longer needed, some that it has to reform, and some that the countries have not met the conditions – which brings sincerity of the decision into question.

Clarity of EU officials is of fundamental importance, especially now that the 2025 perspective has clearly failed, Burazer said.

“If we look at the 2025 perspective, we can already see that this date is lost, which is quite a tragedy if you remember that only two years have passed. With this tempo, Serbia will not open all the chapters by 2025”, he stressed.

Research Director of the Cooperation and Development Institute in Tirana Ardian Hackaj stated that his organisation is focused on connectivity, because they believe that it is easier to monitor the results of the investments. He find the current form of Instruments for Pre-Accession Assistance poorly designed.

“When you look at the investments of IPA fund in the field of rad infrastructure, the majority companies working are outside of the Western Balkans. I can’t accept the fact there are no road engineers from the Serbia, Montenegro or North Macedonia”, he said.

Head of EastWest Balkans Maja Piščević pointed out that there are numerous opportunities to block the accession by a single member state.

“Macron could have formally opened the negotiations and then block them on the first opportunity. So this maybe shows that he is serious about the reform”, she said.