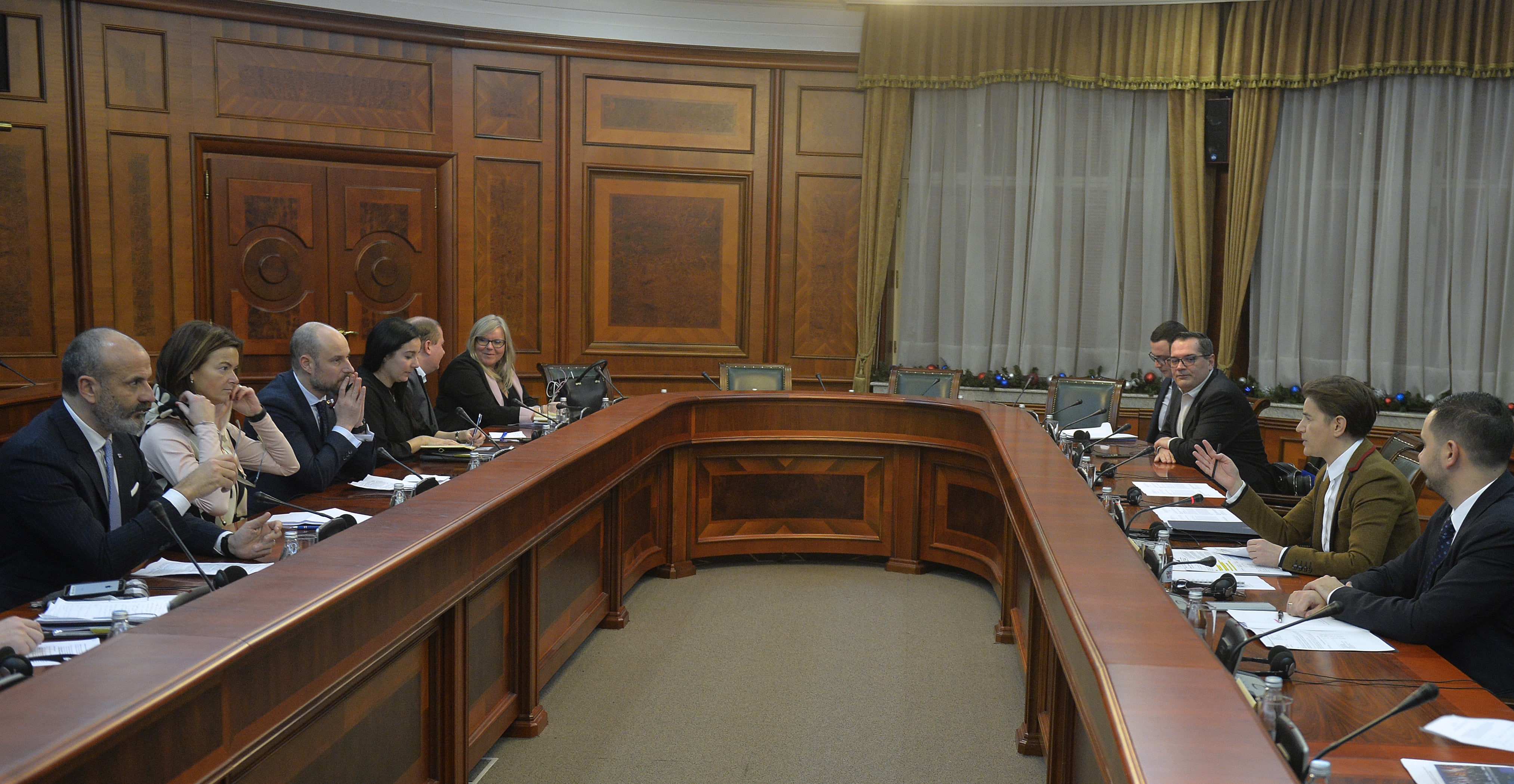 Conditions for fair and free elections in Serbia have not been established after three rounds of dialogue mediated by the European Parliament, which finished last Friday. This is the assessment of the opposition gathered in the Alliance for Serbia, which once again confirmed their intention to boycott the election, but also Chair of EP Delegation for Serbia Tanja Fajon and Rapporteur Vladimir Bilčik, who wrote in last week’s op-ed for Blic that more than 60% of the commitments had not been implemented.

It would be incorrect to say that nothing has been achieved since the exchange of letters between Chair of the European Parliament Foreign Affairs Committee David McAllister and Speaker of the National Assembly of Serbia Maja Gojković in September, which kicked off the process. However, the majority of the changes have been limited to formalities and easier and less controversial areas. Some additional commitments and the timetable for their implementation have been determined on Friday, but several important areas, such as pressure on the voters, have not been tackled.

European Western Balkans has written both on the occasion of the first and the second round of dialogue, in October and November, that the unwillingness of the government to make meaningful concessions and the unsuitable format of the dialogue that was rejected by a significant part of the opposition in advance do not promise for a great success in establishing conditions that would be fair for all sides.

The main question for EU is how it will continue its engagement in resolving the political crisis in Serbia, and whether a delay of the elections until the last legal deadline, agreed on Friday, will change the equation for any relevant player.

According to the Timetable on the Implementation of Commitments agreed throughout the dialogue, the only completely implemented reforms concern the review of the Electoral Roll and enabling the citizens to access it before and after elections, as well as the adoption of laws preventing the abuse of public resources during the campaign.

Most of the commitments are only partially achieved or still ongoing, crucially those concerning the Regulatory Body of Electronic Media (REM), an institution responsible for, among other things, ensuring the professional reporting on the political actors during the election campaign. The election of new members of REM, its constant monitoring of media service providers, as well as adoption of a Rulebook  for Public Media Service providers on how they should implement the existing legislation during the pre-election campaign and Recommendations for Commercial Broadcasters are all still pending.

The case of REM shows that the media are still the most important factor for the ruling parties. Political scientist Boban Stojanović agrees with this assessment.

“As long as there are two propaganda TV channels of the ruling party that enjoy the national coverage (Pink and Happy), two other TV channels that are slowly moving in that direction (Prva and O2) and with the public broadcaster RTS being as it is – election conditions are still very far away from being fair. Let us not forget the pro-government tabloid newspaper which employ fake news, propaganda and the worst kind of discreditation of the political opponents”, emphasises Stojanović.

He sees the pressure on the voters, not covered by any of the commitments in the timetable, as the second most important advantage of the ruling parties. According to Stojanović, it mostly takes a form of conditioning the citizens employed in the public sector to vote for the government, but the citizens in the private and civil sector working with the state are not excluded from this either.

“They have gone so far that the votes have to be ensured through private companies and civil society organisations, and submission is expected, as well as limitation of any public speech critical of the government. The lists of voters gathered by the ruling party activists are not “safe votes” – it is a completely different concept of communication with the voters, who are demanded to prove that they have voted for a party”, he says.

Stojanović additionally assesses that the commitments that have been implemented are still on the level of wishful thinking, because they are mostly limited to the amending and adoption of the new documents, and not the changes that are visible in practice.

“The fact that something is adopted as a rule, as an institution, as a law in Serbia – that does not mean that it is going to be implemented. This is why the several amendments to certain laws and several conclusions of the Government cannot solve the problem of the public officials’ campaign, especially given the fact that it is taking place right now, while the new provisions are allegedly adopted”, he concludes.

That a set of amendments to the laws intended to prevent the abuse of public resources in a camaign, adopted in the context of dialogue, are a step in the right direction, but not a sufficient one, is also the assessment of the Transparency Serbia, which in a statement from the beginning of December states that the proposals recently adopted by the National Assembly do not cover many other problems recognised by the public and international organisations.

New laws, according to Transparency, still do not prevent public officials’ campaign because they do not prohibit activities that are presented as regular but are actually pre-election promotion, such as visits to schools, hospitals, construction sites, distribution of social assistance and similar. Necessary powers of the Anti-Corruption Agency are also not defined, and the problem of the uneven financing of the election campaign remains unresolved.

With shoving the key issues such as the situation in the media and pressures on voters under the carpet and satisfying itself mostly with formalities, even them not without shortcomings, the question is whether the government honestly expected that the opposition will change its position of the boycott of the elections.

What is the next step?

According to Boban Stojanović, the answer to the previous question is that the government wanted to “pull out” as many still undecided parties as possible to the elections and to show that it is ready to cooperate to the international partners.

“It is very interesting that some government MPs now say that the reforms that have been implemented are good things and boast with them, and only a few months ago they were saying that all of them are a complete nonsence”, he says.

Because of this, Stojanović believes that it is possible to expect some other format of the dialogue before the elections next spring, but that the only thing that could lead to substantial results are what the citizens of Serbia could see at the beginning of December, when the representatives of European Parliament met with the Alliance for Serbia (SzS) and Free Citizens Movement (PSG) individually.

SzS, which is the only opposition coalition guaranteed to cross the five percentage of votes threshold, announced the boycott of the elections three months ago. PSG, which is hovering just above the threshold according to the polls, is still undecided. All other parties, not counting the ruling SNS and SPS, have been polling under 5% for years at this point.

One of the outcomes of the meeting on Friday was the agreement that the election should be held as late as legally possible, which means the first weekend of May 2020, so that there is enough time to implement all the commitments. SzS has already declared that this period will not be enough – they demand at least nine months, preferably under a transitional government, in order to participate in an election.

The second possibility put forward by the opposition is that there should be a snap election after the regular election in spring, as soon as the fair conditions are established. What will happen in the end will depend on the final list of participants in the regular election, but also the result achieved by the parties not participating in the ruling coalition – it is unlikely that a National Assembly composed only by the two ruling parties and its allies will be seen as a legitimate one, at least for a significant amount of time.