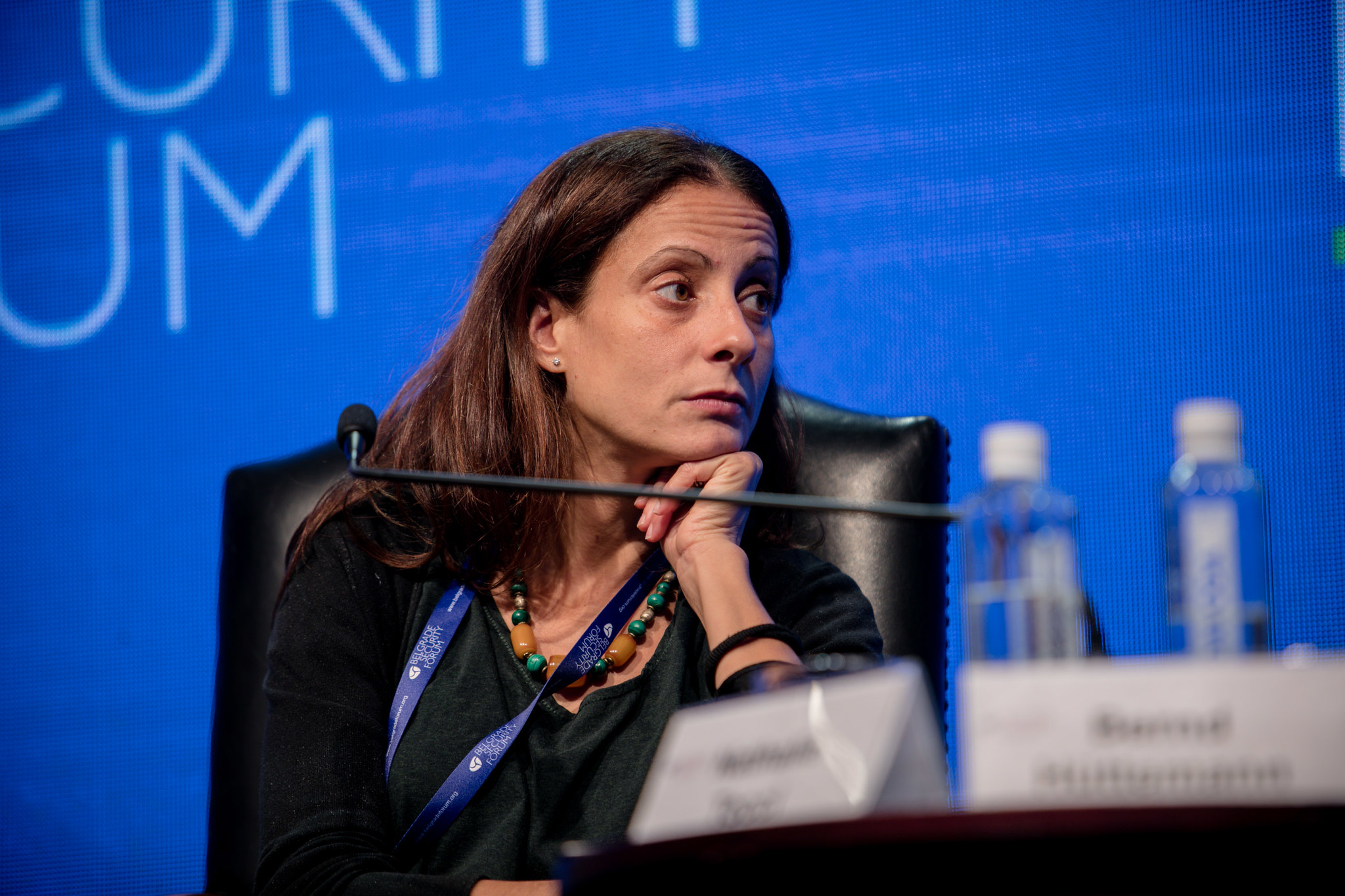 Opening of the debate on EU accession process reform, together with the fresh start of the new European Commission, has brought some much needed optimism about the future of the enlargement, albeit still a careful one. Is there indeed a reason to be hopeful about the next five months, which are expected to be concluded with EU-Western Balkans Summit in Zagreb? This is a topic we discussed with Nathalie Tocci, Director of the Istituto Affari Internazionali (IAI) and former Special Adviser to EU High Representative Federica Mogherini responsible for writing the European Global Strategy. The interview took place during the Conference “Bringing the Balkans back to EU Fore”, organised by IAI and EWB portal last Friday, with the support of the EU Delegation to the Republic of Serbia.

European Western Balkans: We have heard multiple times during the panel discussions at the Conference, and you have said it yourself, that the current enlargement process is not delivering. Are you encouraged by the two non-papers, the first one released by France and the second by nine Member States, on the ways to reform it?

So, with its faults, or for all his faults, although I obviously disagree with him, one has to credit (French President Emmanuel) Macron for having shaken us up. It is a bit like when, in a completely different context, he has shaken the debate about NATO by saying that it is brain dead. One does not agree with it necessarily, but at least it opens up a debate. And given that, implicitly, the enlargement process has already been politicized, the fact that there is now a political debate can be healthy.

Now, of course, the debate can go both ways. But I take it that it is up to us, and by us I mean those who do believe that the enlargement process should continue, to come up with good arguments that are persuasive and that deliver.

EWB: When you say that you are not very encouraged about the content of the proposals, what exactly do you mean?

NT: Firstly, I think some of it (the French proposal) is unnecessarily stating the obvious, for example the idea that the process can be reversed and that there is not a predestined end to it. I think that this is obvious – if the things are not done, the process can be reversed. So, it’s unnecessarily putting the questionmarks in the process which either state the obvious or hide the fact that there is ultimately the lack of willingness to move ahead with it. Which, you know, the French really hide. They do not want the process to continue, and so they have put out their proposals. I think that it is up to others to do otherwise in a different direction.

EWB: You said in your speech today that the Western Balkans is at a crossroad right now. Does that mean that you believe that there is a chance for new consensus on enlargement in the EU to be reached in the next few months, before the Zagreb Summit or at the Summit?

NT: I think that it is definitely possible to get to the point, hopefully before the Zagreb Summit, but let’s say at the latest at the Summit, in which accession negotiations are opened with Albania and North Macedonia. That I think is a possibility.

I do not think that it is possible to resolve in few months the big debate about enlargement – that will take more than that to resolve. But I do think that it is possible to win that debate, and the reason why is that the whole rationale of having the European Union today is a global rationale. Whether we are talking about the climate change or negotiating with China or the United States or Russia or addressing the challenges of technology and artificial intelligence, all these things project the Union to the global level. And if you think about the Union through the global framework, than it is actually in some respects easier to make the enlargement argument than it was when we were talking about the Union in terms of prosperity of the single market, or even the peace of the continent after the Second World War.

EWB: As a former adviser to the High Representative, do you believe that Mr Borrell will have more success in resolving some issues in the region, for example Belgrade-Pristina dialogue, than maybe Ms Mogherini had?

NT: Let me put it this way – it would be devastating if in the course of his mandate, meaning over the next five years, an agreement were not to happen, considering how in the past the countries have come quite close to it.

EWB: Do you see any potential significant difference in the approach of the new European Commission to the Western Balkans than the previous one? For example, many people have raised concern about the new Enlargement Commissioner, Mr Varhelyi, that his appointment would mean different approach to enlargement. Or do you think there will be continuity with the previous Commissions?

So, the last Commission started out in a very lukewarm way, but then it changed, over the last few years – it recommitted itself to enlargement. I think that there is continuity with the second half of the last Commission, particularly with the Commission that defines itself as a geopolitically, having this global rationale.

NT: Given what happened in October with the European Council (not opening accession negotiations) – either it is a complete disaster, because that decision will not be reversed, or if it is reversed, even if it does not achieve much else it will be viewed as a great success.

So, the stakes are much higher, but not because Zagreb Summit will necessarily agree on, but what happened before it.

EWB: I have to ask you about Brexit, because of the election results last night. Do you think that Brexit itself is still an encouraging phenomenon for the Eurosceptics in the EU and WB, or maybe it has lost some of its appeal in the last three years?

NT: I think that it has been an incredible boost for Europhiles in the rest of the EU. Simply looking at the way in which the UK has started spiraling in this vicious cycle of political meltdown, is really quite striking. Now, the results of the election last night, from a perspective of EU 27, I would say are actually relatively good. At least this dreadful story which has been going on for the last two and a half years is going to be over. I fear that for the UK itself is going to be an absolute disaster because of the political consequences that it will lead to, particularly in terms of the territorial integrity of Great Britain, are going to be pretty devastating over time.