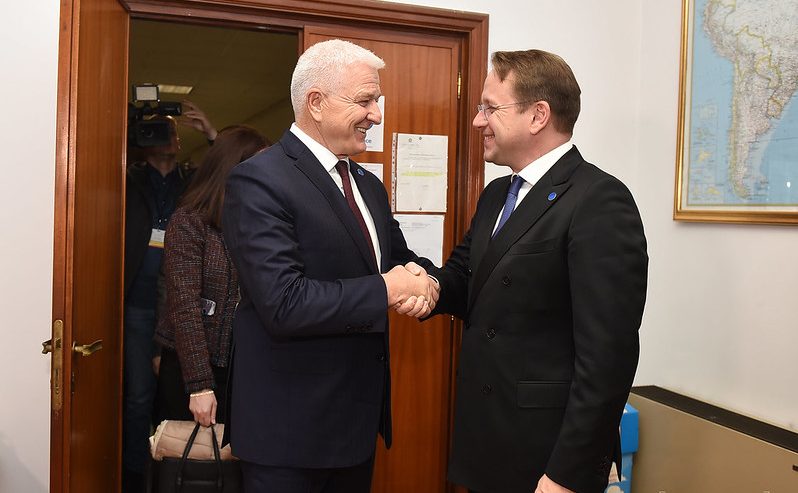 PODGORICA – Montenegro is the frontrunner in European integration, while the common goal is to further accelerate Montenegro’s integration process and give strategic importance to the enlargement of the European Union to the Western Balkans.

“My goal is to have Montenegro ready to join the EU by the end of my mandate”, stressed Várhelyi.

Both Conte and Várhelyi emphasized that they particularly value Montenegro’s regional policy, which is characterized by good and quality relations with all countries in the region, the press release reads.

At the Summit, the one-year chairmanship over the Central European Initiative – regional cooperation mechanism which includes 17 countries – was transferred from Italy to Montenegro.