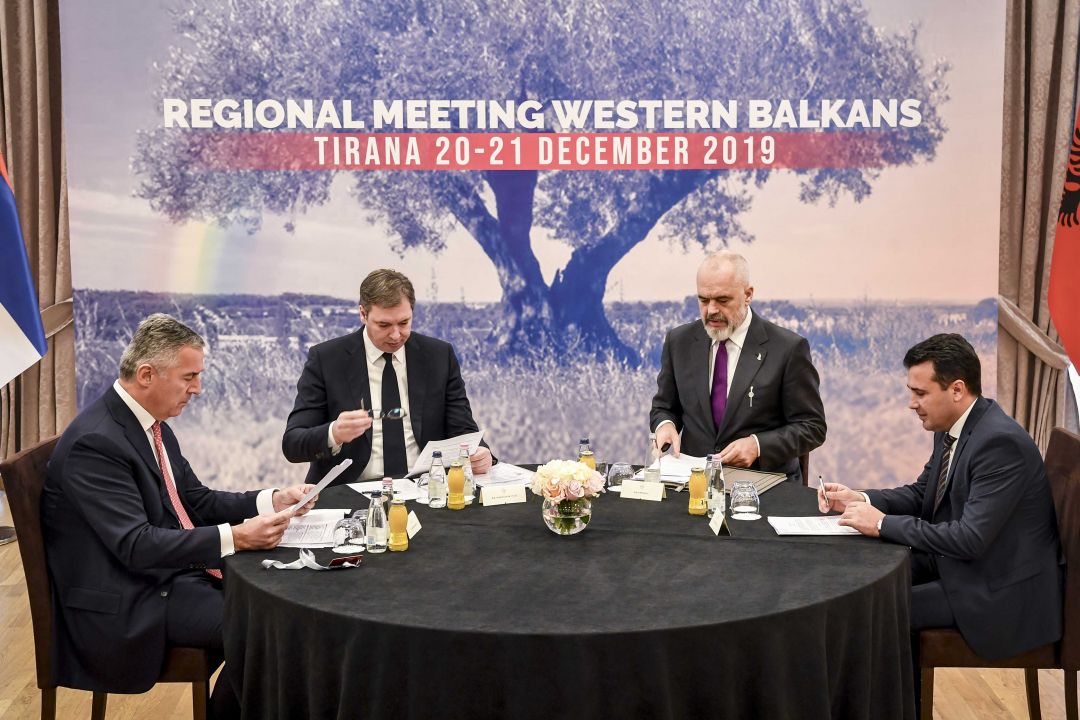 TIRANA – Decisions on enhancing trade in the region were reached at a Western Balkans Summit in Tirana, and they will be signed in Podgorica or Belgrade, depending on the agreement, President of Serbia Aleksandar Vučić said today.

The meeting was attended by Albanian Prime Minister Edi Rama, Prime Minister of North Macedonia Zoran Zaev, President of Serbia Aleksandar Vučić, and for the first time  President of Montenegro Milo Đukanović, who discussed the creation of a “more unified” labour market.

Prime Minister Zaev said after the meeting that Albania and North Macedonia would take over a software system from Serbia that would allow citizens of the two countries to apply for the job electronically, and that the system would open up opportunities for all citizens of Serbia, North Macedonia and Albania to work in these three countries without additional documents, work permits or visas.

“We talked about creating an opportunity for any citizen of the world once he enters this region to no longer need additional documents when traveling throughout the Western Balkans. If a Chinese citizen lands in Belgrade, they can travel freely to all six countries in the region”, Zaev emphasized.

According to President Vučić, in addition to the fact that veterinary and phytosanitary inspections at the border between Serbia and North Macedonia work 24 hours, customs teams will also have a meeting in the next period to facilitate customs clearance and further reduce waiting at the border.

Discussions are also underway on paperless systems to be used by the customs services of countries in the region and other agencies.

Prime Minister Edi Rama said today that there were no additional conditions for Kosovo’s involvement in the initiative, and stressed that he believes that “Kosovo does not need self-isolation”.

“If Kosovo needs respect, integration, economic development, this is the path,” Rama said at a press conference in Tirana, asked if there were any additional conditions for participation Kosovo and what he thinks of Hashim Thaçi’s comments on the “mini-Schengen”.

Rama said that the initiative was inclusive, did not exclude anyone and that any conditionality would be considered unacceptable.

President Milo Đukanovic said that Montenegro is committed to regional initiatives and will participate in the “mini-Schengen” talks in the coming period and contribute to the Western Balkans region achieving its European integration in the near future.

“This means that we strongly believe that regional initiatives are a great opportunity to build confidence and, on that basis, to achieve co-operation that will contribute to the development of the region as a whole,” Đukanović said.

He added that Montenegro is ready to host some of the future meetings.

“Each of our countries wants to be part of the EU, but every one wants to Europeanise their society and to ensure that people in our region are part of European values. This is the primary responsibility of all our governments. All the initiatives are far more meaningful when we know that they lead to the achievement of standards that will pave the way for EU membership”, Đukanović underlined.

Next meeting in Belgrade

The next meeting of the initiative is expected to take place in Belgrade in late January or early February next year. “After that meeting, citizens of Serbia, North Macedonia and Albania will already be able to feel the benefits of this regional co-operation”, Zaev said.

He called on leaders of all countries in the region to attend a meeting to be held in Belgrade. “After Belgrade, I expect the meeting to be in Podgorica, to be there and hopefully it can continue in Pristina or Sarajevo”, Zaev said.

When it comes to European integration, he stressed that this initiative serves only to further accelerate it and nothing further, and that it serves to eliminate intolerance in the region on its way to the EU.

Hahn: EU to live up to its commitment towards North Macedonia’s accession process