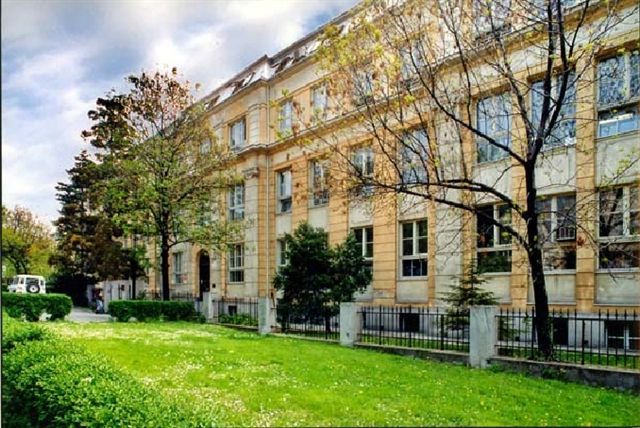 In the year in which Serbia marked twenty years since the bombing, state Commission for the Inquiry into the Consequences of NATO Bombing presented a part of the report of the medical commission, with a conclusion that the number of children that get cancer in Serbia is growing. While the experts emphasise that connection between bombing and the growth of malignant disease cannot be established with certainty, the Commission is distancing itself from such a conclusion as weill, explaining that further research is needed. At the same time, official institutions of Serbia expresses mistrust in the Report of the NATO Committee on Depleted Uranium, which states that there is “no long-term health risk”. The public is even less favourable towards NATO: according to the results of the most recent surveys, 89% of the citizens of Serbia is against the membership in the Alliance.

“We have received data that there are traces of statistical significance among children aged 5 to 9. We can say that there is a certain factor that caused the children to be more susceptible to the development of a malignant disease”, said the President of the Commission for the Inquiry into the Consequences of NATO Bombing, Doctor Darko Laketić, while presenting the results of the medical scientific study which the Commission carried out with the Institute for Public Health “Milan Jovanović Batut” from Belgrade. He stressed that the identifying the cause is of paramount importance.

However, the public has not received an insight into the medical study, according to which Laketić presented the data.

Commission for the inquiry into the Consequences of NATO Bombing 1999 on the health of citizens of Serbia, as well as on the environment, with a special emphasis on the consequences left by the projectiles containing depleted uranium, was established by the National Assembly of Serbia in May 2018.

According to an unofficial explanation by one of the members of the Commission for EWB, its work is closed to the public, and the only person with authority to give information to the public is its President Darko Laketić.

On the other hand, Institute for Public Health “Batut” explained for our portal that, for the purposes of the medical study, this institution is “involved in the analysis of the data contained in the registries for cancer from an epidemiological standpoint”. However, EWB‘s request for the official conclusions was left unanswered.

The founding declaration was signed by the Minister for the Protection of the Environment Goran Trivan, Minister of Health Zlatibor Lončar, Minister of Defence Aleksandar Vulin and Minister of Education, Science and Technological Development Mladen Šarčević. Minister for the Protection of the Environment announced on that occasion that the research will last several years and that it will include the territory of Kosovo. “Our work will be public, we will work for as long as necessary to get to as many data as possible”, Minister Trivan said in May this year for Radio-Television of Serbia.

However, about a month ago, Minister Trivan, who is in charge of the work of this body, signed a decision on the degree on the secrecy of work of the Coordinating body. “Putting these documents in a top secret category is necessary for the prevention of harm for the interests of Serbia, that is endangerment of its international position and cooperation with other countries, international organisations and other international subjects”, the decision reads.

Commission: There was no discussion on charges

In June this year, the second International Symposium on the Consequences of NATO Bombing was held in Niš. Individual charges against the NATO Member States were announced for the fall. “We will charge for material and non-material damage done to us”, announced the President of the association of citizens “Depleted Uranium” Sreto Nogo at the symposium. However, the year is at the close, and the charges are nowhere to be found.

The reason for this is probably the fact that there are no conclusions of the Commission for the Inquiry into the Consequences of NATO Bombing, which one of the initiators of the proposal, lawyer Srđan Aleksić, assessed to be necessary to kick off the procedure. On the other hand, the decision on establishment compels the Commission to notify the National Assembly on its work every six months, while the first report is due by the end of 2020. The Commission pledges that all deadlines will be respected. “First preliminary results are expected next year”, says Laketić for EWB.

“At this moment we can say that we have compiled a lot of significant data on the subject”, said Laketić shortly for our portal. He reminded that the work of the Commission is regulated by the Rules of Procedure of the Assembly and deadlines defined by the decision on its establishment. Laketić did not respond to our question on why only partial results of the medical study have been published, while its entirety remains unknown to the public.

This did not stop the publication of various fake news in the tabloids, according to which the consequences of NATO bombing on Serbia are catastrophic and beyond doubt. Relying on one of the media reports on the Niš Symposium, three outlets published fake information that the “German daily Junge Welt is seeking justice for despicable crimes of the NATO aggression: The consequences of the war are still significant, depleted uranium still killing the Serbs (Kurir, July 2019). Informer went a step further, publishing that “Junge Welt insists that the German government pay war reparations to Serbia”. An article on this issue was also published by Dnevna gazeta, with a question: “Shouldn’t the aggressors suffer costs for the rebuilding of chemical industry in Pančevo … asks German daily Junge Welt in an article on the consequences of the bombing of FR Yugoslavia with depleted uranium in 1999?”. According to the explanation of the Fake News Seeker, reports on the questions have been interpreted as an information, for which there is no confirmation in the quoted article.

Tabloid newspaper also wrote about the alleged charge that an American pilot submitted against Serbia for the trauma suffered during the bombing. However, the Fake News Seeker has shown that not only the person is non-existent, but also there is no “decision of the court” according to which Serbia, as a legal successor to Yugoslavia, is “officially responsible for the war and guilty for causing it”, which was reported by numerous tabloids.

Asked by EWB whether there are any plans to submit such charges based on the work of the Commission, Laketić says that the Commission has not undertaken any discussions on the legal dimension of the problem. “We have had intensive discussions with the experts from the field of health and ecology on potential remediation of the ground and help with curing certain illnesses”, answer to EWB reads.

With the goal of determining the consequences of the bombing, NATO formed a Committee on Depleted Uranium in 2001. This Committee, in cooperation with the United Nations, exchanged information on potential risks for health that could arise as a consequence of NATO bombing. “According to independently gathered data, this Committee concluded that the fact that NATO  used depleted uranium in Kosovo causes no long-term health risks. The same conclusion is pointed out by the United Nations Report”, Spokeswomen of NATO Oana Lungescu said in a written statement for EWB.

She emphasised that the goal of NATO operation in 1999 was never directed against Serbs, but at the protection of the civilians and added that “NATO has understanding for the fact the memories of the campaign are still painful for many”, the answer reads.

The results of the research on Serbia-NATO relations undertaken this year by the public opinion agency Ninamedia in the context of the project of the Atlantic Council of Serbia “Euro-Atlantic Integrations in the eyes of Serbian media”, have shown that 89% of the citizens is explicitly against Serbia’s membership in NATO.

“We understand that NATO is controversial in Serbia”, says Lungescu for EWB, assessing that the past should not be forgotten. “However”, she added, “Serbia and NATO are overcoming this gap through partnership with a sight on the better future”.

How will enlargement reform affect Serbia and Montenegro?