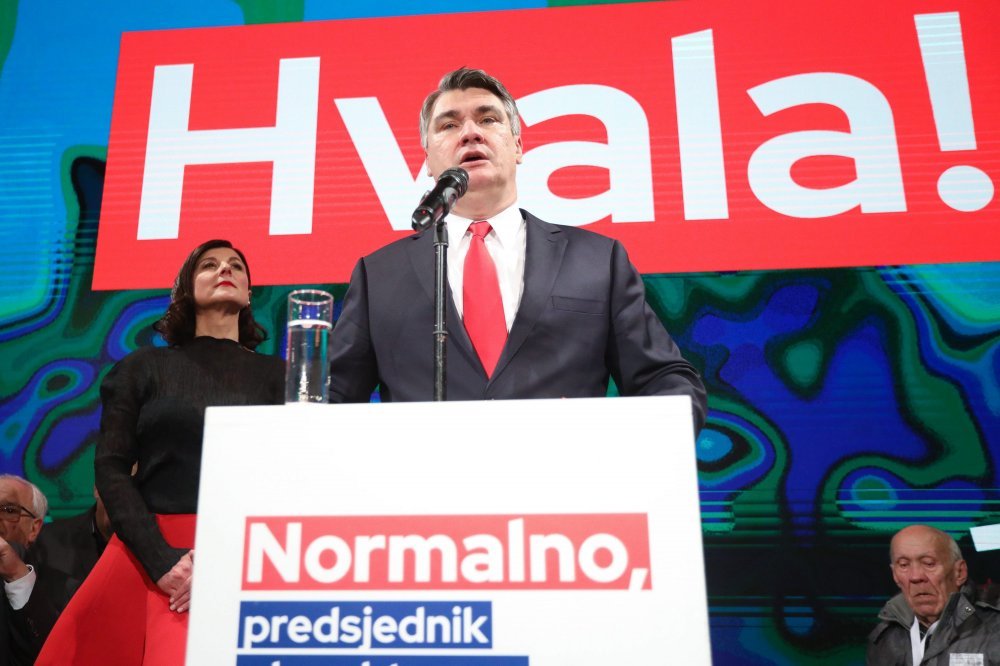 ZAGREB – Zoran Milanović, the candidate of the opposition Social Democratic Party, was elected as the new president of Croatia after defeating incumbent President and Croatian Democratic Union (HDZ) candidate Kolinda Grabar Kitarović in the second round of presidential elections by more than 105,000 votes, reports Tanjug.

Kolinda Grabar Kitarović, who has served as the President for the past five years, said she was ready to advise Milanović about whatever she did and suggested meeting even before the official transfer of power.

Zoran Milanović (54), the former prime minister of Croatia, returned to politics after nearly a four-year retreat he made after the National Coalition, which he headed, was defeated in the 2016 election. During the past four years, Milanović ran a consulting company EuroAlba Advisory and he was almost completely absent from the public.

The position of the President is largely ceremonial, but this is nevertheless seen as a blow to the ruling HDZ, which has been in power since 2015. General election are expected for the second half of 2020.

Caretaker Government of North Macedonia appointed ahead of elections

EU and the Western Balkans in 2020: The Year of Decisions