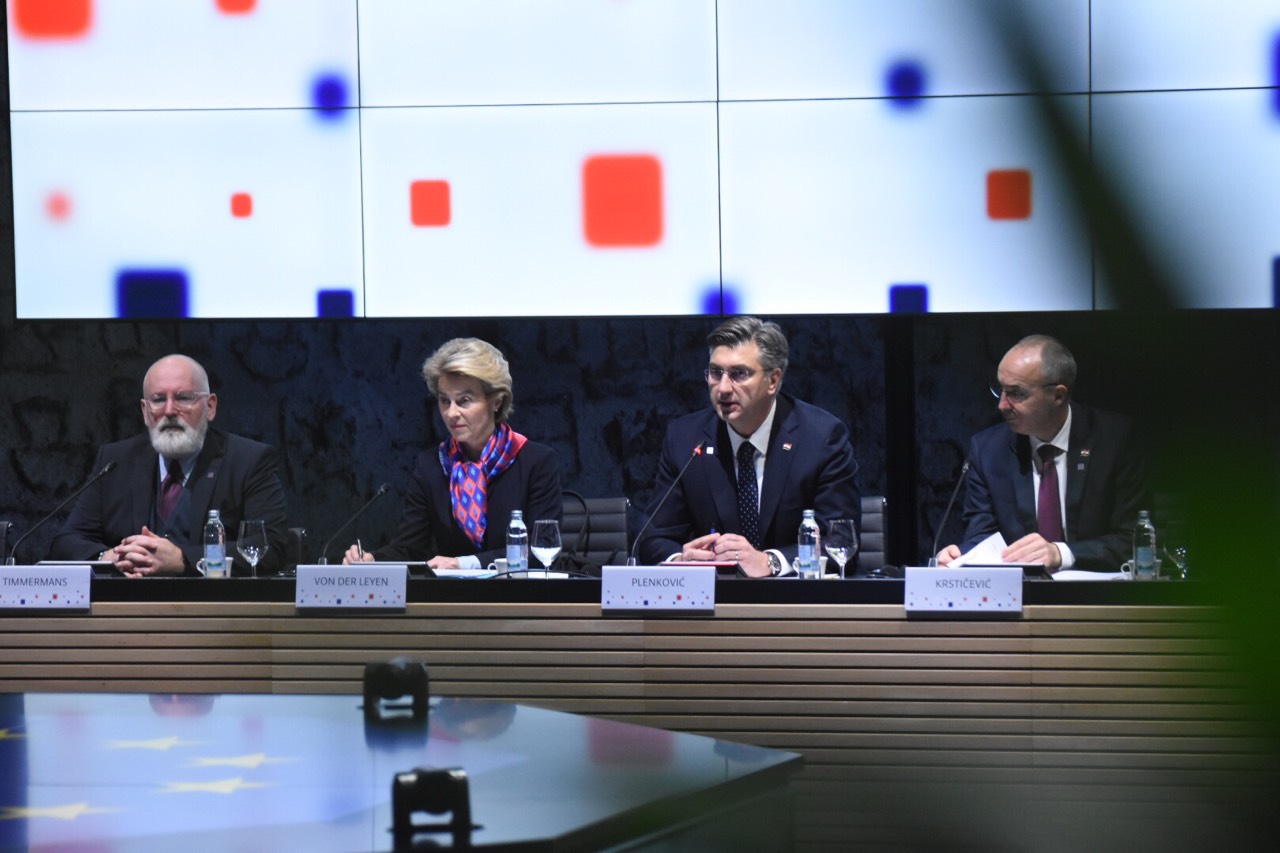 Joint session of the European Commission and Government of Croatia; Photo: Twitter / VladaRH

ZAGREB – President of the European Commission Ursula von der Leyen stated today that the Commission will work on and present the new enlargement process methodology in the first half of the year, but that this should prevent launching of negotiations with North Macedonia and Albania, which have fulfilled all the conditions for this step.

Von der Layen stated this in the capital of Croatia, on the occasion of the joint session of the European Commission and the government of Croatia, held as the formal beginning of the first Croatian Presidency of the Council of the EU.

According to N1, von der Leyen also said that the EU will organise an international donors’ conference on 17 February in Brussels to support the reconstruction efforts in Albania after the earthquake that struck the country at the end of November.

Prime Minister of Croatia Andrej Plenković reminded that the EU-Western Balkans Summit will be held at the beginning of May in Zagreb.

“We want to introduce a new dynamic and, if possible, break the deadlock on opening of negotiations with North Macedonia and Albania”, Plenković emphasised.

Among other priorities of the Croatian presidency is the adoption of the Multiannual Financial Framework for the years 2021-2027. Croatia will work on reaching a compromise among member states, Plenković said.

Agreeing on the new Green Agenda is another short-term goal of the EU, which was emphasised by President von der Leyen.

She said that assumption of its first Presidency is a big day for Croatia and also an important event for the new European Commission, which will mark its first 100 days during this period.

“I have carefully listened to your priorities, and I can say that they are our priorities as well. Our success depends on your success”, von der Leyen concluded.

EU: Community to be formed in line with Kosovo laws