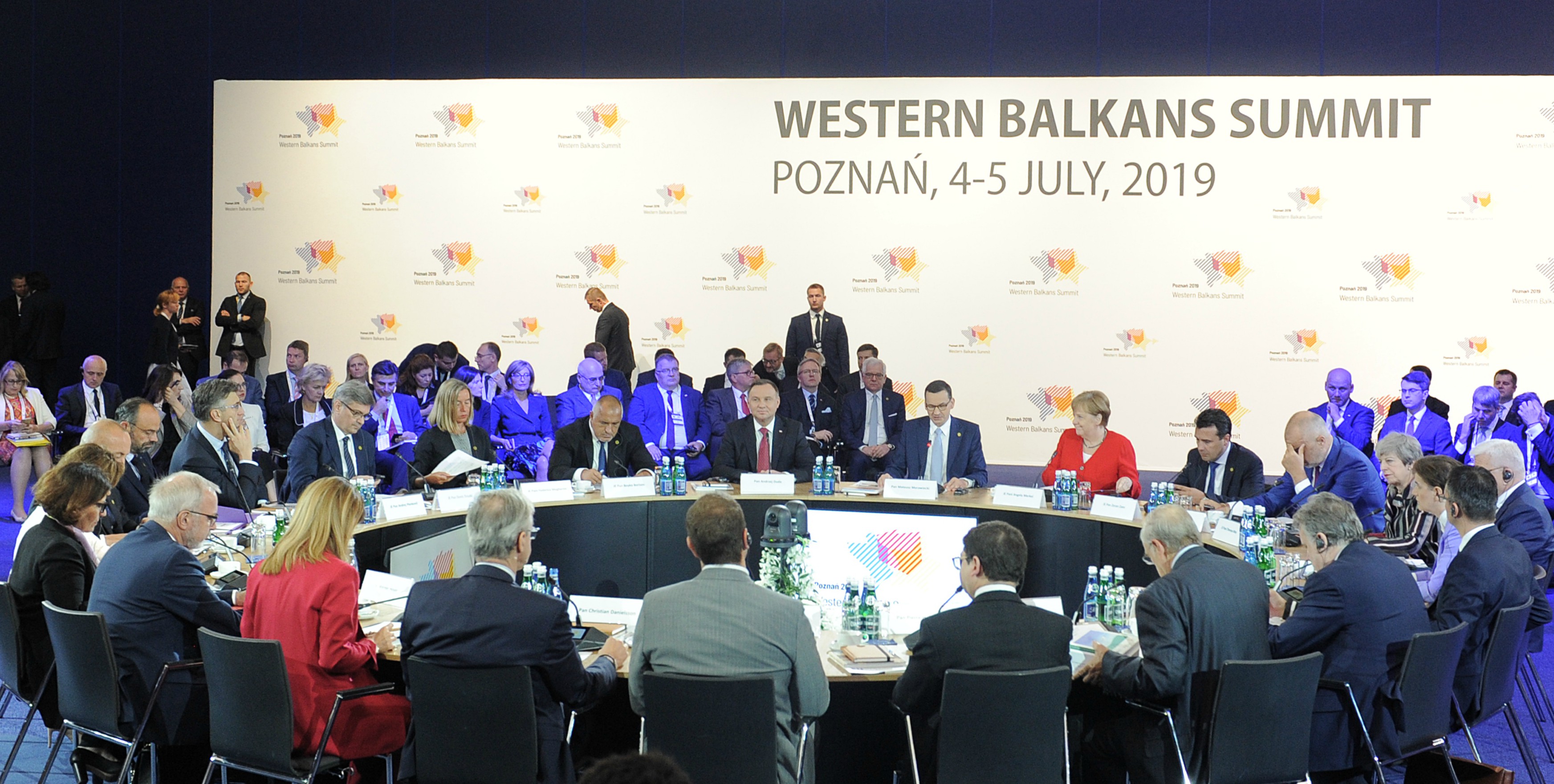 It is well known that while the governments of the six Western Balkans countries (WB6) are still distrustful towards each other because of the legacy of the past, Civil Society Organizations (CSOs) seem to have overcome that legacy. The work the CSOs are doing in such an interconnected social, political and security entity made the international community and the WB societies to start considering them as the avant-garde of the regional cooperation.

Having in mind that regional cooperation and reconciliation are one of the key components of the EU integration process, under the leadership of German Chancellor Merkel, Berlin High-Level Conference of the Western Balkans was organized in 2014. The process initiated at this conference later became known as the Berlin Process.

Civil society organizations from the Western Balkans region represent an important part of this process.

The final declarations of the summits stress the importance of the role of civil society and call for greater engagement in the Berlin Process. CSOs have quickly understood the importance of the initiative and created the Civil Society Forum – a platform that exists since 2015 for monitoring the progress of the initiatives and feed the process with the policy proposals.

But what was achieved so far from the side of the CSOs and did these declarations that call for greater inclusion of CSOs give any effect?

For Gentiola Madhi, Research Associate at Osservatorio Balcani e Caucaso – Transeurope, The Berlin Process has provided to the CSOs a valuable opportunity in a two-fold manner. It has expanded its networking and advocacy on the basis of common interests, while it has created a common regional voice in front of their interlocutors, namely the governments.

„The inclusion of the Civil Society Forum as an integrant part of the annual summits is the first important achievement in this regard. Another achievement regards the joint session of civil society representatives with the WB6 ministers, which has marked progress at the regional level”, said Madhi for the European Western Balkans (EWB). As the third achievement, Madhi lists the officialization of the CSOs as a partner in the region for all the national, regional and European stakeholders“, said Madhi.

She added that this practice was already present at national level, where the EU Delegations used to meet with the CSOs. Moreover, CSOs have now moved to another stage and earned regional recognition as independent non-governmental stakeholders that strive for the democratization of the countries.

Krisela Hackaj, Executive Director of the Cooperation and Development Institute from Tirana, told EWB that peer-to-peer cooperation is defining trait of the Berlin process and that the greatest achievements of the Berlin Process when it comes to the WB6 CSOs is that cooperation amongst them is intensified and the dialogue is established between CSOs and/or national decision-makers which has proven to give concrete results.

“In Paris such cooperation achieved its first tangible success with the establishment of RYCO. From July 2016 the political regional cooperation was complemented by policy-making cooperation in different sectors through WB6 ministerial meetings (or Ministerials). It also included business cooperation through the establishment of different B2B platforms, scientific cooperation, cooperation amongst Balkan civil society and regional political actors through the Civil Society Summit”, stated Hackaj and added that increased interaction between the decision-makers helps to augment the space and chances for socializing which leads to change of identity or positions.

She also pointed out that the progress registered on regional cooperation in P2P and B2B can be noticed through the outcomes of institution-building on the regional level, such as the creation of Western Balkans Research Foundation and the establishment of Western Balkans Chamber of Commerce Secretariat.

The important role of the CSOs in The Berlin Process

During the five years of the Berlin Process CSOs have collectively, consistently and continuously requested more transparency, accountability and monitored WB6 initiatives at both national and regional levels. For Madhi this is a clear sign that they seek faster democratization of their countries.

„The CSOs have also raised essential issues and have worked hard to include them in the leaders‘ agenda. A similar example is RECOM initiative, leaving though aside the aspect of its succeeding or not“, she pointed out.

According to Hackaj, the Berlin Process itself contributed to shifting the debate from “carrot and stick conditionality” towards a debate about the most adapted socio-economic development model and the main instruments, policies, and resources needed to implement it.

“Berlin Process did bring fresh air in the Enlargement debate by complementing the negotiations normative and chapter-based methodology, with a debate on its outcomes (on infrastructure, youth careers, market integration, emigration, inequality gap, etc.). By re-focusing on the socio-economic development needs of the WB6, the BP has brought to the fore the needs of the citizens and not only of the institutions”, concluded Hackaj.

What is needed in the future?

Now 5 years after the first summit in Berlin, our interlocutors said that this is a good opportunity for the improvement of the process itself. This includes the role of civil society with the emphasis on the monitoring of the implementation and making new partnerships in different sectors.

Madhi said that in the second five-year term of the Berlin Process, there is a need to work on the restructuring of the overall frame of the process and invest more in the assessment of the achievements and failures and capitalize on the lessons learned.

„The Civil Society Forum should now focus on holding its activities more frequently in the region‘s capitals and thematic regional working groups would be more appropriate, either with regards to the CSF costs or strategic advocacy with various stakeholders. These regional working groups can produce their own progress reports in the respective field areas and advocate in a constructive manner for their recommendations to be taken on“, Madhi highlighted.

She has also added that it is essential for CSOs to work closely together at a local level in order to communicate and inform the local communities on the Berlin Process framework in a simple and comprehensive language.

„It is particularly relevant to detach from the practice of capital-based conferences and reach the suburban and rural areas, where the information is really missing“, she pointed out.

For Hackaj the next challenge is to solidly embed CSOs contribution in regional cooperation processes and selected phases of planning, implementation, and monitoring of connectivity agenda by CSOs partnering with sector experts, local business, grass-root organizations, and researchers.

“The establishment of working relations with the different inter-governmental structures and sector-oriented actors involved in the BP will increase the relevance of CSOs input”, she said and that the contribution of WB6 CSOs is a strategic factor contributing to the EU investments visibility challenge, the much-needed popular support for reforms, and the sustainability of connectivity agenda and regional cooperation endeavors.

This article is written in the framework of the EU-funded project “Applying Sector Approach to Civil Society Contribution in EU Integration of Albania” implemented by Cooperation and Development Institute in partnership with Centre for Contemporary Politics and Friedrich Ebert Foundation. The opinions, conclusions or recommendations expressed are not reflecting those of the supporting institutions.