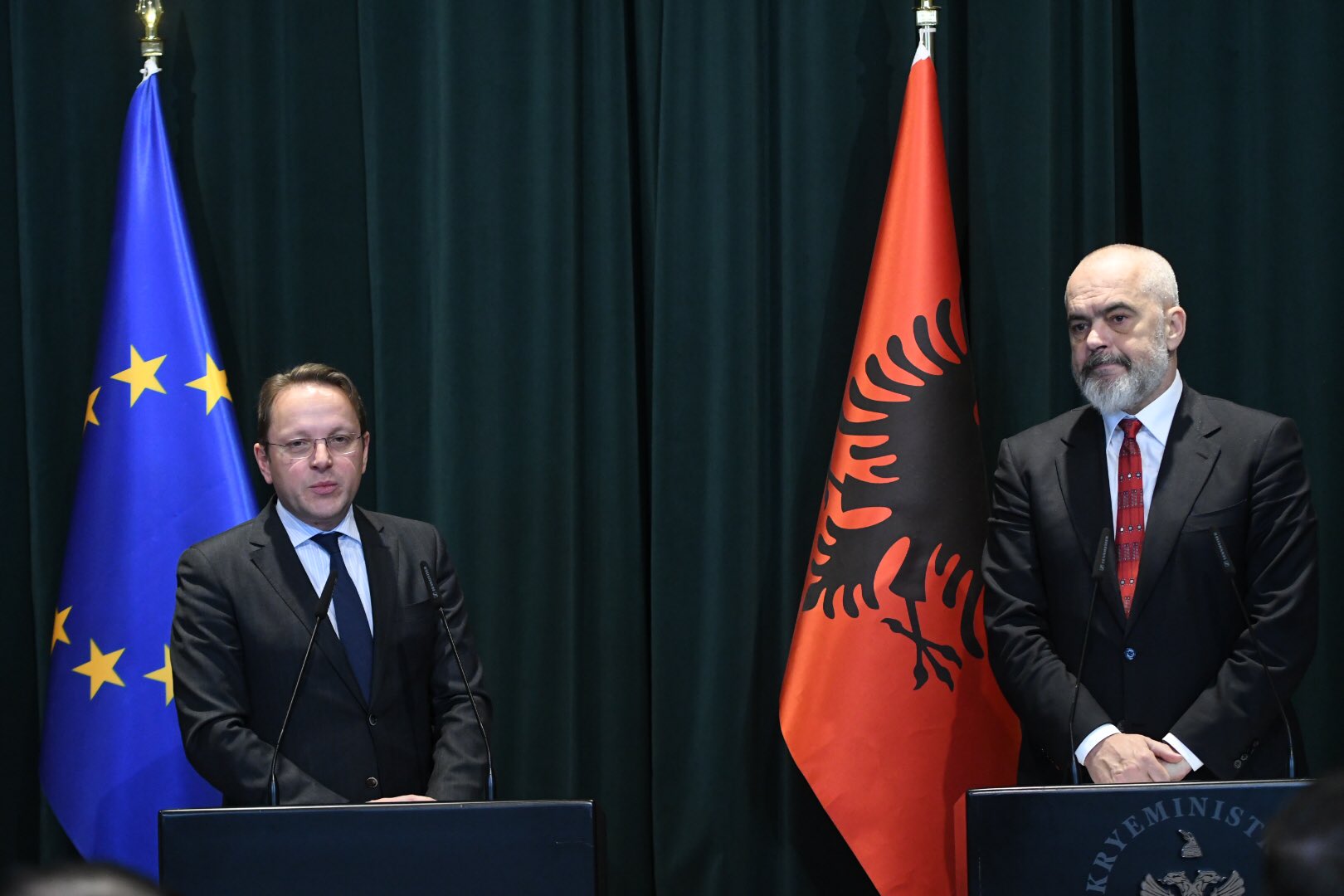 TIRANA – EU Enlargement Commissioner Oliver Várhelyi said in today’s joint press conference with Prime Minister of Albania Edi Rama that the aim is to open negotiations with the country before the Zagreb Summit, which will be held in May 2020.

During the conference, Rama and Várhelyi also talked about the common steps leading up to the Donors’ Conference for reconstruction after the earthquake of 26 November.

The Commissioner said that the European Commission’s Report continues to be relevant, especially its assessment that Albania is ready to open accession negotiations.

“As you know, the enlargement process and the Western Balkans are a priority for us. We want to increase our presence here. We want to be an even more important partner for the region. For this I will work hard with you Prime Minister to make this possible”, said Várhelyi, Radio Tirana International reports.

He stated that the agreement on electoral reform is an important milestone, promising to speak with the opposition about its role.

“All political parties must help to make this a reality. Without the support of all parties there can be no progress”, announced Várhelyi.

Prime Minister Edi Rama said that he and the Commissioner continued the discussion about the Donors’ Conference, which will be held in Brussels on February 17.

“The Commissioner and others are engaged in this matter. I say this because during the difficult times we had the opportunity to appreciate the true friends of our country and I am pleased to welcome today the Commissioner as a true friend of Albania”, Prime Minister said.

He thanked Várhelyi for his personal commitment to help overcome the consequences of the earthquake, added that the EU is the only way for Albania and the Albanians.

Speaking about the further progress of the integration process and the start of negotiations, Prime Minister Rama said that “we talked about our path towards the European Union. We are doing and will continue to do the same things as if the negotiations had started earlier”, Rama concluded, RTI reports.

Várhelyi also met with the President of Albania Ilir Meta, as well as the Speaker of the National Assembly Gramoz Ruci.