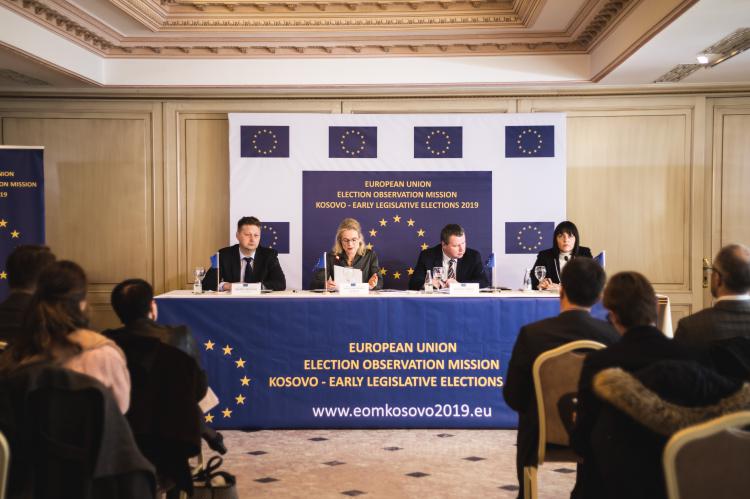 Viola von Cramon-Taubadel, a Member of the European Parliament, and Chief Observer of the EU Election Observation Mission, emphasized among other things the pressure to vote certain parties in Serb-inhabited areas.

Von Cramon-Taubadel said that vote-counting credibility and delays in certification of results came after the Central Elections Commission failed to take a timely decision and because of the controversies with the decision of the election results appeal bodies.

“There are recurring systemic problems with the election process. For instance, lack of clear provisions on challenging results at all levels, issues concerning the accuracy of the voter list, inadequate campaign finance regulation and oversight, and many others”, von Cramon-Taubadel said.

She emphasized that these problems need to be urgently addressed, considering also the efforts already taken by the Assembly’s ad-hoc Committee, in order to bring Kosovo fully in line with international standards for democratic elections.

Picula: Disagreements on the Law on Religious Freedom must be resolved by dialogue