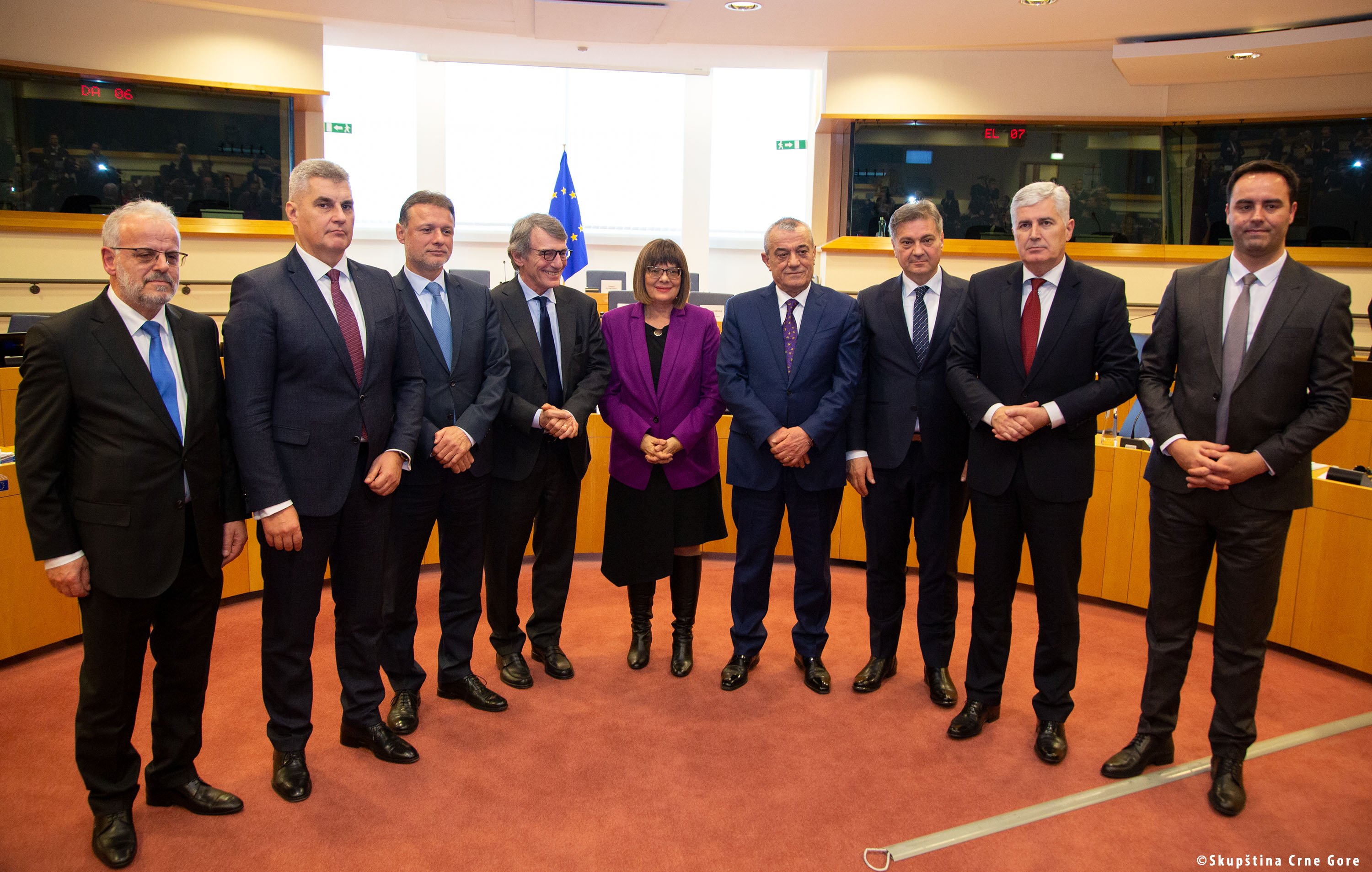 President of the European Parliament David Sassoli with the Speakers of WB Parliaments; Photo: Twitter/EP_President

BRUSSELS – At the invitation of European Parliament President David Sassoli, the speakers of the parliaments of the Western Balkans came together in Brussels on 28 January.

It was the first Summit of this kind. The participants were joined by the Speaker of the Parliament of Croatia, which is holding the rotating Council Presidency.

“Today’s summit reaffirmed our strong conviction that the Western Balkans and the European Union share a common destiny. We firmly believe that enlargement will benefit the people of the region and EU member states and that it can bring about much-needed reconciliation in the neighbourhood. Now, we need to make sure that this political will translates into action”, Sassoli stated.

The Summit concluded with a joint declaration, the text of which we report in full:

Finally, we, the Speakers of the parliaments of the Western Balkan Six, with the full support of the President of the European Parliament and the Speaker of the Croatian Parliament, representing the Croatian Presidency of the Council of the EU, commit to lead our respective parliaments on this path and help create a new political momentum in the enlargement process that responds to the expectations of all our citizens.”

The meeting was followed by a discussion with the Speakers in the European Parliament Foreign Affairs Committee, organised by the Working Group for the Western Balkans.