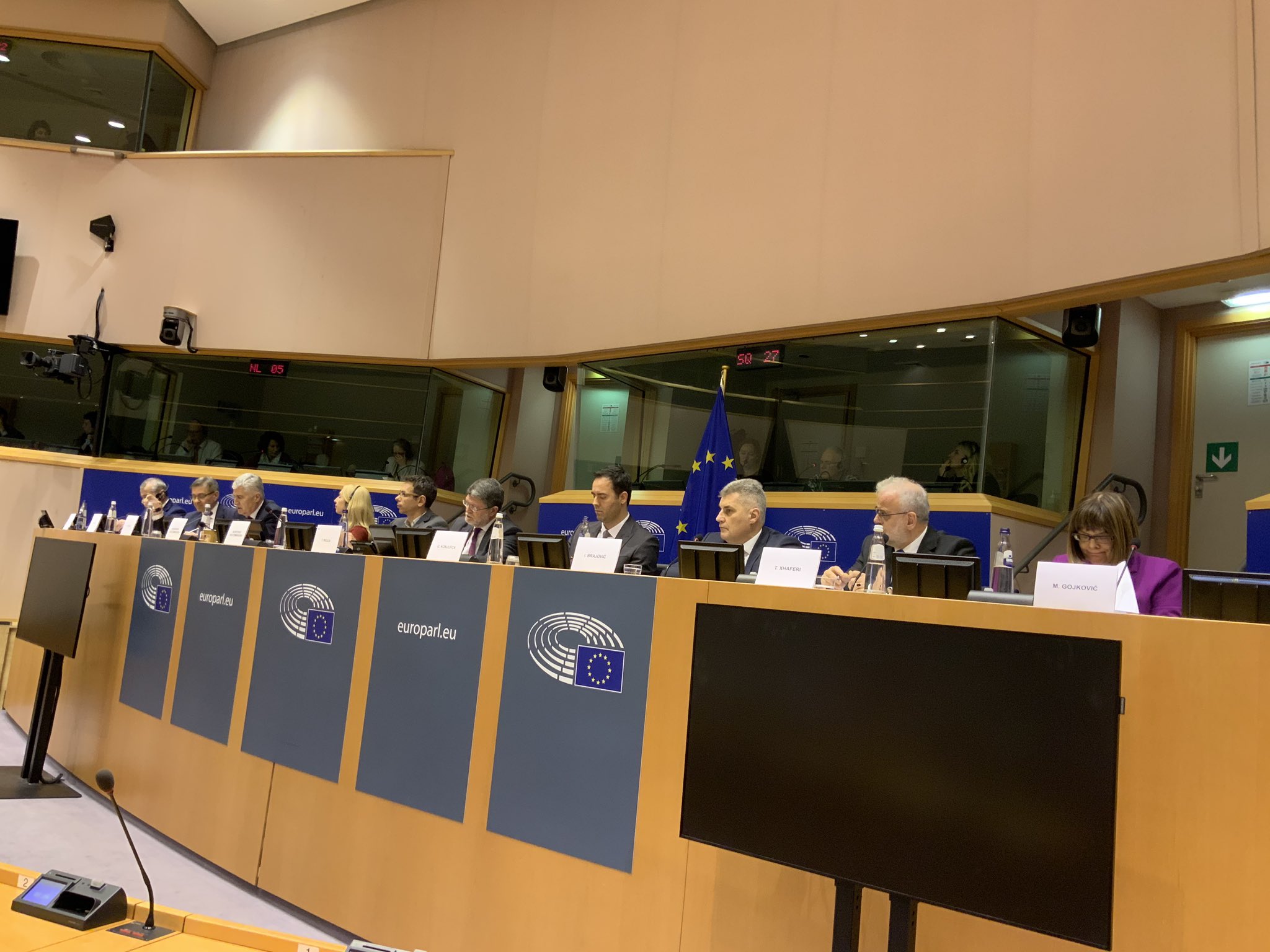 BRUSSELS – Speakers of the Western Balkans parliaments expressed their commitment to EU perspective of their countries, while the MEPs urged them to carry on with the reforms at the yesterday’s event organised by the Working Group for the Western Balkans in the European Parliament Foreign Affairs Committee.

The event was preceded by the meeting Speakers of the parliaments had with the President of the European Parliament David Sassoli, with whom they signed a joint declaration on the mutual support to the region’s EU future.

The discussion was chaired by the Chairman of the Working Group for the Western Balkans Tonino Picula (S&D), with all of the participants expressing hope that this will not be the only time that the heads of the parliaments are brought in Brussels together.

Speaker of the Parliament of Albania Gramoz Ruçi and his North Macedonian colleague Talat Xhaferi underlined the disappointment of their countries with the lack of decision to open negotiations with their countries and expressed hope that this will soon be corrected.

Their colleague from Serbia Maja Gojoković agreed that the decision not to open negotiations with North Macedonia and Albania was a bad decision for the region as a whole.

When it comes to Bosnia and Herzegovina, Both Denis Zvizdić and Dragan Čović, presidents of the lower and the upper house of the Parliamentary Assembly, stated that their country deserved to be recognized as the official EU candidate, and that this decision would positively contribute to the stability of the region.

“We are expecting to receive a candidate status this year – it will be a win for Bosnia and Herzegovina. There are only two ways ahead of us – the way of integration and the way of stalling”, Čović said.

Newly elected Speaker of the Assembly of Kosovo Glauk Kofunjca said that the last couple of years have seen the slowing down of the process of alignment with the EU, only 50-60% of the Stability and Association Agreement reforms agreed with the EU have been implemented.

President of the Parliament of Montenegro Ivan Brajović said that the whole region is looking forward to the presentation of the new Commission enlargement methodology which, according to him, will take place at the beginning of February.

He also commented on the length of the accession process.

“We have been negotiating for eight years – I am the one that believes that the road is as important as membership – but if 2025 is the nearest perspective for our country, what can we say about Albania, North Macedonia, Kosovo or Bosnia and Herzegovina?”, Brajović said.

Following the addresses of the Speakers, MEPs in charge for the region also expressed their views. Standing Rapporteur of European Parliament for Albania Isabel Santos stated that the word of the European Parliament has been given and can be counted on until the end.

“It is up to you to continue to play the role in this process. You need to keep on the reforms – they are important for the laws of the countries and the citizens”, she said.

“To have a stable region, it would be good to foster domestic reforms to deliver to your citizens what they expect. This would give the impression that this is not only the issue (imposed) from the outside. When it comes to multi-party pluralism, it would be a very important signal that the opposition in Serbia could participate and that the political framework is not as outrageous as it looks now”, von Cramon emphasized.

Chair of the EP delegation to EU-Serbia SAPC Tanja Fajon said that 2020 can be a make it or break it year.

“I sincerely hope that everybody feels that the conditions for free and fair elections have been met – I do not want to see the protests on the streets, and opposition not participating in the elections”, said Fajon in reference to the political crisis in Serbia.