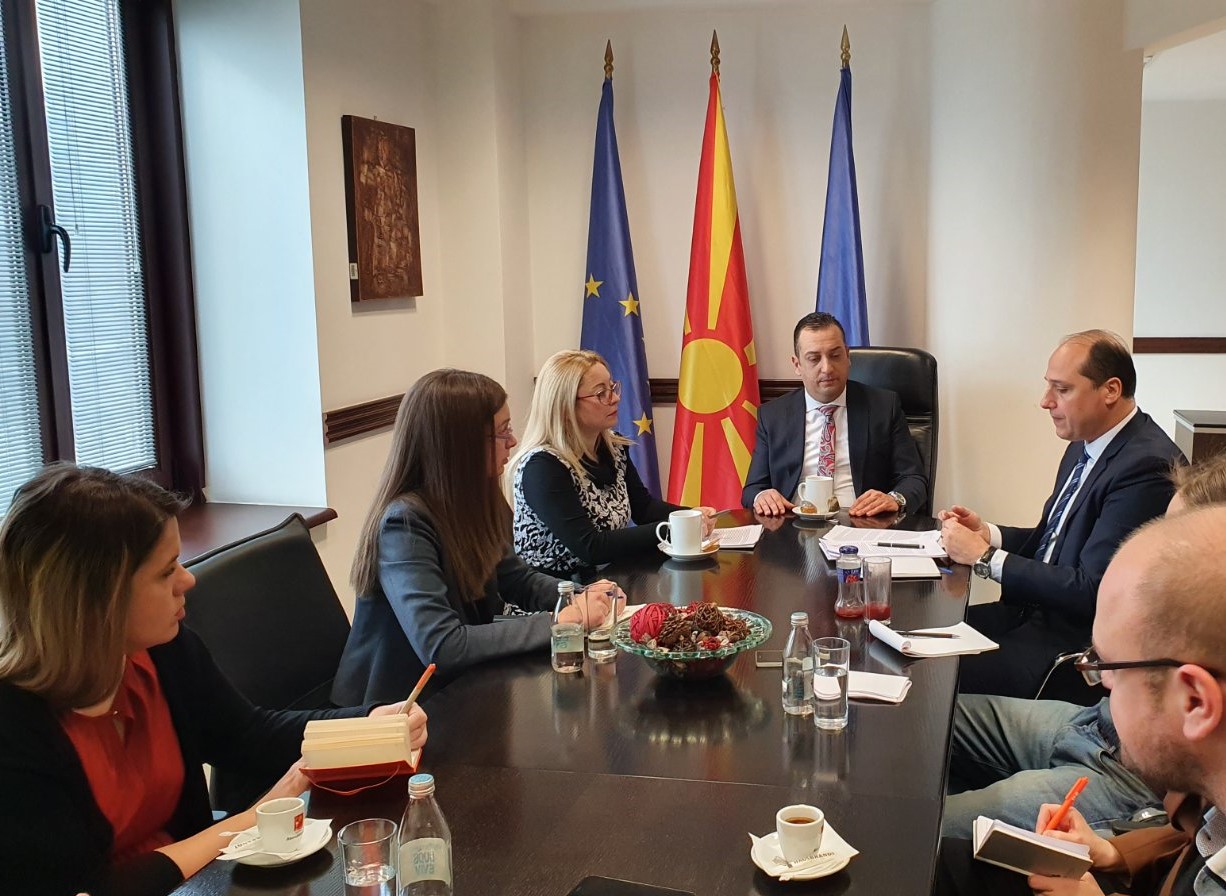 SKOPJE – “We expect that in early March, Spain will ratify the NATO accession protocol of North Macedonia”, said Zoran Popov, State Secretary in the Ministry of Foreign Affairs of North Macedonia. He explained that the government and corresponding committees are currently being formed in Spain and that the process of ratification is expected to be completed afterwards.

During the meeting with the researchers of Belgrade Centre for Security Policy and media representatives, Popov emphasized that without the Prespa Agreement and without an agreement on friendly relations with Bulgaria, there would not be any perspective of North Macedonia’s Euro-Atlantic integration.

“The Balkan experience has shown that countries in the region find it very difficult to reach an internal consensus on important internal and external issues”, Popov said.

Today, according to him, North Macedonia has reached a consensus on three key foreign priorities: EU integration, NATO membership and policy of active pursing of good neighbourly relations and cooperation.

“This fact is all the more important because the consensus is not only political but also civic. All citizens of this country, regardless of ethnic or religious background, have declared that the EU is without alternative”, said Popov and added that politicians as active agents of the political process are obliged to put these aspirations into practice.

Popov cited four benefits that North Macedonia will have from joining NATO.

“First, the national security and stability of North Macedonia. You know that the Balkans are an inexhaustible source of inspiration. Since the beginning of the year, we have been listening to various theories and ideas such as opening a Pandora’s box, redefining of borders, and the like. For us, after joining NATO, these issues would be resolved once and for all, which is a very important issue for a small country”, he concluded.

The other major benefit is getting a seat at the table, side by side with the world’s largest powers, and gaining the right to vote, which is significant because all decisions in NATO are made by consensus.

As a third benefit, Popov sees foreign direct investment or a stronger economy.

“Over the years, all the analyses have shown that the economic benefits, in terms of large foreign direct investment, new jobs and a better standard of living, of retaining youth in the country are indisputable”, said Popov.

Lastly, as a final benefit of NATO accession, Popov sees a more stable region, Europe and the world order.

We plan to deepen cooperation with Serbia; We ask from EU strict, but fair treatment

Popov also referred to the official relations between Belgrade and Skopje, assessing them as very good.

“For us, these numbers are the beginning, an encouragement and a motive to deepen and intensify this cooperation. I want to say that one of the priorities of the Government of North Macedonia is to improve cooperation both bilaterally and regionally, as well as a common approach in terms of European integration”, said Popov, adding that North Macedonia absolutely respects Serbia’s military neutrality.

Popov also said that the European Union remains a key partner and the largest donor to North Macedonia, regardless of the great disappointment of the public following the decision of the European Council in October 2019.

“The European Union should send an unambiguous signal as soon as possible, not because of politicians and political parties, but because of the people of this country, to which this is very important”, emphasized Popov.

He said that he has nothing against the new methodology because North Macedonia is implementing reforms for our sake, not to please Brussels.

“In that sense, we expect the adoption of the new methodology as quickly as possible. We are also monitoring what is happening with Serbia and Montenegro. I find it not fair that the policy of enlargement as such is delayed”, said Popov and concluded that North Macedonia is seeking strict, but fair treatment from Brussels.

BCSP published analysis “The Security Sector in the State of Emergency: Testing Democracy”