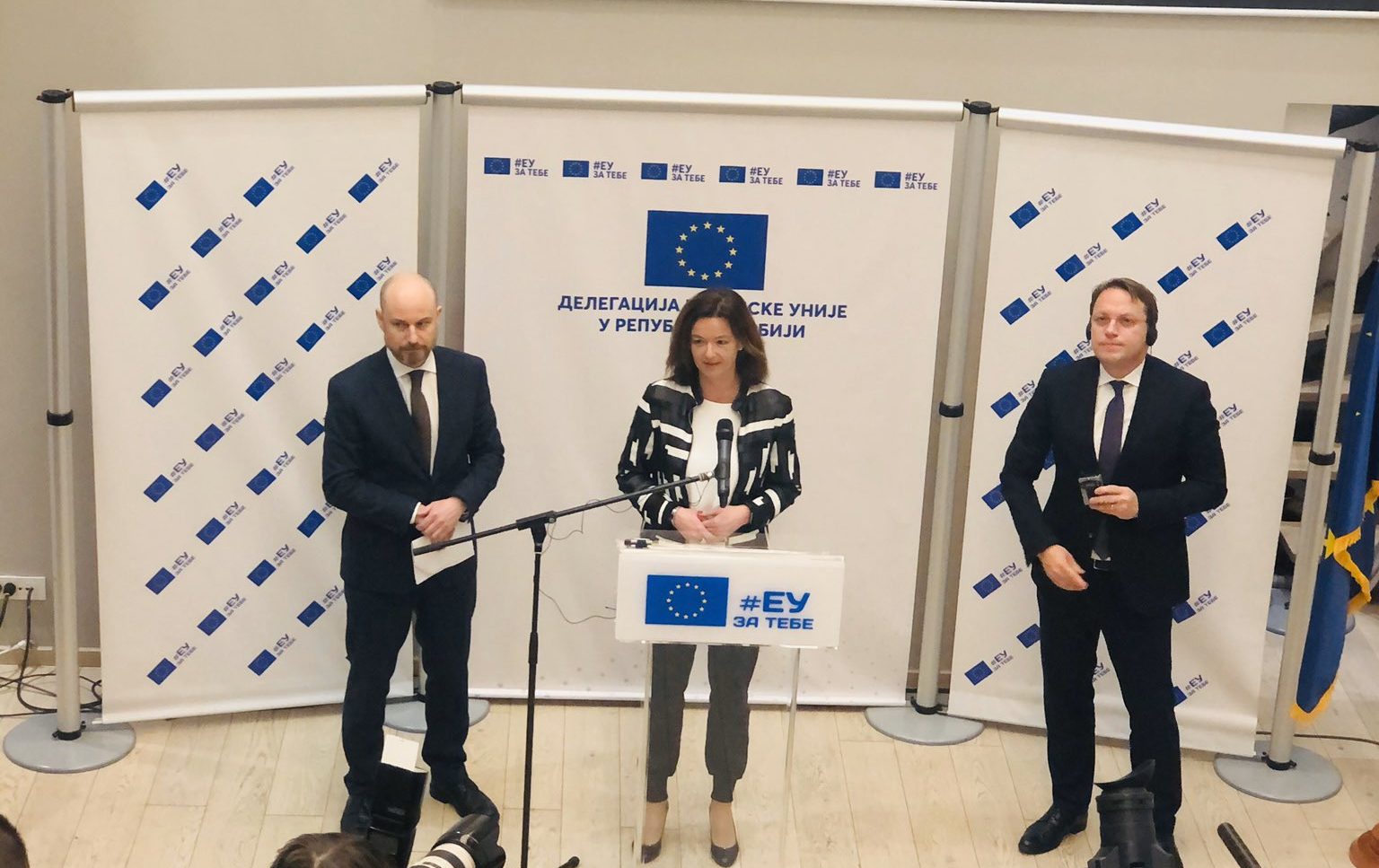 BELGRADE – While the European Commissioner for Neighbourhood and Enlargement Olivér Várhelyi believes that Serbia is close to the conditions for free and fair elections, which will be established once all recommendations from the party dialogue are implemented, Chair of EP Delegation for Serbia Tanja Fajon emphasised that the media situation in the country is getting worse.

Speaking at the press conference in Belgrade, which he visited today with Fajon and EP Rapporteur for Serbia Vladimir Bilčik, Várhelyi said that the parliament of Serbia is working on the conditions for fair elections and will soon appoint the two missing members of the Regulatory Body for Electronic Media (REM).

According to him, inter-party dialogue mediated by the European Parliament has achieved significant results.

“We are calling all political parties to participate in the election”, the Commissioner said.

Last week, biggest opposition parties have signed a “Declaration of Boycott” of the parliamentary election on 26 April, claiming there are no fair conditions for the elections.

Read also: Return of the mediators: What is the state of electoral reforms in Serbia?

Some of the concerns expressed by the opposition and the civil society were raised by Tanja Fajon.

She said that the situation in the media environment is getting worse and that this was also registered by OSCE and international community.

Reacting to the comment made earlier today by an MP and head of the parliamentary group of the ruling Serbian Progressive Party Aleksandar Martinović that “she is continuing the 1991 war between Slovenia and Serbia in a different way”, Fajon (a Slovene) said that she still feels welcome in Serbia and that this was a comment made by one MP that has expressed hate speech before.

“I am sorry that politicians are spreading hate. This is deteriorating the trust of the citizens in the institutions”, Fajon said.

The session in which Martinović described Fajon this way was dedicated to the adoption laws lowering the threshold to enter the parliament from 5% to 3%. Adoption of such a measure two and a half months before the election date and without public consultation was criticized by civil society organisations, while the opposition described the aim of the move to mitigate the effect of boycott, enabling smaller parties to enter the parliament.

Asked to comment on this issue, Várhelyi said that, while last minute changes are not always the best way to start an election campaign, he got assured that the whole parliament supports it.

Most of the opposition MPs have been boycotting the sessions of parliament for more than a year, citing the obstruction of the debate by the ruling majority as the main reason. The actions of the ruling party were noted by the European Commission Report in May 2019.

Bilčik: We will be back

EP Rapporteur for Serbia Vladimir Bilčik stated in a press conference that, shortly after the release of the European Commission’s proposal for a new enlargement methodology, the message of the visit is that all EU institutions have enlargement highly on the agenda.

He said that the lack of trust between the political actors is the main problem in Serbia.

“Every opportunity until the very last days of the elections should be used so that everybody could participate in the election”, he said, adding that the space on the public media is one of the most important aspects.

This is hardly the last time that the EP representatives are in Serbia, said Bilčik, adding that he hopes that they will return as soon as possible, especially after the elections.

Fajon, Bilčik and Várhelyi arrived in Serbia today with two aims – to take stock of the electoral reforms agreed to by the political parties and to present the proposal for the new enlargement methodology. They meet with the MPs, opposition parties and the Prime Minister, while Várhelyi also met with the President of Serbia Aleksandar Vučić.

Zaev: Name resolution by July, after which we will become a NATO member

Council of the EU calls on BiH to form government, welcomes presence of Althea