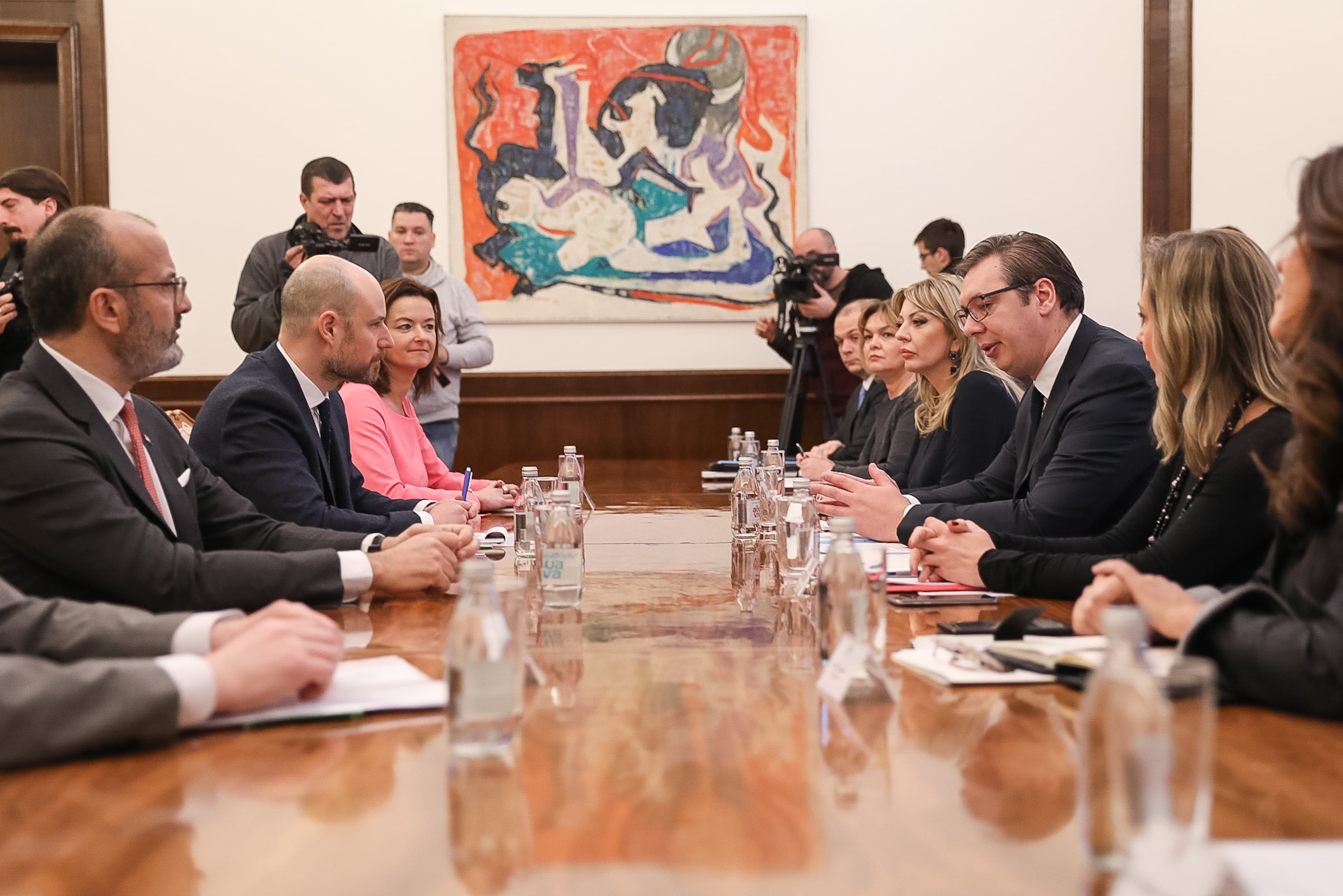 BELGRADE – MEPs Tanja Fajon (S&D) and Vladimir Bilčik (EPP) called for Serbia to improve its electoral conditions, especially when it comes to the freedom of the media, and invited opposition to reconsider its boycott after concluding their meeting with the representatives of government and opposition in Belgrade.

“We continue to hear concerns expressed by all political actors, experts and civil society about the lack of freedom of the media. Many speak of unfair coverage, biased editorials, abusive language, intimidation and even hate speech”, said Fajon, according to European Parliament’s press release.

Commenting on the decision of the ruling party to lower the election threshold from 5% to 3%, which was announced three months before the election, Fajon said that Serbian citizens need to feel confident in the electoral framework, any major changes should be based on the widest societal consensus and not on the eve of elections.

“We urged the opposition to consider carefully their decision to boycott the elections. We regret that part of the opposition did not take part in the inter-party dialogue because more could have been achieved. The only way to guarantee political representation to their constituents is by engaging in the political and electoral process,” concluded Fajon, the chair of Parliament’s delegation for Serbia.

EP Rapporteur for Serbia Vladimir Bilčik assessed that there has been progress in the adoption of the recommendations of the interparty dialogue.

“However, the full implementation of these measures will need to be carefully monitored during the electoral campaign. It is fundamental that the bodies responsible for the management and regulation of the elections work proactively and in full transparency”, he said.

According to Bilčik, although the time is running out before the start of the electoral campaign, more can still be done to improve the conditions for holding elections, especially in the area of the freedom and professionalism of the media.