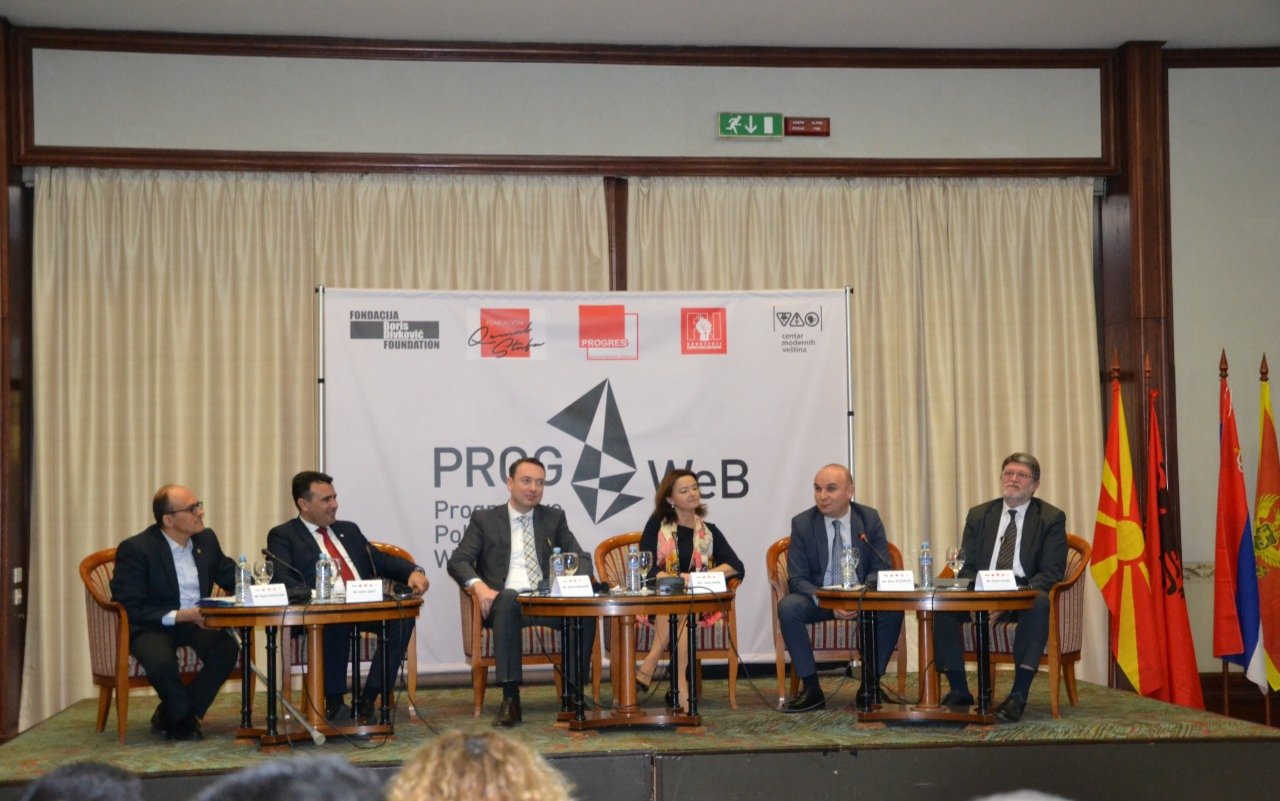 The conference was organised as the final event of the regional “Progressive Politics in the Western Balkans” (ProgWeb) political academy, which was launched in July 2019.

All participants have agreed that the countries of the Western Balkan belong to the EU.

Former Prime Minister of North Macedonia and President of the Social Democratic Union of Macedonia Zoran Zaev said at the opening event of the conference that the historical mistake not to open accession negotiations with North Macedonia and Albania in October 2019 has motivated the European Commission to review its approach towards the enlargement, which culminated in the adoption of the new methodology proposal several days ago.

“I have to emphasis that receiving the date to start accession talks will make a huge difference to us”, Zaev, who is running for the second mandate as the Prime Minister in the April elections, said.

He added that the EU itself is aware that the region of the Western Balkans is of geostrategic importance.

“For all of us, there is no alternative than the full membership in the EU”, Zaev said, adding that the North Macedonia will prove to the EU that its society has an European future regardless of the positions of individual member states.

Chair of EP Delegation to Serbia Tanja Fajon (Social Democrats, Slovenia) repeated that it was a mistake not to open accession negotiations with North Macedonia and Albania.

“We lost credibility on the side of the EU in the hole enlargement process. But EU proved that in only a few months a lot has been changed, we got a new methodology, something that is now a tool that changes things for the better”, said Fajon and added that North Macedonia and Albania have done their work and that the EU has to open the negotiations.

Fajon also commented the new proposed enlargement methodology saying that she is positive because it was clear that the process itself wasn’t working efficiently.

“I am not sure whether this new methodology will bring more obstacles on its way. But at the end of the day, it is all about people’s lives, how to make everyone secure in our society”, concluded Fajon.

MEP and Rapporteur on the Recommendations on the Western Balkans for the Zagreb Summit Tonino Picula (Social Democratic Party of Croatia) stressed that all history of the EU is history of the enlargement.

“EU and Balkans are bound together, culturally, politically, socially, economically. New methodology is hard evidence that the EU can act and react when it’s needed”, highlighted Picula.

(Yet) another “credible EU perspective”?