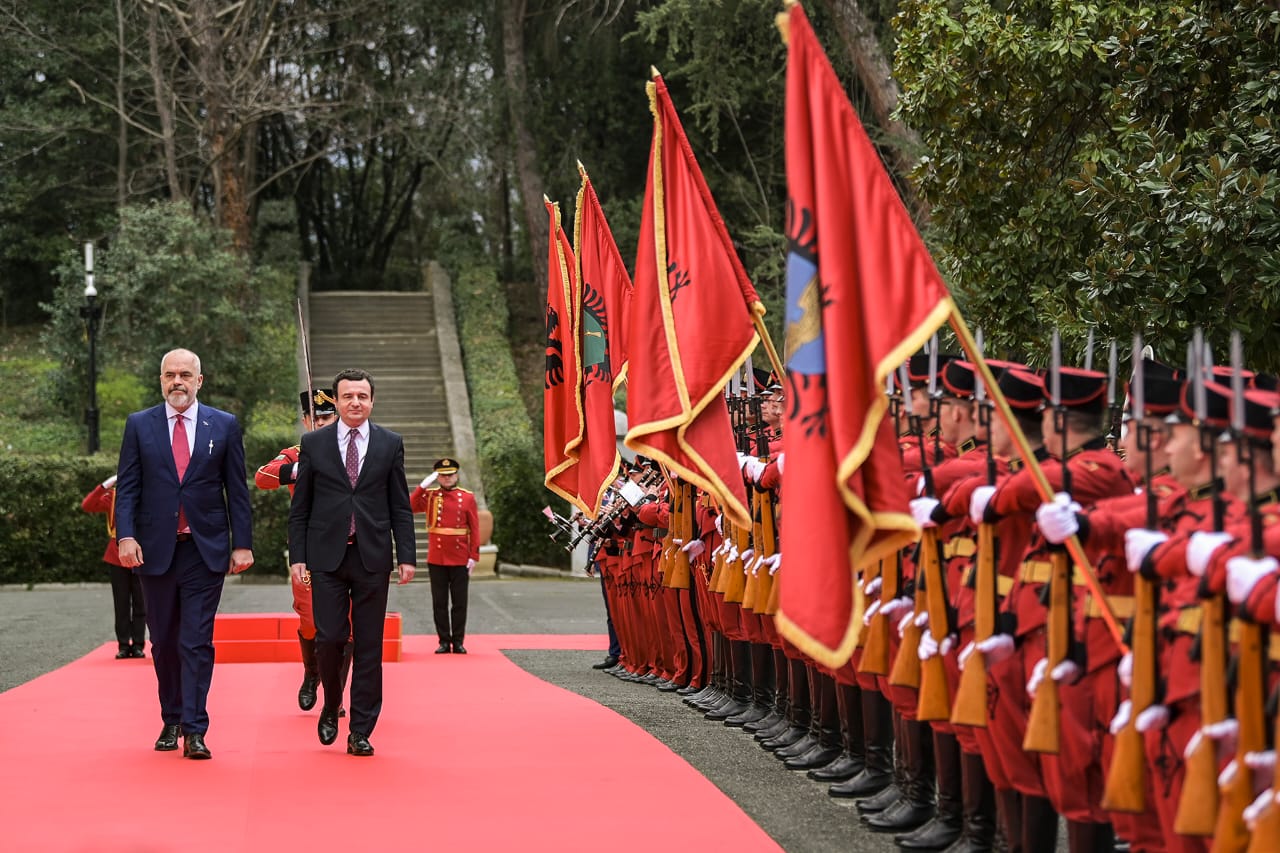 Albin Kurti, who is in his first visit abroad since becoming the Prime Minister, said that the topic of discussion with Edi Rama was more about “Albanian macro-Schengen” with Rama’s remarks “there is no Albanian ‘macro-Schengen,’ without Balkans ‘mini-Schengen’”.

Despite disagreements, Kurti thanked Albania for helping Kosovo during and after the war which ended in 1999, stating that the third decade of the 21st century should see enhanced cooperation between Kosovo and Albania.

“This is our first meeting and we will deal with a lot of issues,” Kurti said, Gazeta Express reports.

The two prime ministers also discussed organising a joint meeting of the two Governments in Shkodër. They also agreed to establish a joint commission which will be tasked to implement all agreements the two countries have reached over the years.

“It was a pleasure for us to welcome the delegation led by Kosovo’s newly decreed Prime Minister. I am glad that we have had an open, important, intense communication on where we are and where we want to lead our relationships, aiming at a new speed, in terms of cooperation in all areas and finding full engagement and full mutual readiness”, Rama said.

He said he also discussed the Berlin process with Kurti, adding that he will continue to talk about the harmonization of the actions and steps in support of the initiative to implement the four fundamental freedoms of the EU in the region, where cooperation with Kosovo remains a priority for Albania.

“If we do not realize the full movement of people and goods, capitals and services we have not performed our duty to people,” said Rama, Radio Tirana International reports.