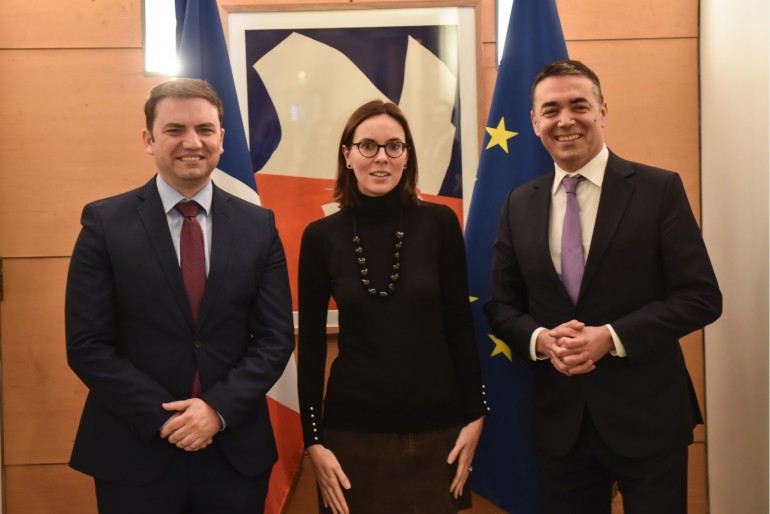 The focus of the talks was European integration of North Macedonia, in the context of announcing a new enlargement methodology of the European Commission to improve the accession process, stated in а press release of the Macedonian Foreign Ministry.

„The talks encouraged the friendship we have gained in Paris, which clearly speaks to the friendly relations we have with France and its sincere support for our progress towards the EU“, Osmani said.

He stressed that the European Commission’s message is clear and that the new methodology is a good basis for all countries that are genuinely ready to move forward with reforms.

„This is good news for citizens who are expecting results, but also a bigger challenge for politicians who will have to deliver more visible and transparent results,“ Osmani said.

Nikola Dimitrov underlined the importance of completing the reforms at home because it will eliminate any kind of excuse and welcome discussions in the European Council adding that North Macedonia will continue the reform path towards the EU.

Kurti, Rama, Vučić, Đukanović and Borrell at an off-the-record event in Munich