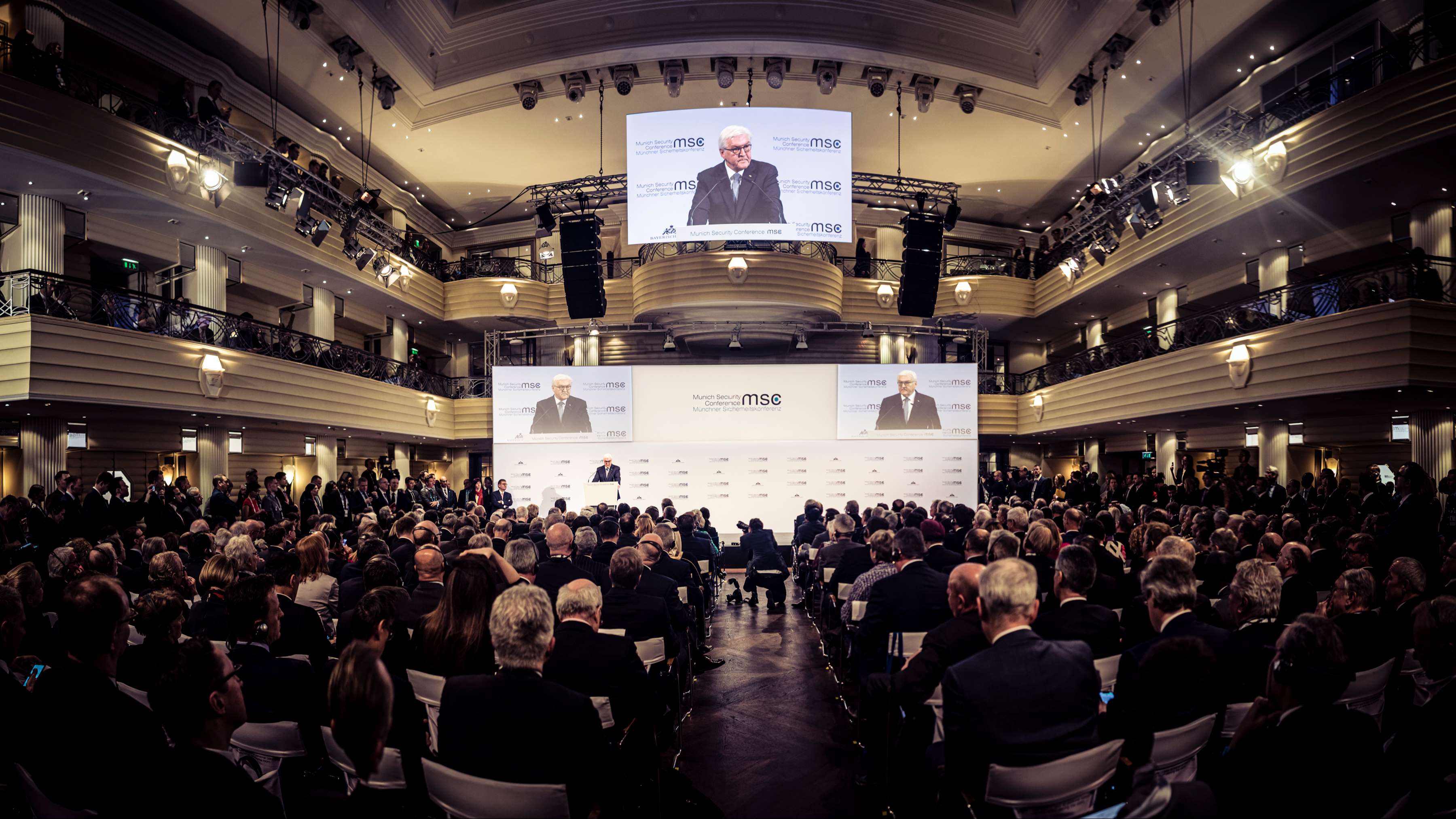 Ambassador Ischinger noted that, while the Munich Security Conference was a “Western family gathering” during the Cold War, this is no longer the case.

“Engage and interact with each other and don’t try to lecture”, he said, adding that the Munich Security Conference does not take sides and works as nonpartisan informal and independent platform.

“We have the voice of Trump administration at the Conference and the Iranian voice will be heard, as well. If North Korea decided to show, we would invite them also”, Ischinger said.

President of Germany Frank-Walter Steinmeier said that world is not the same as in 2014 when he addressed the audience on Munich Security Conference.

He said that Germany is deeply shaped by the experience of the World War II and thinks that Germany learned a lesson from history, but it seems that this is not enough.

“But today the evil spirits of the past are emerging, especially ethnocentric thinking and racism. We in Germany we fell that we are called upon to fight for dignity and open society in our country”, he said.

Steinmeier said that the world is witnessing destructive dynamics in world politics.

“The idea of great power competition is influencing reality all across world, we are witnessing wars in the Middle East and Libya”, he explained, and added that Russia has alienated from Europe, annexed Crimea and turned military force into a political instrument.

“China has had impressive rise and important actor in international relations, and at same time it is selective in acceptance of international laws”, he concluded.

Regarding the United States, Steinmeier said that he is worried because the US rejects the very concept of international community.

“USA under Trump Administration thinks that every country should put its interest first at the expense of the interest of the partners” said Steinmeier.

He said that the world is going back into security dilemma and the risk of the new nuclear race could cause proliferation and new nuclear instability.

“Great powers don’t adhere to the rules and do not protect the world order anymore. Reliance on national interests prevents us to take joint actions. This robs us of future in the closer connected world”, Steinmeier said.

He called for an effort to create the international community, which is a goal, but not a reality.

“We are changing living conditions on the planet and regressing in national politics. Only a global order will help us save the planet, so we need to build a supranational order”, he highlighted.

Speaking about the European Union, Steinmeier said that EU is in the state of economic divergence and there are emerging ideological divides.

“The EU is not going closer together. We see ourselves differently from how our partners see us. We think that we act in solidarity, and our partners that we act out of our national interest”, he explained.

He concluded that Europe is Germany’s fundamental interest and an indispensable framework which proved successful responses to challenges by history and geography in the past.

“German primary foreign policy goal today is found in our basic law, to promote world peace in a united Europe”, he concluded.

The Munich Security Conference will be held from 14 to 16 February 2020 and will gather more than 500 of prominent participants, which will discuss numerous topics, with the focus on “de-westernisation” of Europe and the World.

Dimitrov: Start of accession talks would persuade young people not to emigrate