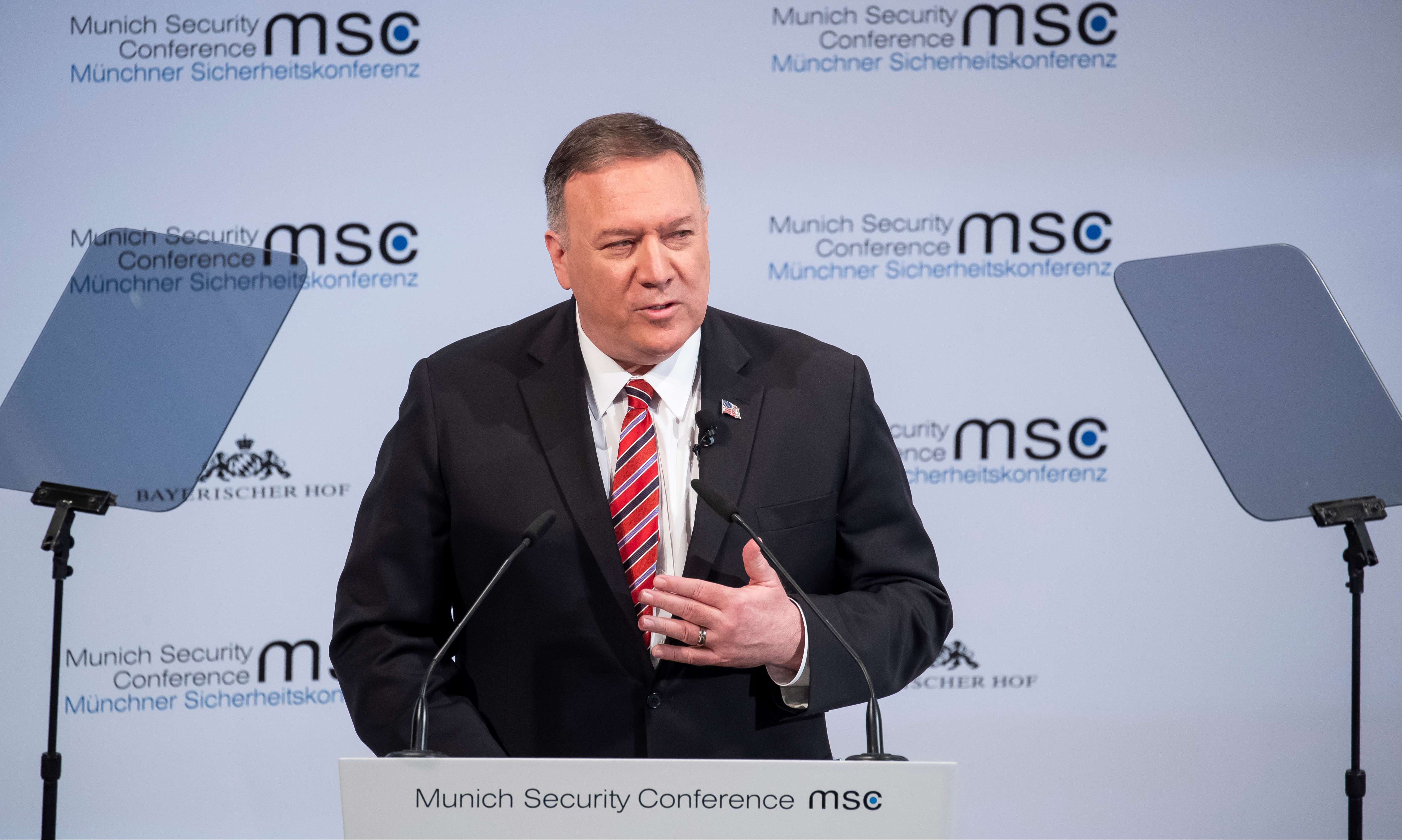 MUNICH – Western democracy is winning and China is the number one threat, while EU and USA cooperation on China could be strengthen through NATO – are some of the conclusions made by US Secretary of State Mike Pompeo, US Secretary of Defence Mark Esper, and NATO Secretary General Jens Stoltenberg on the second day of Munich Security Conference 2020.

US secretary of state Mike Pompeo disregarded notions made by some leaders in Europe that USA leadership and commitment in the Western world is in retreat and that US rejects international cooperation.

“These are not facts and do not reflect reality. We always wanted to bring allies and lead by example”, said Pompeo, stressing that $1 billion is dedicated for Central and Eastern Europe to support private sectors.

Commenting on “Westlessness” as the key phrase of this year’s Munich Security Conference, Pompeo said that the West is not withdrawing from the world but quite the opposite.

“The West is winning. Our governments respect human rights, we are in the time of economic growth, people are coming to USA and Europe. US political system is free, growth is high, unemployment very low, wages are rising for everyone, including blue collar workers”, said Pompeo and pointed out at highlighted sovereignty as the pillar of western freedom and democracy.

He portrayed Russian, Chinese and Iranian foreign policy as a “desire for an empire” and pointed out that these countries do not respect other countries’ sovereignty.

“Russia annexed Crimea, Iran has troops in many countries across the Middle East, China has maritime dispute with every bordering nation, said Pompeo.

He also pointed out the threats are coming from China in form of 5G technology which puts in jeopardy privacy through surveillance and facilities spreading disinformation.

When it comes to USA-EU wedge towards recent foreign policy regard the stance on Huawei and 5G technology coming from China, Pompeo said that problems with Europe are of tactical nature.

US Secretary of Defense Mark Esper also said that the top priority of the Pentagon is China, but also rogue states and violent extremism.

“Chinese Communist Party and Chinese military are active outside its borders. China is using artificial intelligence in order to strengthen its authoritarian rule, to supress protests and monitor its national minorities and it is engaged in technological theft. We insist that China must respect freedom, sovereignty and principle of transparency”, said Esper.

He also said that 5G leaves West vulnerable to espionage and that USA wants alternative solutions for the 5G network.

Esper said that the admission of the China to World Trade Organization under the assumption that it will become a market economy and eventually democracy, have proved wrong.

He expressed the willingness of the USA not to engage in conflict with China and pointed out at the area of cooperation, such as suppression of the Corona virus.

NATO – Platform for USA and Europe talks on China

NATO Secretary General Jens Stoltenberg stated that he believes in USA and Europe working together on various global challenges but acknowledge that there are differences.

“We are 29 different allies with differences right now. The history of NATO says we have managed to overcome the differences in the past”, Stoltenberg explained and added that the reality is that despite disagreements, USA is delivering more when it comes to European security.

Speaking about the relevance of Article 5 in today’s world, he said that there is strong commitment of the Allies and that the Article 5 is the core of NATO.

“The role of Article 5 is to deter conflict as NATO is tasked to prevent war, by sending message that if one Ally is attacked, all are”, said Stoltenberg, adding that USA and Canada increased number of troops in Europe, which indicates commitment for Article 5.

Speaking about the significance of NATO in getting European partners and USA closer on the policy on China, Stoltenberg said that NATO could bring them together in discussion.

“We are now addressing the challenge of China for the first time in history. NATO is an alliance based on rule of law, democracy and human rights. NATO is the only platform that brings together Europe and North America on a daily basis and we need to use this”, concluded Stoltenberg.

Plenković: Enlargement is a geostrategic investment in a strong Europe