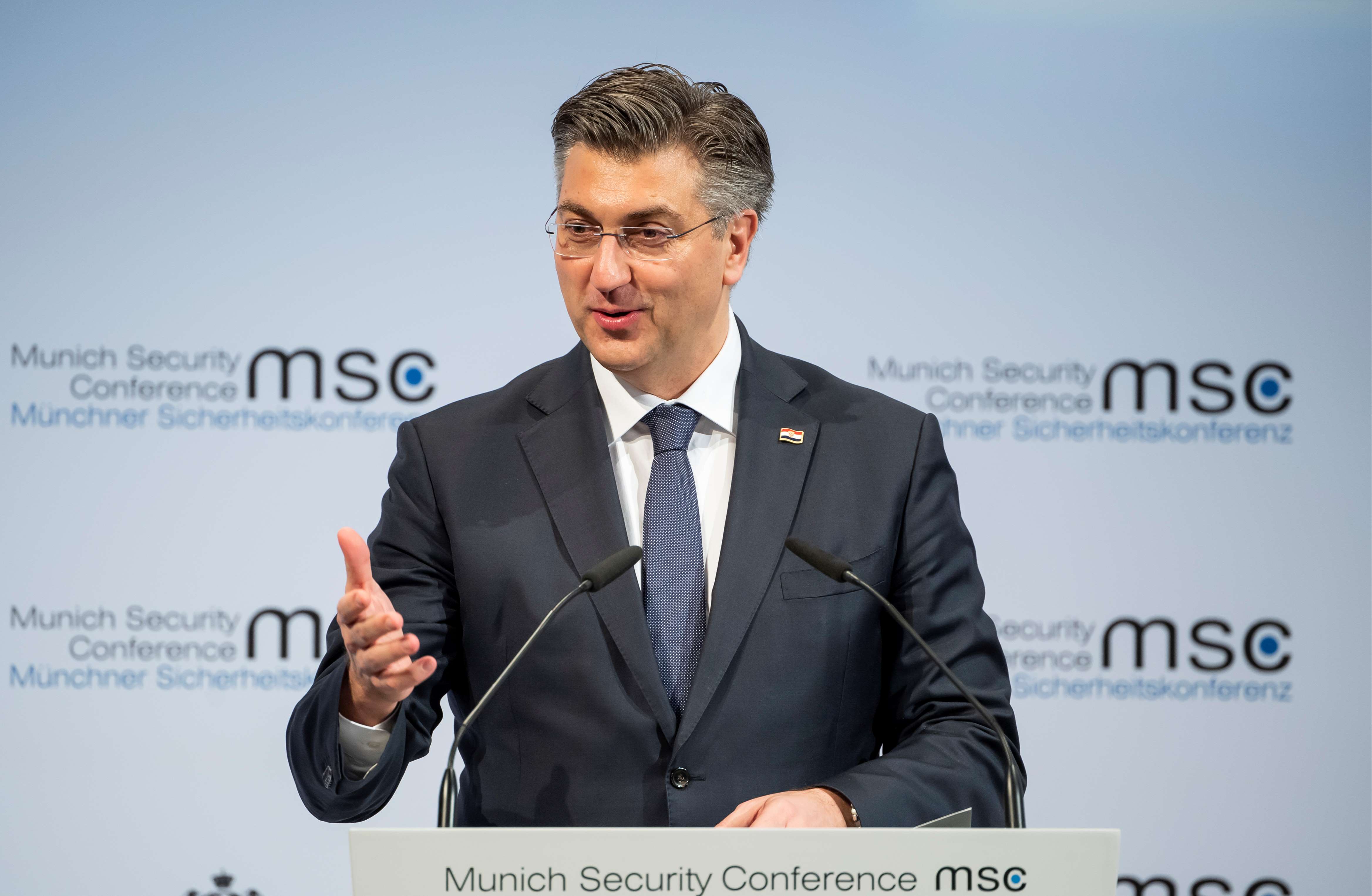 MUNICH – Enlargement is the key policy of the EU and represents a geostrategic investment in a strong Europe, said prime minister of Croatia Andrej Plenković at the Munich Security Conference 2020.

According to him, “Europe that protects” is one of the four main blocks of the Croatian EU presidency priorities, as the EU was confronted with asylum and migration crisis with ramifications on the political system and mood of the citizens in EU.

„One of the concrete measures by Croatia will be to propose Strategic Guidelines on the area of freedom, security and justice. Guidelines will have four main blocks: rule of law, mutual trust, integrity of territory, mastering new technology and artificial intelligence“, said Plenković.

The Croatian prime minister said that this problem has to be discussed with partners in the Western Balkans as well, but emphasized that discussion should go beyond this topics

„Enlargement policy is the key policy of the EU. It is a geostrategic investment in a strong Europe. In order to strengthen the EU perspective of Western Balkans, we will organize the Western Balkans Summit in May 2020“, said Plenković.

He added that this is a clear signal that Western Balkans neighbours are on the agenda of the Council while Croatia holds EU presidency.

“Leaders need to unite and not to divide societies”

President of Slovakia Zuzana Čaputová said that Europe forgot that democracy is mainly about the spirit of freedom, justice and solidarity and not just about the birocracy.

„For me, the EU is a community of values whose strength originated from these values. Rule of law requires strong institutions, active citizens and law-abiding leaders”, she explained.

Čaputová mentioned that the EU needs political responsibility from leaders in setting the rules i.e. the laws that guarantee freedom and stability.

„We also need personal and moral value of the political leadership which means voluntary separation of power”, Čaputová said.

Slovak president was also speaking about the societal concerns in today’s Europe when it comes to the rise of populism and the role of political leaders in this regard.

Vice President of EU Commission Věra Jourová said that two main topics will be covered at the planned Conference on the Future of Europe.

„The first topic is the electoral system of the EU and the other topics will be about how could the EU be more sovereign and strong, how to manage digital transformation, green transformation, upholding values, and tackling security issues“, she said.

She also mentioned that the plan is not to have e a debate just among politicians, but to discuss future of Europe with citizens

„We want to create a digital tool to raise the communication with citizens and invite national parliaments to join the discussion in order to work in responsible and transparent manner“, Jourová pointed out.

“Choosing solidarity over responsibility was an error”

Vice President of the EU Commission for Promoting the European Way of Life Margaritis Schinas said that in the past the EU paid more attention to solidarity than to responsibility, referring to the migrant crisis.

„This should be change in the new EU Pact on Immigration and Asylum, where we need to strike a right balance between these two”, he pointed out.

Schinas also said that EU security faces fragmentation and the lack of trust, and the EU needs to be strengthened to deal with migration issues, by building robust external border control.

„We need burden-sharing and solidarity mechanism with the countries that are on the first frontier of the immigration wave“, Schinas explained, adding that the 5G and artificial intelligence are some of the problems the EU needs to face with.