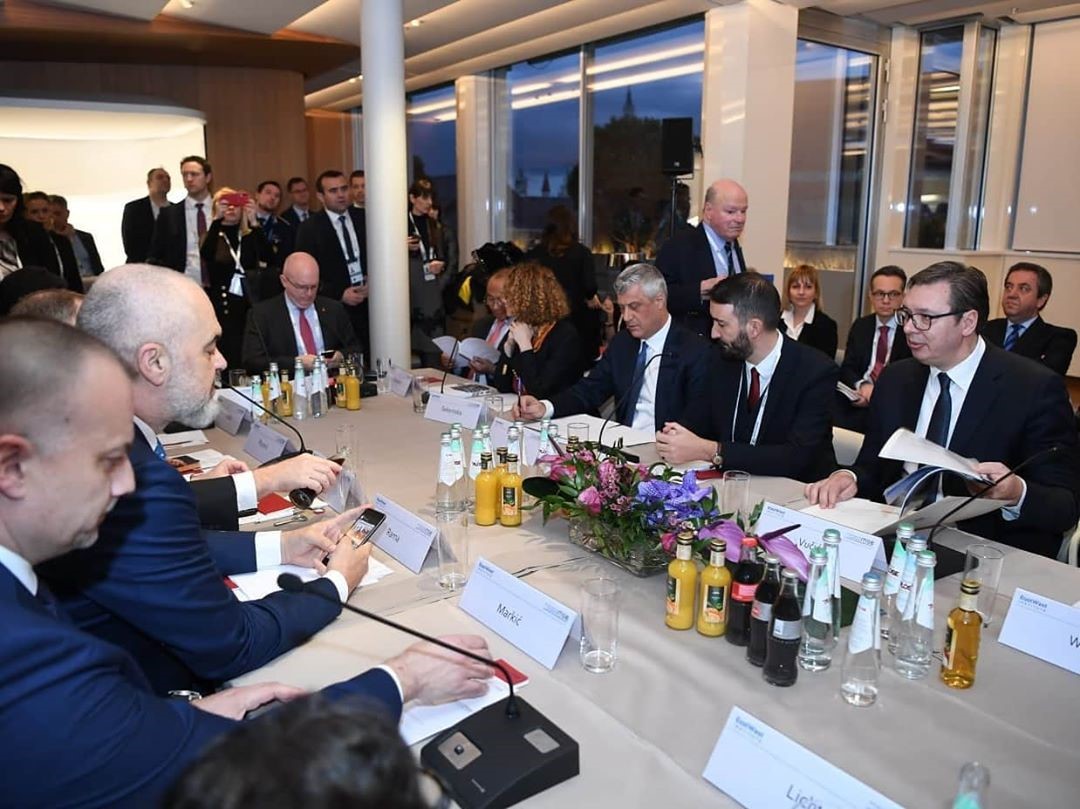 MUNICH – Even though Western Balkans and EU enlargement in general did not represent an important topic at the Munich Security Conference 2020, being overshadowed by issues such as the division in the West and relations with China and Russia, the region did find itself under the spotlight, described by an US official as a “fairly robust topic” on which there is still a lot of focus. This time it was the Serbia-Kosovo conundrum and the tensions surrounding it that took center stage.

Three events related to the Western Balkans were organized as side events to the Munich Security Conference 2020, one of the most important conference on international relations in the world, which was held from 14 to 16 February in the Bavarian capital.

Surely the most important event related to the Western Balkans was the panel discussion held on 14 February within the Balkans Dialogue programme initiated by EastWest Institute, whose previous events took place in Berlin and Belgrade.

This high-level event in Munich was held under Chatham House rules and was attended by Western Balkan leaders, high officials of the EU, member states and the US, as well as other participants of the Munich Security Conference. An unnamed US official described the high interest in this event as a “sort of a stampede”.

The panel discussion was the first occasion on which the newly elected prime minister of Kosovo Albin Kurti met with the Serbian president Aleksandar Vučić, and their meeting took all the headlines, overshadowing the presence of other topics and the presence of other high officials from the region.

Even though the event was held behind closed doors using Chatham House rules, the phenomenon which Albanian prime minister Edi Rama described as “Balkan Chatham rules” inevitable occurred, with a lot of information leaked to the media. Politico reports that chairman Ischinger broke the rules himself prior to the conference by announcing there will be a meeting between Vučić and Kurti, as participants should not have been named, perhaps foreshadowing the public spectacle that the event will turn out to be.

Serbian media considered to be close to the government quickly reported about a verbal clash between the Serbian president and Kosovo Prime Minister, claiming that President Vučić “silenced” and “destroyed” Kurti after the Prime Minister’s remarks that “Serbia should be liberated of Kosovo”.

Serbian daily Kurir reported that Vučić told Kurti that he will not humiliate Serbia, that the Kosovo Prime Minister does not represent a state as it was not recognized by half of the world, and that Kosovo needs to respect the Brussels Agreement and form the Association/Community of Serb majority municipalities.

Vučić himself later told RTS that the meeting was “tough” and that he “fought for the interest of Serbia and the Serbian people” and that he invested all of his “knowledge, energy and enthusiasm”.

Kurti’s speech on the panel was actually recorded and published online on the same day, with Vučić’s comments directed to him in Serbian clearly audible. This later led to the Serbian president saying that this shows “what kind of frauds we are dealing with”, and that he himself respected Chatham House rules.

Speaking on the panel, Kurti expressed his opinion that Western Balkan countries should be admitted to the EU at the same time and that the “mini-Schengen” initiative should be a part of the Berlin process, with all Western Balkan countries participating and the process evolving into a “mini Marshall plan”. He also spoke of his three principles for the dialogue with Serbia, that there are “no deals without a dialogue, no dialogue with maps and no maps with presidents around”. Kosovo Prime Minister finished his speech by saying that Kosovo was occupied by Serbia and that those who have “liberated Kosovo from Serbia” should now “liberate Serbia from Kosovo”, as it represents a great burden to it.

Several sources confirmed for EWB that there was indeed a verbal clash between Vučić and Kurti, and that the Serbian president reacted to Kurti’s statements very aggressively, including with remarks in Serbian which were audible on the leaked video. Serbian media presented Vučić’s behaviour in a positive light, but EWB sources described the situation as very unpleasant.

This development was in a sharp contrast to the events of the same morning, when in the presence of US presidential envoy for Serbia-Kosovo negotiations Richard Grenell and the two presidents, Serbia and Kosovo signed a declaration of intent about building highway and railway lines from Belgrade to Pristina. Both presidents Vučić and Thaçi thanked ambassador Grenell and the US efforts for what international media described as a “huge diplomatic step”.

However, even this event was not without controversy, as the Kosovo Prime Minister Kurti later claimed that the representatives of the Ministry of Infrastructure who signed the documents were not authorized to do so and that he was not familiar with the content of the agreements.

“Two agreements have been signed today in Munich by officials authorized by former Minister Pal Lekaj. The whole negotiation process was done before our government took power. Therefore, these officials have received no authorization from the new government to negotiate or sign agreements,” Kurti wrote in Facebook, reports Exit News.

This development clearly shows that the question of who has the mandate to engage in the dialogue with Serbia, prime minister Kurti or president Thaçi, is likely to remain controversial and create further conflicts between Kosovo officials.

The third Western Balkan related side event on the Munich Security Conference was the panel discussion “Building Societal Resilience in the European Neighbourhood”, organized in partnership with the BMW Foundation, where Kosovo Prime Minister Kurti and North Macedonia’s foreign minister Nikola Dimitrov participated alongside the director of the European Fund for the Balkans Aleksandra Tomanić and the European Commission Vice-President Margaritis Schinas.

The events in Munich might signal a rise of international interest in the Western Balkans and resolving the Serbia-Kosovo conundrum, but the manner in which events unfolded leaves a huge question mark about the political will for normalization among the governments in question ahead of the EU-WB Zagreb Summit in May.