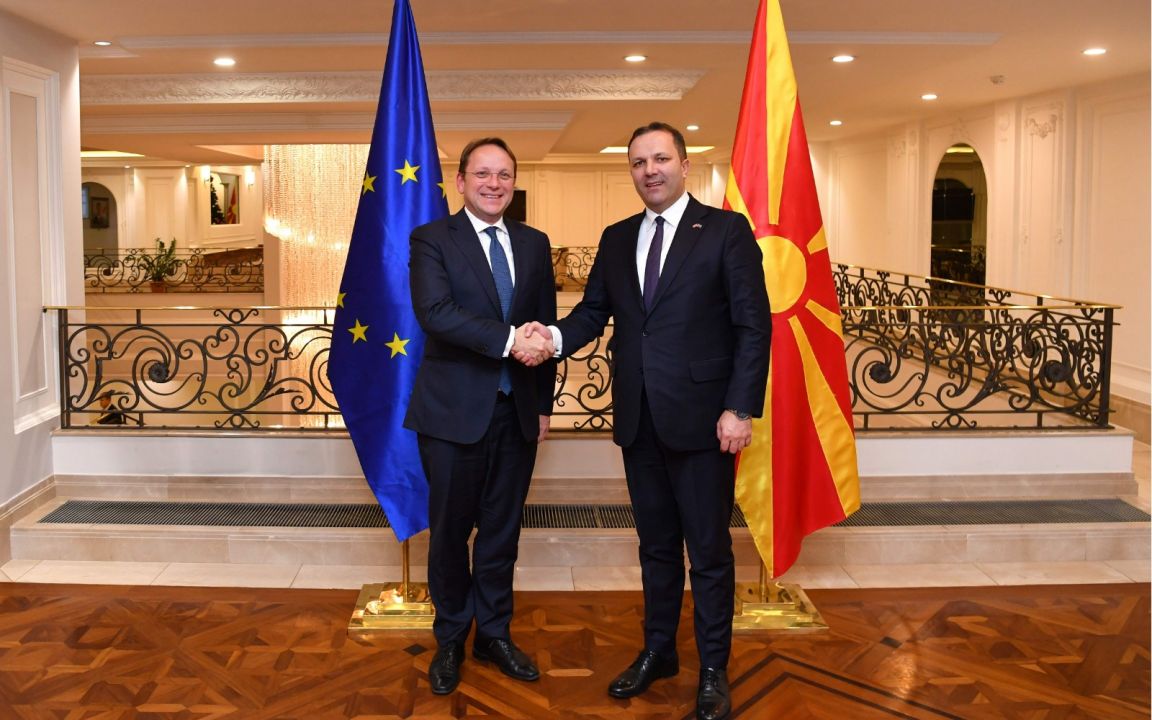 SKOPJE – It is important that North Macedonia gets the date for the start of accession talks before the elections in April, said the Prime Minister of North Macedonia Oliver Spasovski in an interview for EUobserver on February 18 and warned that the election campaign will be “one of the dirtiest ever”.

“The Republic of Northern Macedonia has the capacity to organize democratic, fair and free elections where citizens can decide which way the country should go”, stressed Spasovki.

He also assessed that “fake news and media propaganda will be part of day-to-day life during the elections”, adding that the country has the power to deal with those threats and to organize free, fair and legitimate elections.

He urged the EU to make a decision on starting accession negotiations with the country ahead of the April elections because, as we explained, there are two opposing political blocks in North Macedonia.

“The first one advocates EU and NATO integration, prosperity, freedom, transparency, and democracy. The second one represents a concept that is against everything that I have listed and is supported by the current opposition”, said Spasovski.

According to him, the opposition party VMRO-DPMNE “has done nothing to change the era of “Gruevism” and that concept is still deeply rooted in party activities, warning that “the failure [of the EU] to make the right decisions at the right time only stimulates the people to lose faith in the European perspective”, concluded Spasovski.