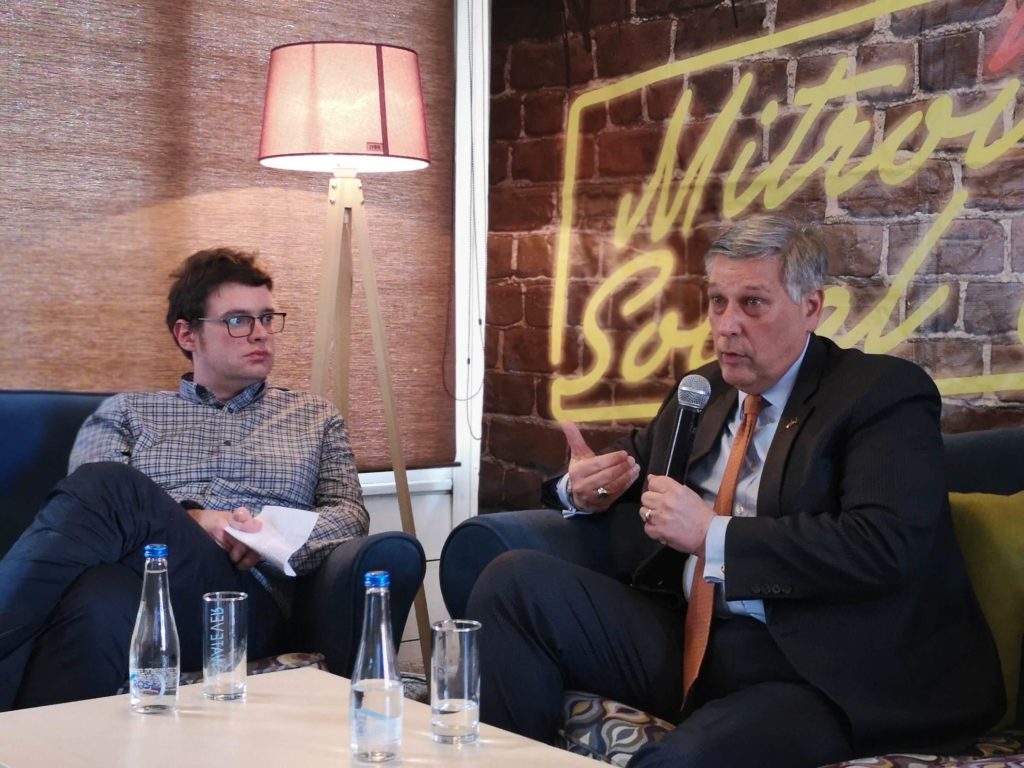 US Ambassador to Kosovo Philip Kosnett; photo: Radio Kontakt plus

KOSOVSKA MITROVICA – Kosovo should immediately abolish tariffs without any preconditions and we are convinced that the Government in Belgrade will take positive steps in dialogue, said US Ambassador to Kosovo Philip Kosnett, Kossev reported.

Kosnett stressed that the US will not cease supporting Kosovo if tariffs are not abolished.

“Ambassador Grenell has never said that we will suspend assistance to Kosovo or its institutions unless tariffs are abolished. However, we believe that giving up tariffs will create opportunities for more investments because otherwise, it is difficult to imagine more US investment in Kosovo,” Kosnett added.

Kosnett said that the US strongly supports the current EU-led dialogue process, which aims at a comprehensive agreement between Belgrade and Pristina, adding that it is crucial to use this process to build a better future for the two nations.

“Kosovo is in a transition period, however, the international community has been assisting Kosovo for 20 years, but it will not last forever. I think we should forget the past, but it is important to understand and use it to build a better future for the two nations,” Kosnett said.

The US diplomat emphasized that it is very important that the Kosovo government represents the voices and interests of all citizens in Kosovo.

“I think it would be very important and useful for NGOs to be directly involved in the negotiations. People in Kosovo and Serbia are trying to foster more vigorous communication not only between the two governments but also between civil society, and are working on similar issues, trying to build a better future and addressing the longstanding issues left over from the days of the conflict,” Kosnett told.

Konsett reiterated that Kosovo is an independent country and that everyone living in Kosovo would be required to accept it.

EU says is not seeking recognition of Kosovo by Belgrade